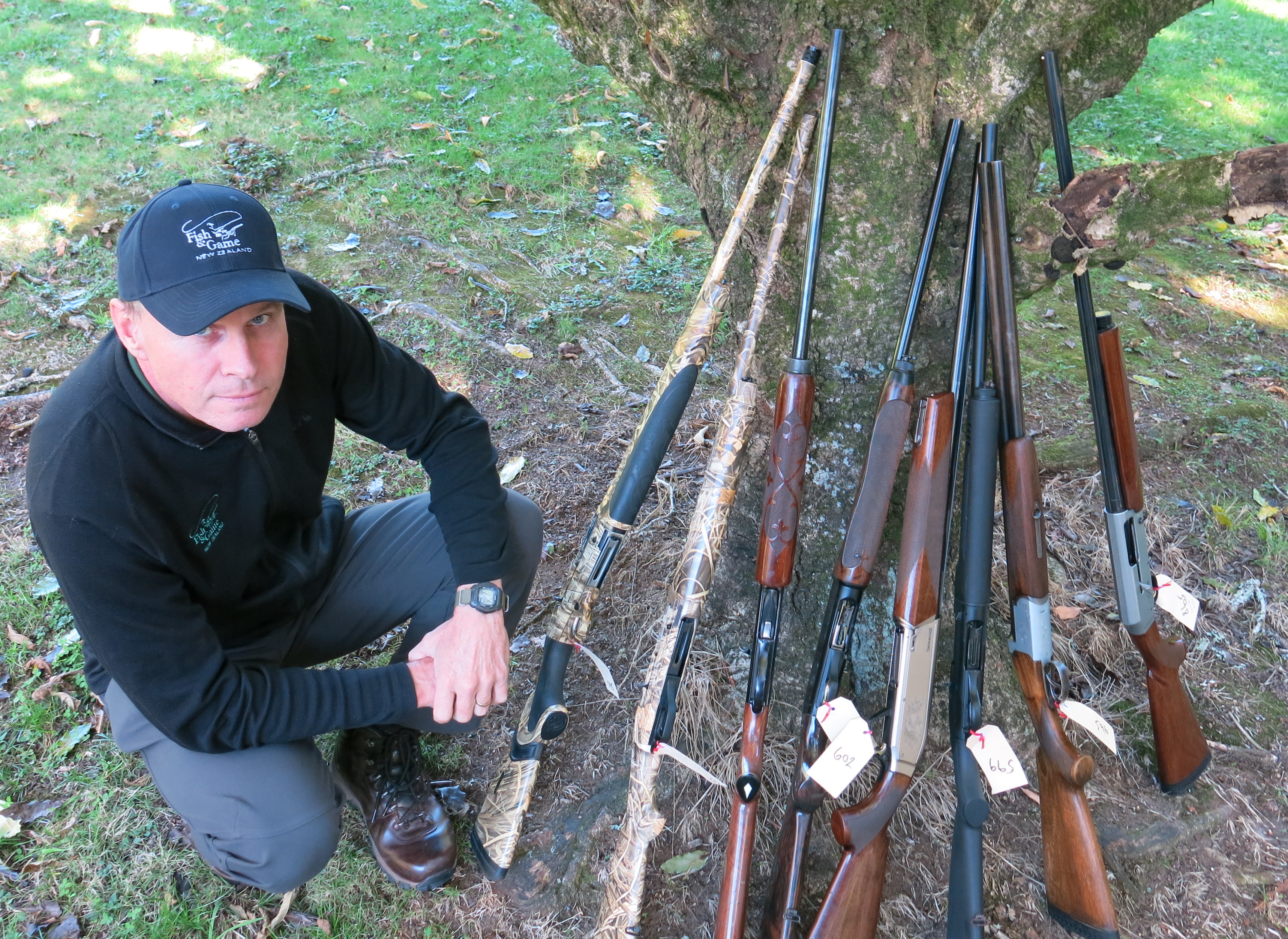 Fish & Game officers have taken a hard line on hunting offences at the opening of the new game bird season near Whakatane – seizing eight shotguns worth a total of more than $10,000 from their owners.

Fish & Game rangers had combined with Police officers over the weekend as the new hunting season began (Saturday May 5), carrying out checks on hunters.

Three of the men, all Bay of Plenty locals, were using unrestricted guns as well as banned lead shot.

“Lead shot restrictions have been in force for over a decade now, and this is the second  year of the magazine restriction so such breaches simply won’t be tolerated,” he said.

“Our message is that any hunters found using lead shot in breach of the ban, or using shotguns without magazine restrictions in place can expect to have their guns seized, and face further action which could include a court appearance,” Mr van Dorp says.

“There’s a lesson here for others in that these regulations are not “optional add ons” and are strictly enforced.

“Hunters need to realise these rules are in place for sound conservation and environmental  reasons to protect the hunting resources, and hunters are responsible for checking them and making sure they comply.”

On a more positive note it was pleasing to see that all the hunters involved had current hunting licences.

Mr van Dorp says that rangers will be making further checks as the season continues.

“So please stay on the right side of the regulations and the rangers, and enjoy your hunting to the full.”

“While we do our checks Police are able to check firearms licences and get across safe handling messages.”  This is a very positive approach and well received by hunters.

The Eastern Region is one of a number of Fish & Game regions where the number of shots that can be fired is restricted.

The ‘three shot’ rule means that guns must be pinned so that there is no more than one cartridge in the breech and two in the magazine.