Father's Day success for young hunters in the Hawke's Bay 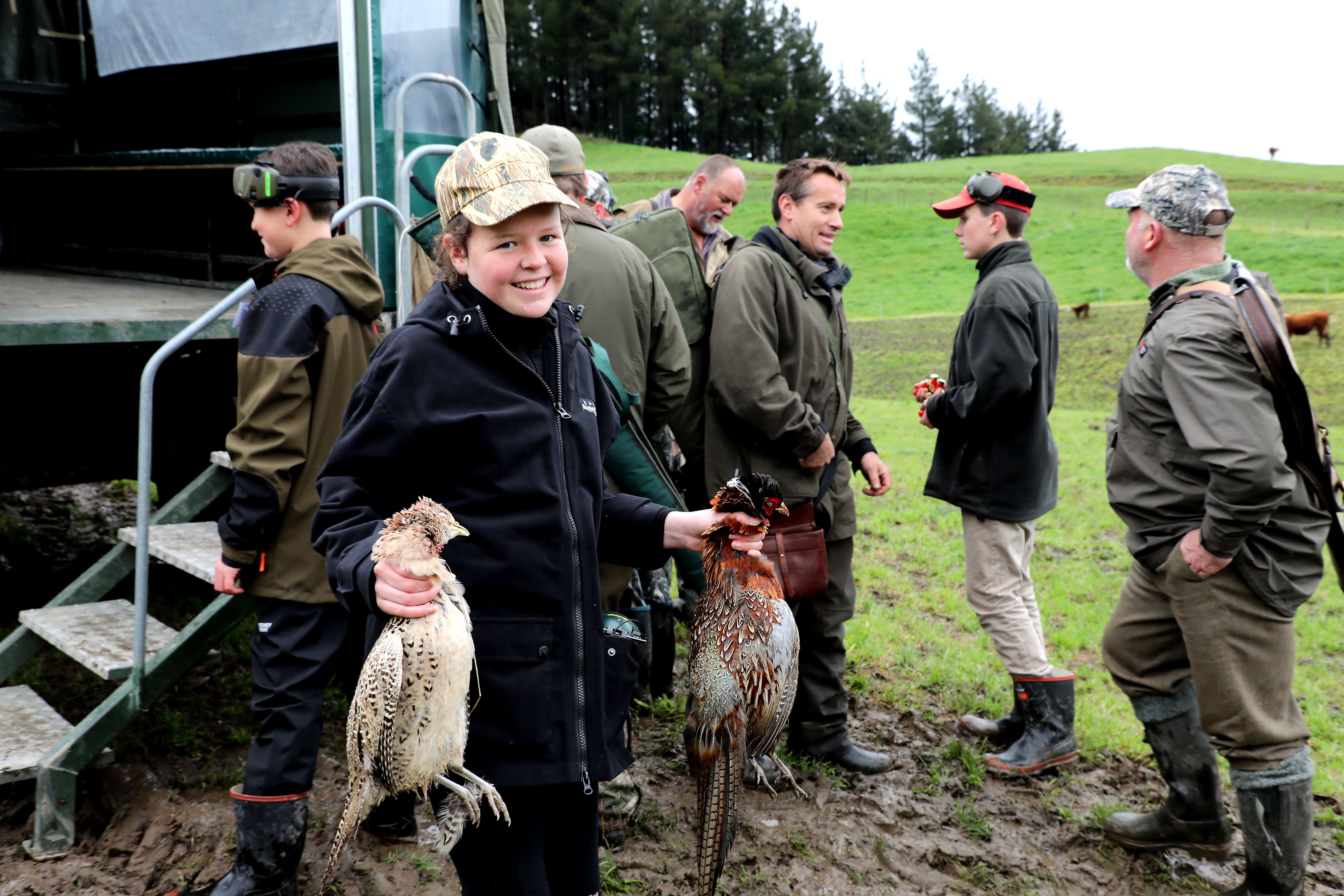 Each year, nine junior game bird licenceholders from the Hawke's Bay region get to go on a Father's Day driven pheasant shoot at the historic Tuna Nui Station.

All junior game bird licenceholders in the region are contacted and those that respond go into a draw for the nine spots.

Organised by Hawke's Bay Fish & Game staff, Tuna Nui Station and NZ Gamebirds this is truly a once in a lifetime experience for these young hunters.

Above right: Giulietta Whitney with the results of a successful shoot.

Cold weather failed to dampen their spirits and the nine Hawke's Bay youths paid close attention to their minders and after a slow start, started harvesting birds with regularity.

For many it was their first time shooting at birds overhead coming straight at them. While most had experience of clay bird shooting, those birds are flying away from them, rather than straight at them.

Forty-five birds were harvested by the juniors, and their shots-to-birds ratio was about double what adults achieve on the commercial hunts at Tuna Nui station.

The juniors must have been shooting well as the final shoot was at the famous “Bull Paddock,” regarded as the signature shoot on the station.

The Father's Day shoot is traditionally the last shoot of the season at Tuna Nui, and nearly 50 people volunteered their time to help make the day very special for the nine juniors.

Fish & Game extends its grateful thanks to Tuna Nui Station and NZ Gamebirds for helping make this fantastic event happen each year.

Posted in Hunting; Posted 5 years ago by Hawkes Bay