Environment Canterbury’s Rangitata irrigation decision a “slap in the face” 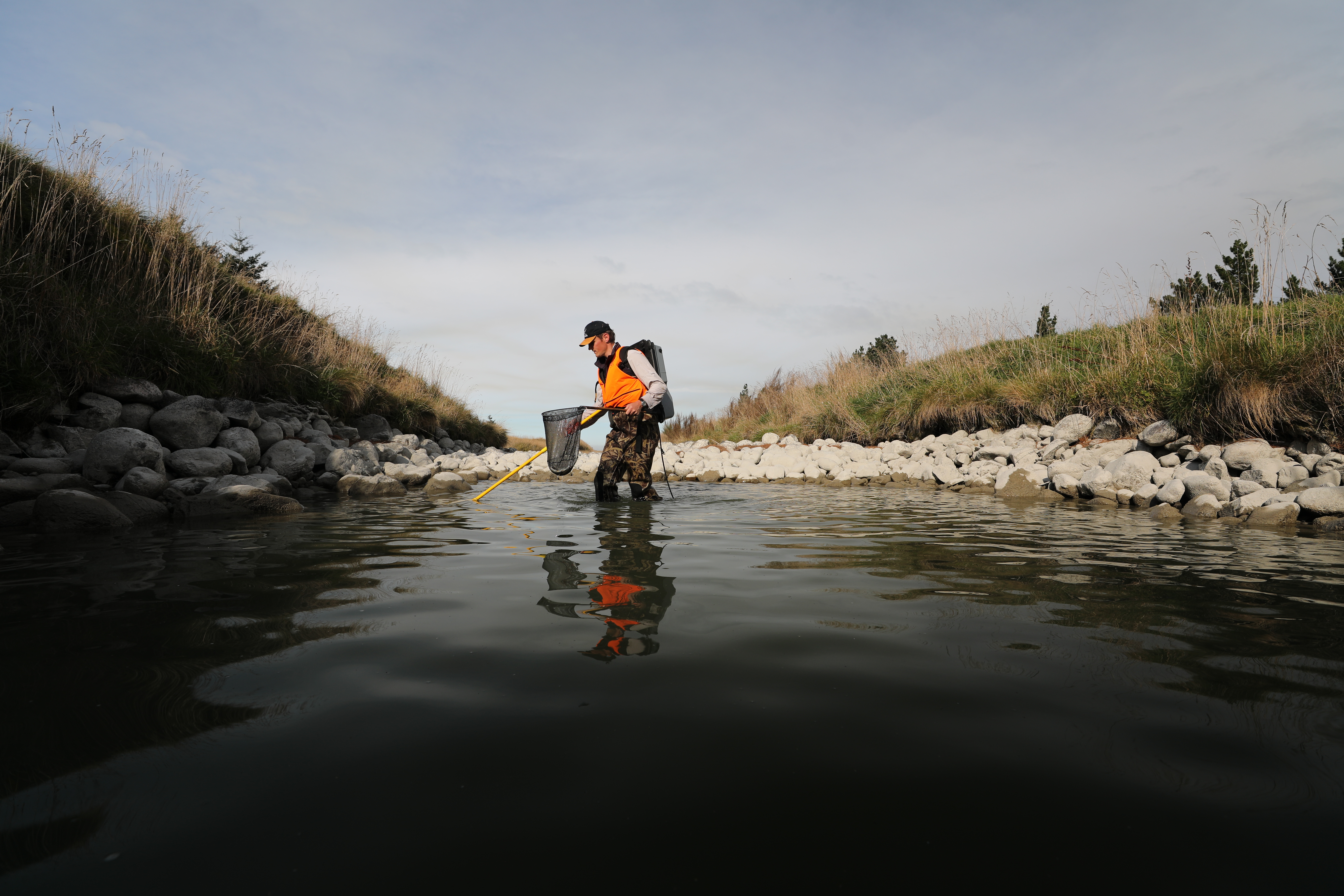 Environment Canterbury’s decision to allow irrigators to take more water from the Rangitata River is being described as “surprising and extremely disappointing” by Central South Island Fish and Game.

Environment Canterbury or ECan has been considering an application from the operators of the RDR irrigation scheme to take more water from the Rangitata.

It has now decided to grant the consents.

Above Right: Fish & Game staff recover from an irrigation scheme connected to the RDR.

“This is a real set back, not only for anglers and other recreational water users, but also the environment and the Rangitata’s health,” Mr Graybill says.

“We believe this process and outcome is a result of ECan’s lack of planning and failure to implement a proper flow management and allocation plan to tackle the problem of water abstraction above 110 cumecs. A plan is needed to protect the Rangitata’s environmental health and ecosystem processes, particularly at higher flows,” he says.

“Having such a plan was recommended in 2005 in the Environment Court decision for the Water Conservation Order for the Rangitata. Yet, 13 years later, we still don’t have one – that’s a deplorable situation.”

Mr Graybill says the decision ignores efforts to protect the Rangitata. “These high flows are vital to the Rangitata and allowing more water to be taken out of this treasured river poses a very real risk to its environmental health.”

“I am surprised the consents have been granted when RDR didn’t clearly identify the use of the water, which makes it impossible to know if the water will be used appropriately and efficiently.”

“This is a real slap in the face for all those dedicated anglers and recreational users who spent hours writing submissions and who put themselves on the line by submitting at the hearing to defend the river they love and want to see remain healthy,” Mr Graybill says.

Posted in Fishing; Posted 3 years ago by Richie Cosgrove