Creasy's Column for Reel Life May 2018 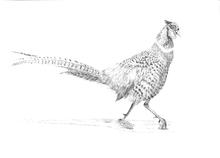 The array of new materials catering to changing fashions among fly fishermen is quite staggering. It seems the most fashionable flies no longer attempt imitation of an insect, but by sheer garishness and gaudy allure they attract fish in the same way the lolly counter in a supermarket attracts five-year-olds.

Industry has supplanted nature in the quest for materials. Everything glistens and gleams – there is no subtlety. What would Skues or Sawyer think – those originators of modern nymph fishing. They would probably give three cheers. Modern methods and materials catch fish. And that is the primary reason we go to the rivers and lakes. Some have more domestic reasons for being there, and there are many thankful wives who bid farewell to their husbands when the sun shines and the river calls.

Among all the innovations, a few stand out. One of the simplest is the leader ring. These tiny, strong rings between leader and tippet eliminate the need for tying complex knots, and losing mono, when you have to replace your tippet. You can also attach a section of mono for a dropper, or an indicator if you with to fish a shallow drift. When you reach deeper water, and use a heavy nymph, detach the indicator and reattach at the end of your flyline.

The other innovation is the use of synthetic dubbing products. It is no longer socially acceptable to go about banging baby seals on the head and shaving their fur to use in fly bodies. Synthetic dubbing materials do a better job and cost a lot less. Hare’s ears are still on the fly-tier's menu, and as the flesh of the creature is delicious to eat, the craftsman should feel no guilt. The same goes for chicken and duck feathers and pheasant tails. In fact, there’s hardly a feather on the pheasant’s body that hasn’t been used for fly tying, so, no waste.

I have just bought a new rod. My 30-year-old carbon fibre 5-weight was in the United States awaiting a new tip. I needed something to flay about the water with, so I purchased a lower-priced rod on which I had received good reports. It was a revelation. My old rod was hugely expensive in its day, and has served me well, but technology has caught up with and overtaken its ability to cast a fly. My moderately priced rod now has all the attributes, and more, of the old and leaves money to spare. It casts well, mends a line effortlessly and punches a 5-weight into the wind as well as my other 8-weight does.

In my youth I coveted a Wheatly flybox, with its lidded compartments and spring-loaded lids. Built in Britain of sturdy aluminium, they were the epitome of an angler’s ambition, along with a Hardy Perfect reel. Unfortunately they were very expensive, and if you dropped one in the river it sank like a stone.

My new plastic boxes are cheap, watertight and hold dry flies just as well and in a lot more visible way. My wading boots have not a natural fibre on or in them. They are comfortable and light, even when wet. My only concession to nature is my wading staff – a dried length of lancewood with lanyard attached, it has served me well, and if ever I lose it there will be a couple of young lancewoods at the bottom of the garden, growing in a clump of native trees. They are straight and true and really tough. I might even smooth one out with a spokeshave for added comfort. Try doing that with plastic.

Now, I’m off to the river, petrol-driven, plastic-coated – the only thing natural about me is my own flesh and blood, and that is rapidly being diluted with the chemicals that keep me alive.