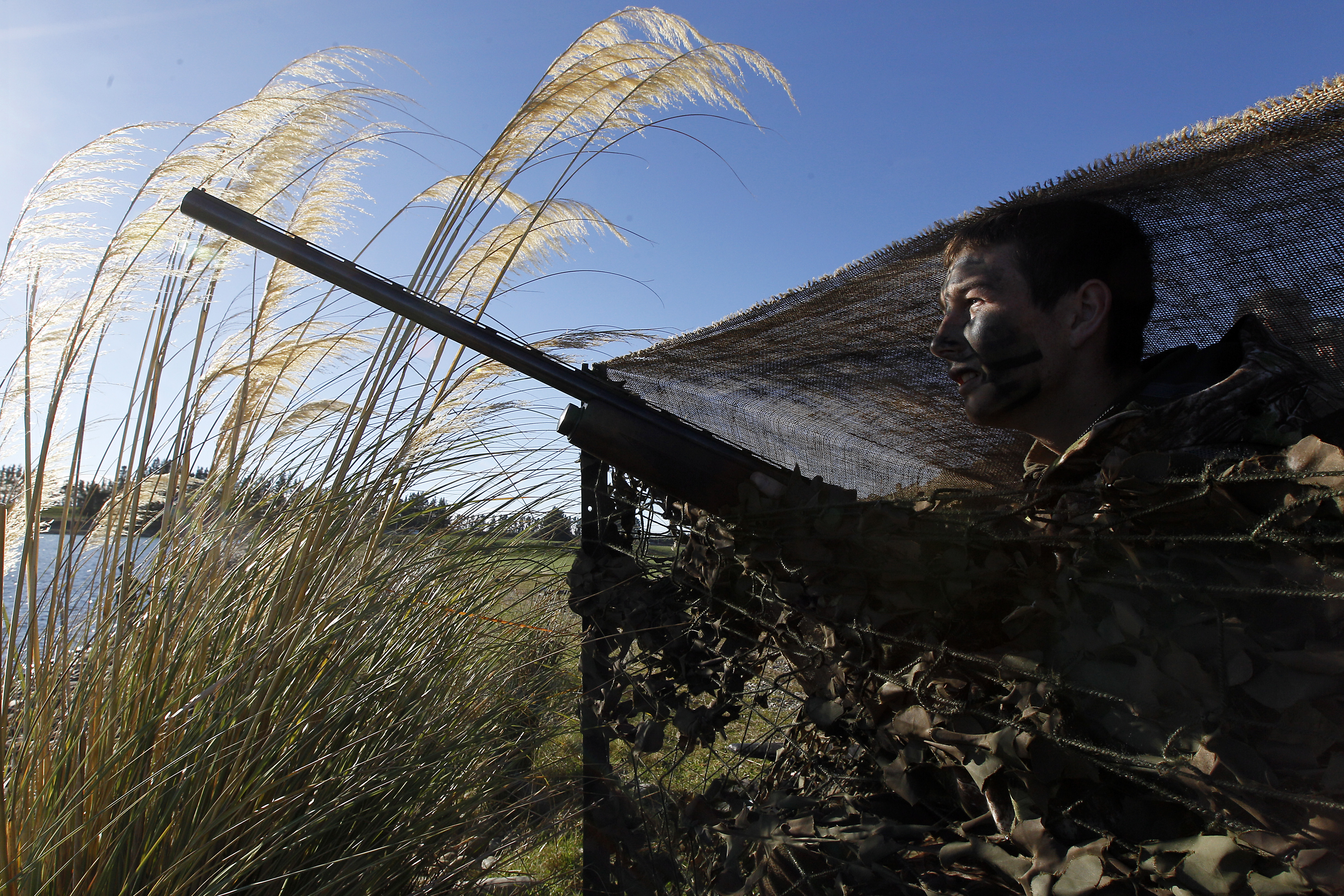 Fish & Game is reminding game bird hunters to stake their claim for their favourite maimai or duck shooting stand before the start of the new hunting season now only weeks away (Saturday, 6 May, 2017).

“Tagging your favoured maimai allows you to set yourself up for the season ahead, ready to  harvest birds over opening weekend – and then have first claim on that spot for the rest of the season,” says Policy and Planning Manager Robert Sowman.

Hunters with an existing maimai who have already purchased a new 2017-18 game bird licence are able to stake their claim to the maimai any time before 10am on, April 9.

“The rules state that hunters then need to be at the maimai within one hour of the opening hour of hunting.  If they aren’t there within that time, the spot can be used by any other licensed hunter for the rest of the day,” Mr Sowman says.

To reclaim your spot for the upcoming season you first need to buy your 2017-18 Game Bird Licence, which contains your claim tag.  The new season licences went on sale on March 16. To buy a licence, go to the Fish & Game website’s licence page here.

Hunters are advised to get their licence early to avoid the last minute rush. It will give you more time to “mark-up” your spot, tidy up your decoys, get your eye in with some clay bird shooting and leave time for you to do other things, Mr Sowman says.

Mr Sowman says it is crucial that hunters check the regional regulations for the areas they intend to hunt it – for any changes to season lengths, bag limits and any other rules before heading out on Opening Day.

He says for example, there are now six regions with restrictions on the number of shots a hunter can use in their repeating shotguns.  In the Auckland Waikato region, hunters are only allowed to load three cartridges into their shotguns shots, a rule first introduced in 2013.

Eastern and Hawke’s Bay asked for voluntary compliance of the three-shot rule last season but are making it compulsory this season. And the West Coast Region is introducing a five shot rule this season.

The shot restrictions have a conservation aim, and also encourage hunters not to shoot at birds moving out of range.

“It’s another tool to help sustainability – that will help limit the number of ducks being harvested,” Mr Sowman says.

In the South Island, the season for mallards in all regions runs for nearly three months from May 6 to July 30, with bags ranging from 10 to 50.

And hunters in all regions are again urged to take advantage of the longer season for upland game birds, including pheasants and quail, which runs from May 6 to 27 August in a number of regions.

Tagging Q and A :

Where can I find all the rules for tagging stands?
These are found in the First Schedule section of the Game Bird Hunting Guide supplied free with your licence. You can also finding information on tagging and other topics in the hunting pages of our website: www.fishandgame.org.nz

Do the tagging rules apply equally to private and public land?
Yes, BUT if you do not have landowner permission to hunt on any land (private or public) then the rules are irrelevant – you shouldn’t be there.

On public land that I have a permit to hunt on, can I hunt from someone else’s maimai?
Yes, provided the maimai is not occupied before 7.30am. The hunter who has tagged the maimai only has the ’first rights’ privilege of occupying it until 7.30am then it is open to any other licensed hunter for the remainder of the day.

I tagged a spot last year but hunted elsewhere at the last minute and someone else now wants to tag it. Can they?
No. You have the opportunity to re-tag the position before 10am on 9 April.

Can I tag a new maimai on the other side of the river from an existing tagged maimai but it is only 70m away?
No, not if your maimai position is within 90m of the existing maimai, then unless invited to be closer by the other party, you cannot tag it. Even if your maimai is more than 90m away but another person’s safety is at risk, you should shift. Hunting safely is paramount.

Contact the Fish & Game Office in your region for hunting conditions and opportunities. Contact details are available in the complementary Hunting Regulation Guides.