Canterbury anglers hit the rivers and lakes on Opening Day 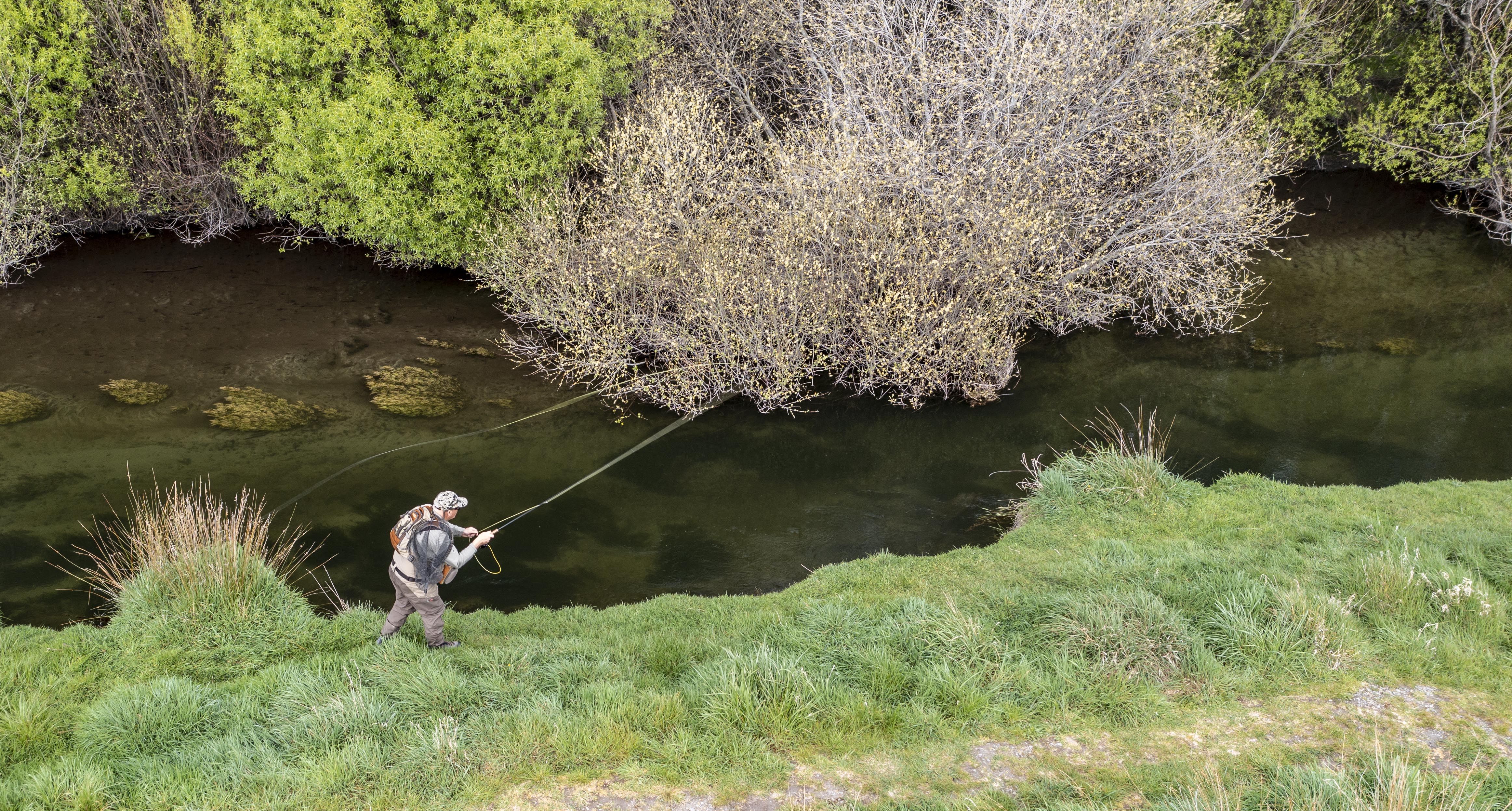 Canterbury anglers came out in force on Saturday to fish the first day of the new fishing season.

The first of October is always the start of the new fishing season, and this year the first fell on a Saturday and was also the first day of the school holidays.

This made Opening Day in the region a popular family affair in many instances.

Fish & Game Rangers were out checking compliance and reported lots of anglers from the top of the Lewis Pass all the way down to the Waitaki River.

The weather was great for fishing, frosty but clear, throughout the region and many anglers travelled hours to fish their favourite spots. 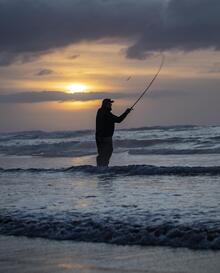 Trying first for a sea-run salmon, Goldie said, “It’s a little bit early for a salmon, but with warmer temperatures at sea in summer, there’s a chance of a salmon taking advantage of the cooler waters now to make a run”.

“With it being the second year of the sea-run salmon season bag limit and the harvest card, you have to selectively harvest your salmon, so fishing in cooler waters will be great for the fish if you need to release it”.

Goldie says, “The sea-run salmon fishery has moved to more of a sports fishery than a harvest fishery as anglers do their bit to help the recovery of the fishery”.

Trout anglers in the Te Waihora/Lake Ellesmere area were out in numbers.

The scenic Harts creek (pictured above) was popular as the day progressed, with many anglers from across the city trying to tempt the elusive fish inhabiting this creek.

With Te Waihora/Lake Ellesmere open to the sea at the moment, the Halswell, L2, Selwyn Rivers and Harts Creek are pretty enticing for many sea-run trout that have entered the lake, making the area a popular spot for anglers. 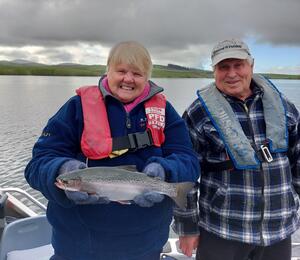 Kristen and Robert McKey of Christchurch with a rainbow trout from Lake Opuha on opening day of the 2022 sports fishing season. Photo Nicola Dellaway

Forty anglers were checked, mostly boat anglers but a few shore-based. This was a typical amount of anglers for this popular opening day destination, with many travelling from as far as Dunedin and Christchurch.

The fishing was excellent, with most anglers catching two or three brown or rainbow trout for the dinner table.

Below State Highway One at the Opihi River, father and son anglers, Stephen and Alfie (15) Henly, went out on a father-son opening day mission.

Despite the frosty start, they had both had luck,  catching and releasing some trout caught on soft-bait lures. 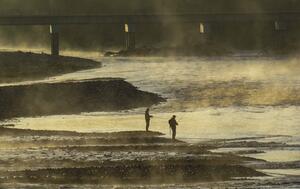 Jet boat-based fishing is a tradition on the Waitaki River for opening, and there were at least 18 boats on the river in the morning.

Shore-based anglers near Kurow were also successful – mainly on rainbow trout around 1-2 pounds.

Other popular spots in the Waitaki area were Bells and Borton’s ponds, with most anglers there catching a fish by lunchtime; the ponds are an excellent spot for anglers if the Waitaki River has high flows as it did on Opening Morning.