Fish for Gold angler ‘lucky several times over’ in his catch 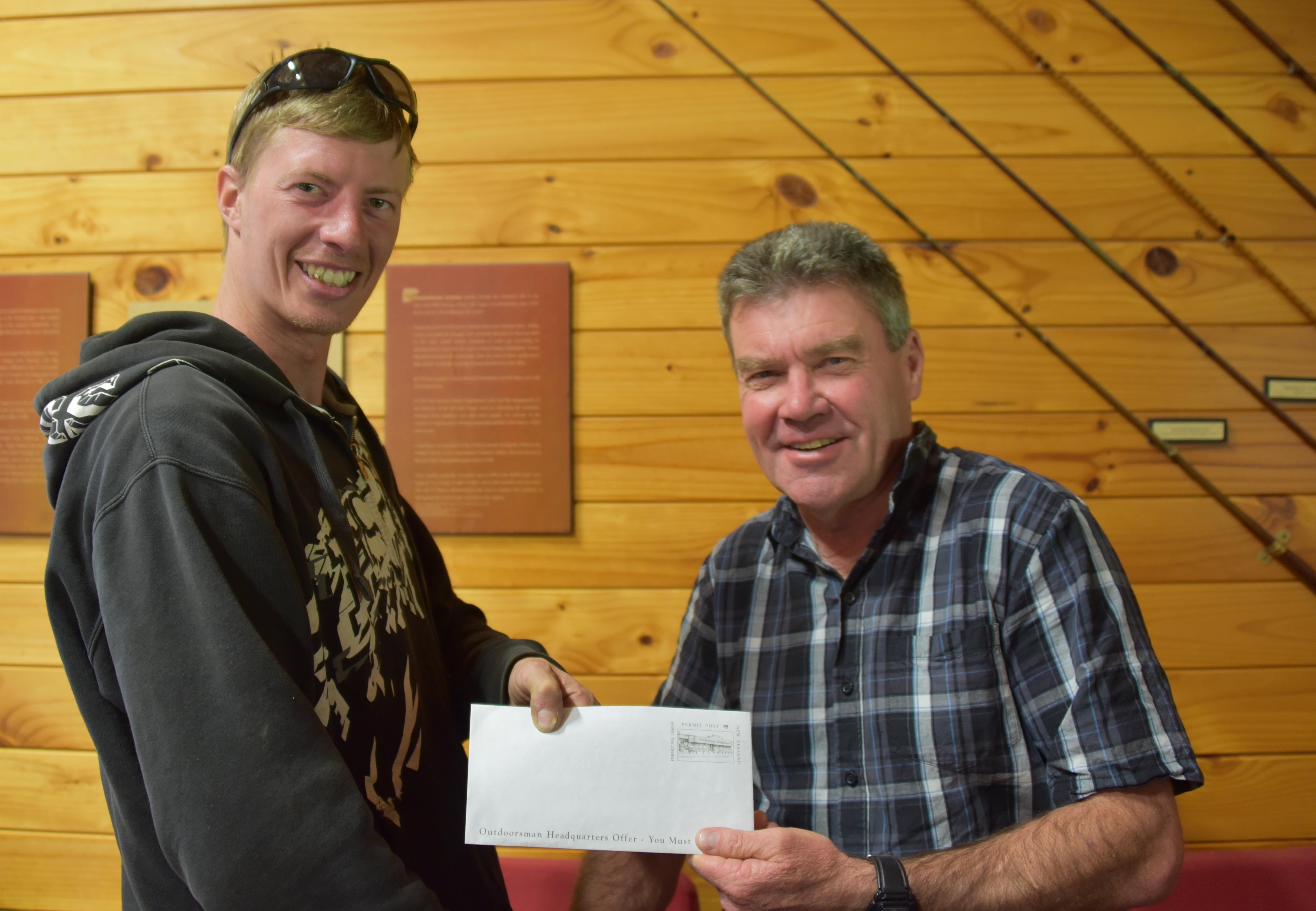 The only angler to catch an orange tagged trout in the Rotorua lakes “fishy lucky dip” has described just how lucky he was to catch the special trout.

The Fish for Gold promotion, with a $10,000 prize at stake, ended on Sunday with the major prizes going unclaimed.

But Hamurana local Sven Tetenburg said it was “absolutely brilliant” to receive a $250 voucher from Outdoorsman Headquarters as the reward for his orange tagged trout.

Sven Tetenburg caught the trout on the western side of Lake Okataina.

He said it was not only the first time he had fished the lake, but the first fish he caught on Okataina, which made it “even luckier.”

The rainbow trout had been hooked after only an hour of trolling.

Sven Tetenburg, who’s grandparents had emigrated to New Zealand from Denmark, has been fishing since he was seven.

He described having “vivid memories” of fishing with his father as a youngster.

It was only recently he had been able to buy a boat, and “a long time before I even got a net…all the joyous things you can buy.”

His voucher would certainly be exchanged for more fishing gear, most probably a surf casting rod, he said.

Sven turned up at Fish & Game Eastern Region Headquarters yesterday as the rules dictate, to see whether his number 2 tag would win the $10,000 prize.

He was philosophical as Eastern Region Manager Andy Garrick opened the sealed envelopes to reveal 10 as the winning tag number.

Andy Garrick explained that a JP had supervised the tag numbers being placed in envelopes that were shuffled and placed in a safe until they were opened to ensure a “squeaky clean”  process.

He told Sven he was delighted to see the orange tagged trout caught and offered the option of a rod and reel set or a voucher.

“A big thank you again to our loyal sponsors who were prepared to offer prizes – Makaira Orchards of Te Puke and two anonymous individuals were behind the 10k prize while Telfer Marine had offered an outboard as second prize.”

Mr Garrick says Fish & Game is also grateful to the Rotorua firms who put up fishing gear or vouchers - Outdoorsman Headquarters, along with Kilwell and Hamills.

“We appreciate the generosity of them all that helped us put some additional fun into the opening of the new fishing season.”