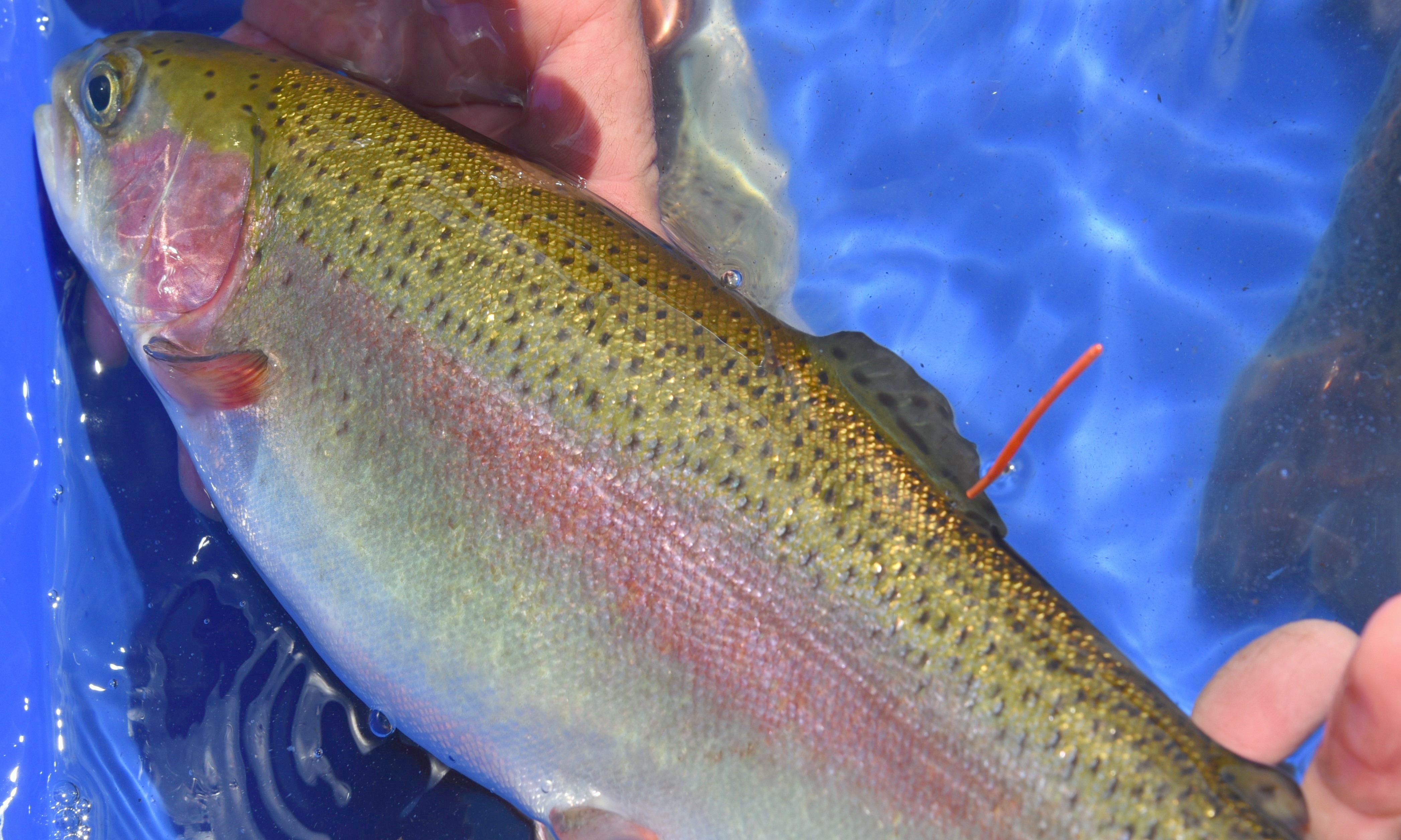 An angler has caught the first trout with an orange tag in the Rotorua lakes “fishy lucky dip” – stoking up interest in the hunt for a fish worth $10,000.

Right: one of the 30 orange-tagged trout.

The Fish for Gold promotion runs until midnight on Sunday and “interest remains high in the chase targeting orange-tagged fish,” according to Fish & Game staff.

Thirty fish were released, ten each into lakes Rotoiti, Tarawera and Okataina.

Fish & Game Officer Matt Osborne says staff had seen “good numbers” of anglers on the lakes since the event got underway on the opening of the fishing season on October 1st.

The lucky angler had been fishing just one hour before hooking his tagged fish while trolling on the western side of Lake Okataina late last week.

“We are not giving away too many secrets to say that he was trolling a fluoro Tassie and a smelt fly which is what the fish took,” Mr Osborne says.

The angler had considered releasing the fish before he spotted the tag.

“We urge all anglers entered to take care to check all legal size fish that they catch for the three centimetre long tags which are attached just behind the fish’s dorsal fin.”

“We encourage you to make the most of the good weather before a cold snap that’s forecast and not give up fishing as there are still 29 potential winners out there to be caught.”

Mr Osborne says it’s worth reminding anglers that aside from the big prize, there’s an outboard from Telfer Marine to be won, along with voucher or tackle prizes worth $250 apiece, thanks to local firms Hamills, Kilwell and Outdoorsman Headquarters.

“Every orange tag will at least win a voucher or tackle prize.”

The orange tags must be presented in person to staff at Fish & Game Eastern Region’s office at 1130 Paradise Valley Road, Ngongotaha by 1pm on Monday October 15th.

Anglers who catch trout with the normal yellow Datawatch tags either during, or after the promotion has finished are also potential winners as they go in the draw for a free fishing licence at the end of the season.