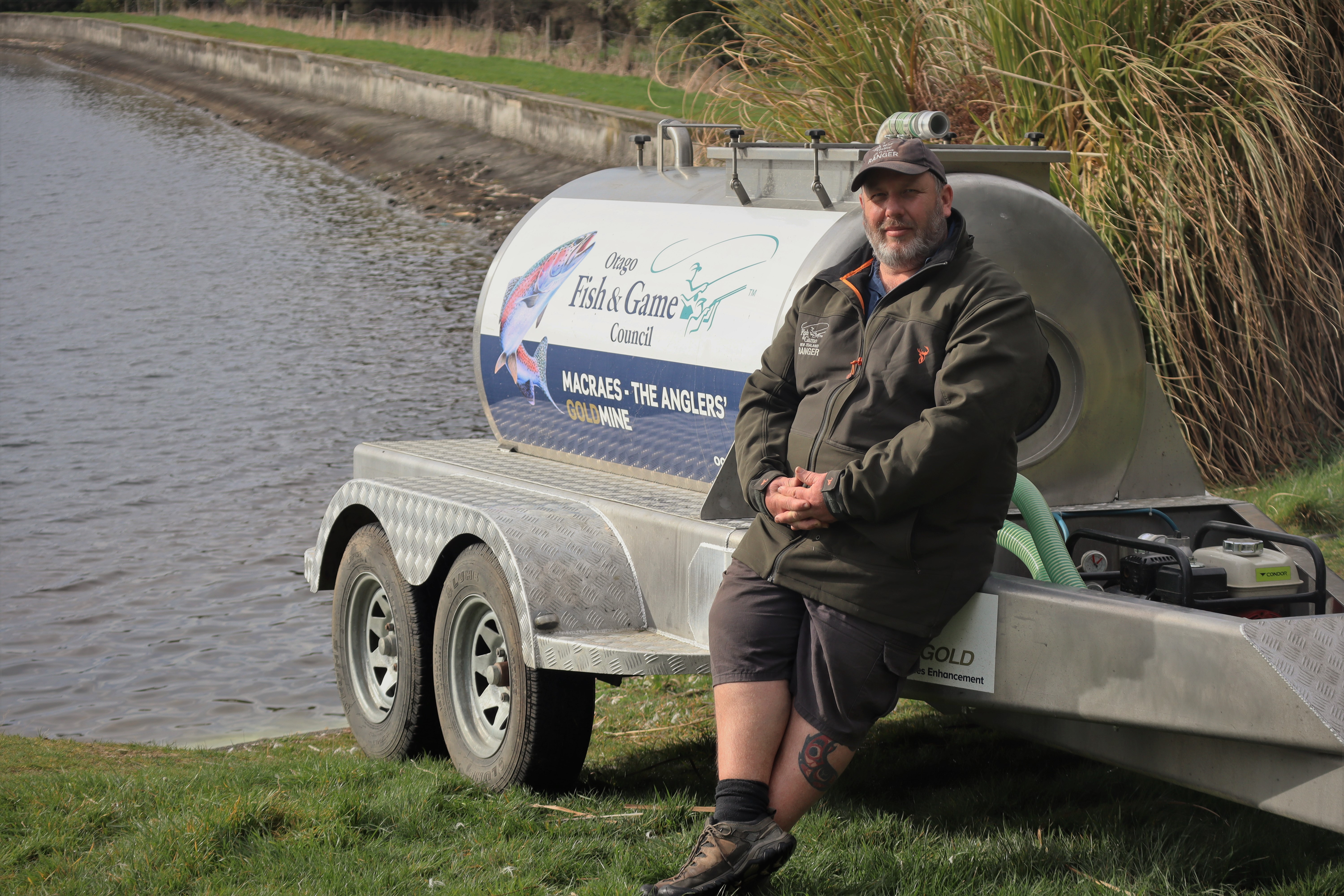 Fish & Game has bought the stainless-steel trailer unit to transport fish from Macraes hatchery to 12 dams and reservoirs across the region.

Between 5000 and 8000 fish are reared annually for “put-and-take” fisheries where licence holders are encouraged to keep some of the fish they catch.

“We are careful where we release fish,” Otago Fish & Game officer Steve Dixon, who manages the hatchery, says.

“We don’t release trout into the wild. Trout in our rivers and lakes have self-sustaining populations.

“Hatchery-reared trout only get released into selected dams and reservoirs which have no natural spawning.”

The new fish transporter can carry two-and-a-half times as many fish as the previous unit.

“This will save us a significant amount of time and fuel required to transport fish around the region,” Mr Dixon says.

“The new transporter can carry up to 140 fish weighing about 1kg each.”

Two thousand of these 2-year-old fish are released for children’s fishing events.

Fish & Game also releases one-year-old fish, weighing only 100 grams each, into put-and-take fisheries for future seasons. The new trailer can transport about 1400 of these juvenile trout on each journey.

The hatchery is based at Ocean Gold mine, which owns the infrastructure and site at Macraes.

Water pumped from the Taieri River flows through the hatchery before it is used for processing gold.

“Another 700 fish will go into the reservoir for our kids’ fishing events later this month.”

The fish transporter was acquired from Otago Salmon Anglers.

Southern Reservoir is closed to public fishing during September for Take A Kid Fishing events.

“There will be plenty of fish left in the reservoir for licence holders to catch.”