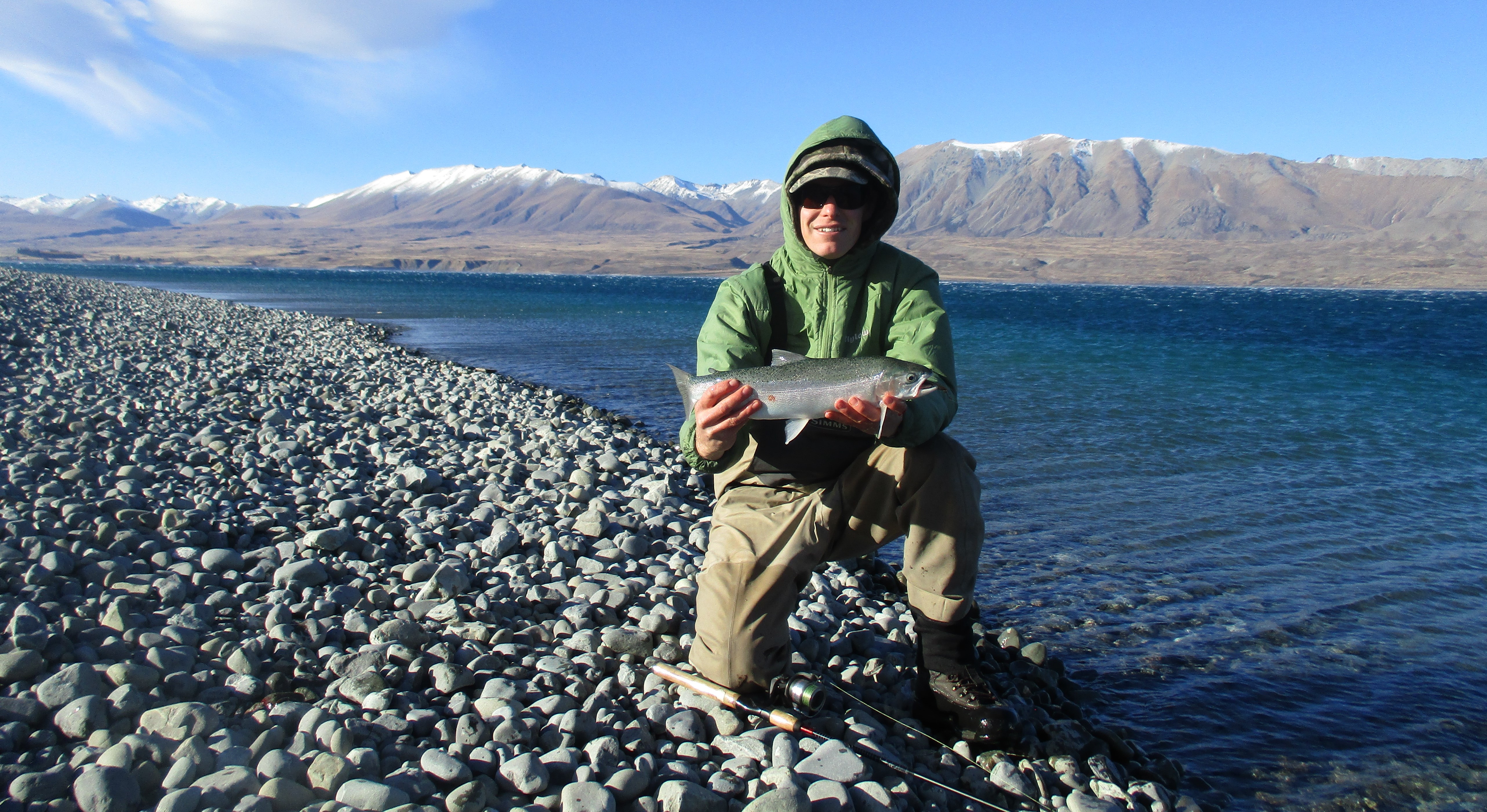 Welcome to our one-off winter special edition of the weekly fishing report.

It’s a great time, just ahead of the school holidays, to remind you that there are many great winter fishing options available right now.

We also have a few quick updates and important info to share.

Above Right: Rug up warm and enjoy some fantastic winter fishing in the Mackenzie Basin's hydro lakes.

Be sure to read up on your regulations guide here to ensure you know first-hand the waterways that are open and what regulations apply.

If in doubt of any regulation, be sure to contact Fish & Game directly for clarification.

Closure signage in place at the upper Tekapo Canal

The upper half of the Tekapo Canal, from the Tekapo A Power Station downstream to the State Highway 8 Bridge (main road bridge at Irishman Station), is closed from 1 June to 31 August.

The fishing can be surprisingly good at Lake Pukaki during August – or neighbouring hydro lakes for that matter.

Spin anglers can mimic the style of short-range fishing displayed with lightweight lures (7grams or less).

Alternatively, fish “blind” by casting out into the lake as far as possible.

A variety of traditional and modern spin lures and soft baits will work just fine. 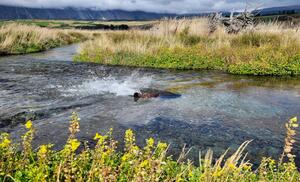 Big male salmon like this one at Deep Stream (Rangitata) will burst through the riffles while fighting off others contesting for a female occupying her redd - Photo: Rhys Adams

Our team of Fish & Game Officers have been out on the water undertaking annual surveys of live salmon and spawning redds (egg nests).

Here’s a brief summary of our observations.

We estimate that 1,823 wild salmon spawned this year in the Rangitata Catchment.

It was great to see spawning numbers practically quadruple from the last two years.

In a historical context, the 2022 returns were at moderate levels.

It was encouraging to count 659 salmon redds at the Waitaki Catchment – 146 of those in the Hakataramea River.

That’s about double what was observed annually over the past four seasons.

In a historical context, the 2022 redd counts were relatively low for the Waitaki.

Central South Island Fish & Game (CSIFG) has set up a ballot system (lottery) to limit angler numbers at the Ōhau River between lakes Ōhau and Ruataniwha.

Limiting angler numbers on the Ōhau River will maintain the high-country fishery aesthetics during the increasingly popular September and October “Spring Season.”

Three separate ballot draws will be held to ensure that the limited number of highly sought-after controlled period licences are issued randomly and fairly to anglers.

The first of three ballot draws opens on 15 July for entries and closes on 1 August at 5 pm.

The ballots can only be entered by anglers who hold a Central South Island Region backcountry licence endorsement (free of charge).

Visit the Ōhau River Controlled period webpage here to find out more and submit your entry (from July 15).

Thank you to all the anglers who have reported their capture of tagged trout.

We have some phenomenal results to report so far.

Check out this article here to discover how fast canal fish can grow – even when they started life in one of Lake Tekapo’s spawning creeks.

Unfortunately, in society, there is often 1% of people that let the team down.

This appears to be the case when it comes to the littering at the canals.

However, we reckon 99% of “good citizens” can make a massive boost to keeping the place clean and tidy.

Together we can make a big difference if we simply pick up a few strands of fishing line or other fishing-related litter each day we fish the canals.

Care for your catch 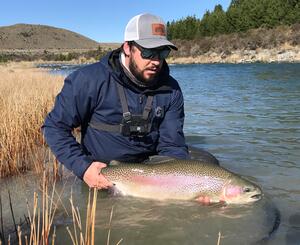 Care for your catch by photographing it in or over the water-Photo: Ben Sowry

All anglers – from newbies to life-long fishers – need to be aware that how they handle the fish is critical to its survival after being released back into the water.

We’re certainly not urging anglers to release every single fish, but we encourage you to do your very best to look after them if you are practising catch and release.

Here are our ‘Quick 5’ tips for handling fish with care:

Later this July, Genesis is planning on completing some minor road maintenance along the true left road of the canal from the last bridge down to the irrigation offtake at the stilling basin (fish bowl).

The Tekapo Canal Road will be closed to vehicle access for approximately one week. Pedestrian, fishing and cycling access is available.