Nelson / Marlborough Both Barrels May 2017 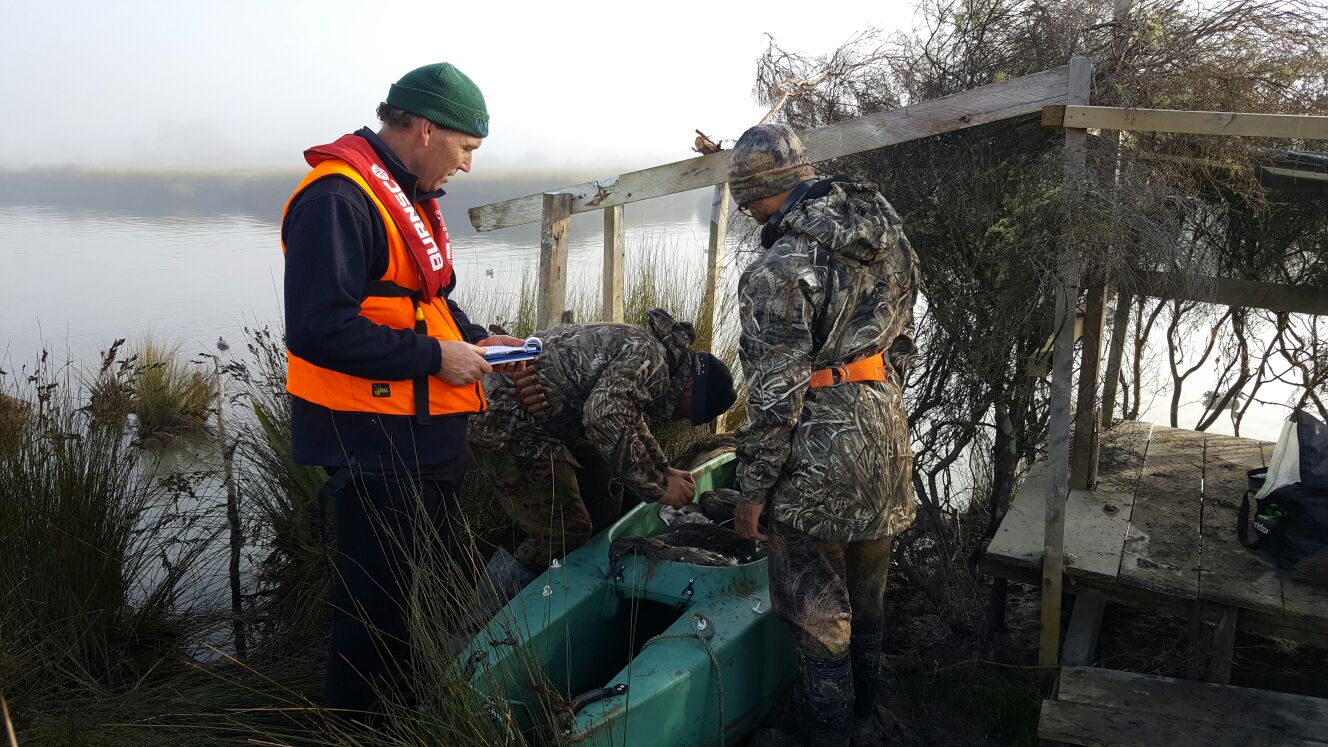 Opening day in the top of the South was typically fine as usual, but this never seems to dampen the enthusiasm of the 900 odd hunters who choose to call Nelson Marlborough home.

This year Fish & Game staff and honorary rangers concentrated their efforts in Marlborough, catching up with 60 hunters around Blenheim, Havelock and Rai Valley/Pelorus.

All in all, shooting success was fair to middling, with most hunters spoken to getting enough ducks to be content with.

Early morning fog in the Havelock area saw a quiet start to the day, however when this lifted the intensity of shooting increased as ducks started moving around more.

Good numbers of parries were harvested in the area around Linkwater, however there were mobs of birds undisturbed in the Rai/Pelorus Valley, where, it seemed, there were fewer hunters despite high parrie numbers.

The Fish & Game owned Para Wetland was the standout, with most hunters either getting their limits or going close.

From a ranging point of view, staff were pleased with the high level of compliance, particularly as two new regulations had come into force (a reduction of the mallard limit to 8 birds/day and the banning of magazine extensions).

Two offences were detected for hunting with lead shot: these both occurred on private land, and the offenders have been offered reparation and made to pay a hefty sum of money for their troubles.

What can I do as a hunter to get more mallards in the sky next season? 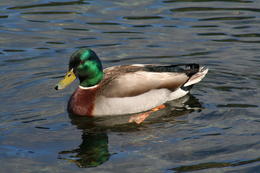 This million dollar question that is probably more relevant within the Nelson/Marlborough region than anywhere else within the South Island.

Over the last few decades our mallard (greylard) population appears to have steadily declined whereas the shelduck population has steadily increased in many areas.

Left: Hunters are urged to target “green heads’ as a simple way to put more ducks in the sky next season.

The national mallard research program is starting to give a few insights into this management question.

For example we now know cats are probably one of the worst predators for mallards, in taking hens on the nest, and ducklings.

We also know from research each year predators take around the same number of birds that hunters do out of the population, and that hen survival is one of the critical bottlenecks within the mallard population.

With their massive home ranges, effectively reducing predators at a landscape level is no easy task.

As a management agency, the hard decision to instead reduce the mallard daily bag limit for hunters was taken by your elected Councillors (although we are also encouraging hunters to target pukeko more as they are significant duckling predators).

The bag reduction decision was based on analysis of our game harvest figures, annual mallard monitoring, and factoring in recent national research outcomes (e.g. we assumed an average ducking survival to fledging rate of 1.5 per hen from research results).

Using the average of the last 3 seasons mallard harvest for this region (8656 mallards), dropping the bag limit from 15 to 8 was estimated to potentially lead to an additional 1633 mallards surviving until the following season.

Interestingly enough using these same assumptions, if half of Nelson/Marlborough hunters (around 450 hunters) for half of their shooting effort during the season, consciously opted to harvest drakes, we would also have an additional 1623 mallards the following season – as effective as the recent lowering of daily bag limits!

While there are a number of reasons why this is unlikely to transpire in the field (e.g. areas such as Golden Bay where high numbers of grey duck reside), it does show how selective harvest of mallards could influence population dynamics the following season.

At an individual hunter level, every time you elect to swing on a drake spotted amongst a group of birds, you have personally contributed to around 1.5 additional mallards surviving until next season – and in a wet season this will be doubled to around 3 for every surviving hen.

Choosing to go for green where practical is therefore the single most effective thing you can do as a hunter to ensure there are more mallards about in years to come.

If enough of you elected to adopt this where practical, combined with recent daily bag limit reductions, we may yet see a rebuild of our declining mallard population within this region.

Good luck for the rest of the season, and GO FOR GREEN when you can!

Do non-retrieved birds form part of my bag limit?

This issue has arisen this season in relation to hunters using the Fish & Game managed Para Wetland within Marlborough, a swamp within which bird retrieval is often problematic, even with good gun dogs.

In short, the answer is ‘yes’, downed birds do legally count as part of your bag limit.

The legal basis for this opinion is provided as follows from NZ Fish & Game policy manager Robert Sowman: If a hunter has killed game even if not recovered, then they would technically count towards their limit.

Section 16(2) says “Every person who hunts or kills game … otherwise than in terms of a notification, commits an offence …”

This is taken for practical purposes to also mean ‘lost birds’ – if the hunter does in fact know they have been killed, they would have to count towards the bag for that hunter.

Otherwise at what point do you ‘possess’ the birds that you’ve shot?

Section 2A(3)(c) of the Wildlife Act also provides a definition of possession which also indicates it means more than on your person or within your property (vehicle, maimai etc).

This issue is a gentle reminder to you all for the rest of the season – if you drop a bird and cannot find it, as well as an ethical obligation, it is a legal requirement to count it as part of your bag limit.