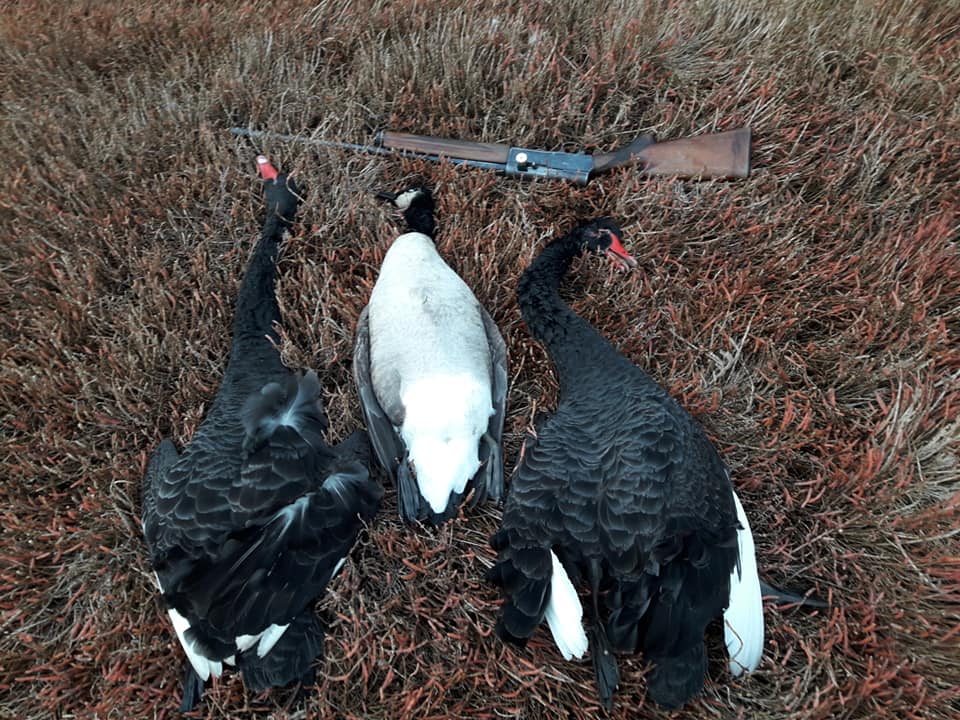 For this season your elected Fish & Game Councillors approved an extended swan season.

This was done to create an additional hunting opportunity outside of the regular May-July season, as is the case with some other Fish & Game regions.

Swan can now be hunted from 8 August to 30 August, with a short break between the end of the regular season and the extended swan season for the purpose to create a second ‘opening day’ for swan harvest.

Swan are very common in Golden Bay, but perhaps the easiest hunting for swan is in the Wairau Lagoons, where evening flight path shooting can be very effective.

Canada geese are abundant here too, and create an additional drawcard for hunters.

Right: Swan are common in the Wairau Lagoons, with the added bonus of geese on the menu. 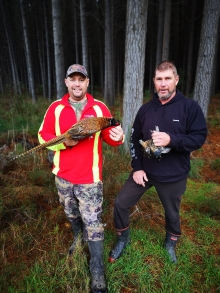 A few pheasants and decent numbers of quail were taken on both Rabbit Island hunts, and hunters all enjoyed the opportunity hunting in this area, with good uptake from Marlborough licence-holders and even a hunter from Golden Bay.

We look forward to keeping the hunts going again next year. 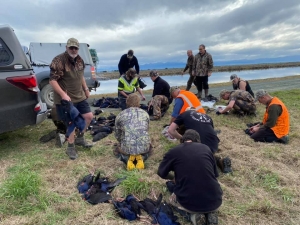 Pukeko hunt: all the meat was taken from the pukeko, with some of it to be used for the Game bird food night.

Fish & Game recently held a pukeko drive at Wakapuaka which was attended by about 30 hunters.

Bird numbers were very high in this area, however the number of hunters could not do the bird problem justice, and though around 230 pukeko were taken, this could have been more than double with a few more hunters.

Put simply, in some areas, hunters could not reload fast enough, and in other areas, more hunters were needed to effectively drive the birds towards stationary hunters.

We will be advertising this hunt again next year, so please keep your eye out for it and join the fun – the more hunters, the better.