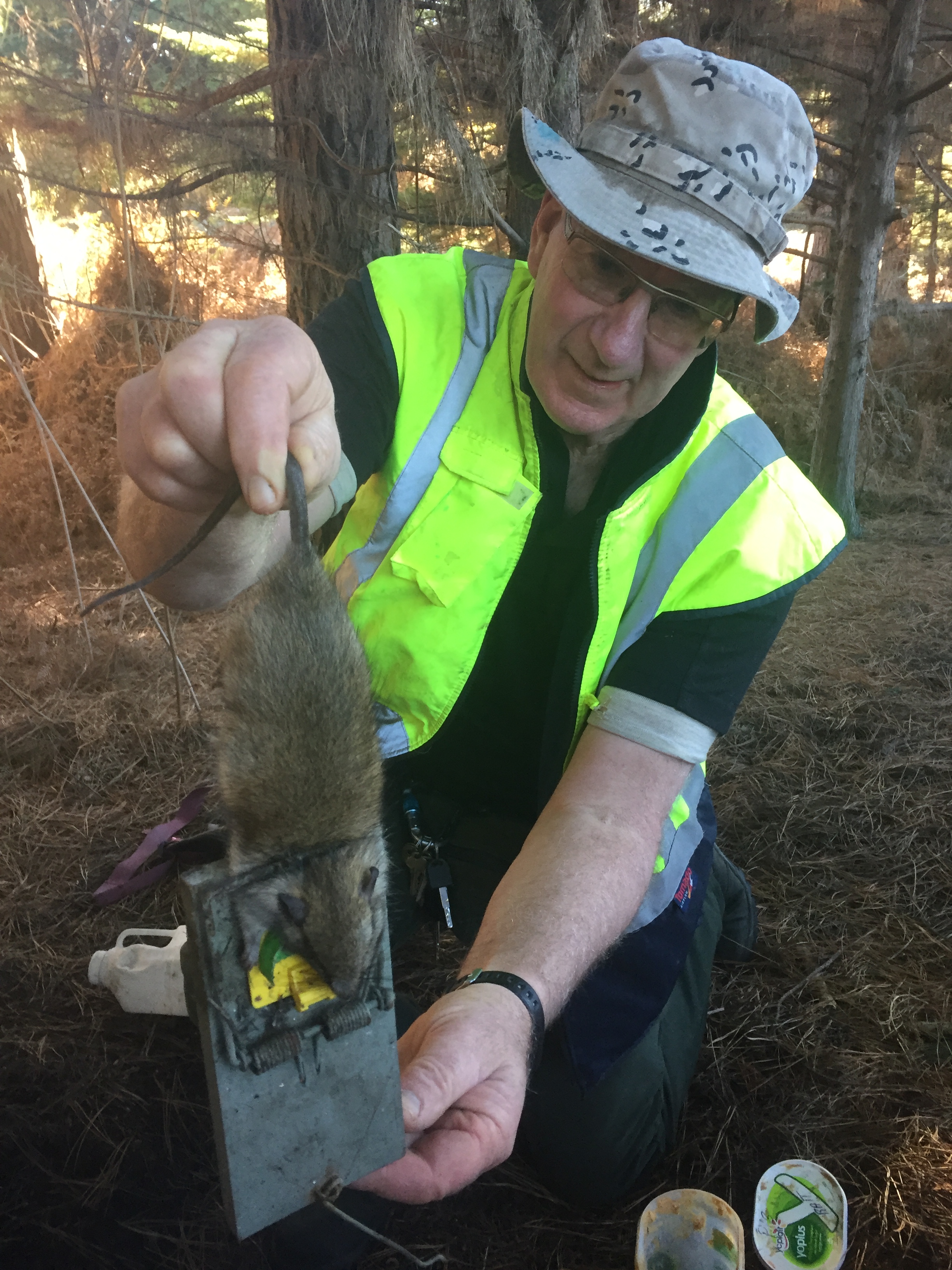 Get more birds on your pond for next season

With the close of the season looming, many hunters will be reflecting on this year’s - and some wonder how to improve duck numbers near their favourite pond.

Right: Ken Wright, a volunteer, is one of the helpers making a great pest initiative on Rabbit Island (Moturoa) possible.

As a hunter there are at least four options you can personally invest in to try and get more birds to the gun next season:

1) Bias your future harvest towards drakes where possible – not always practical which is why it's never been enshrined in our game bird regulations (unlike the U.S.).

For every male you elect to shoot in preference to a female, that’s another nester for next season, contributing to an improved overall population.

If enough hunters did this where practical (often it's not), we could see a regional lift in the population after only a few seasons.

3) Habitat – broods love ephemeral (seasonally wet) puddles for their survival– are there any of these near your permanent pond?  Can you create a few within 600m of the pond?

Also planting of flax/sedge or emergent rushes around your permanent water pond edge can greatly improve duckling survival rates, as can an occasional weeping willow for overhead cover. 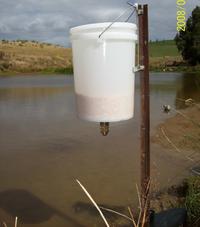 Hunters are urged to keep feeding their pond well after the season to increase breeding success.

4) Food – undoubtedly this has been the most significant factor within the Nelson/Marlborough Region in terms of our declining population of greylards.

The loss of cropping land to grapes in Marlborough has been hugely detrimental to the landscape's ability to support high numbers of ducks.

While we can’t put cropping back into the landscape, hunters can continue to feed ponds after the season closes, through until October or November.

This experiment was undertaken the Nelson/Marlborough Fish and Game Chairman several seasons ago and he noted a huge increase in brood numbers around his pond.

He observed up to 17 duckling broods over one breeding season on a half-hectare pond he generally saw few if any broods on, before he started pond feeding after the season had closed.

Plenty of options to consider here anyway, with drake harvest and pond feeding after the season closes probably the easiest two to for interested hunters to start thinking about for the future.

There was a good deal of interest in this hunt, with 30 applicants applying for one of eight blocks available.

Of these blocks, some have better habitat than others, and most birds were flushed on those ones with a number of roosters taken for the pot.

The three blocks with less suitable habitat will all be harvested in the next few years and will provide excellent hunting areas about six years after that.

We will notify hunters t 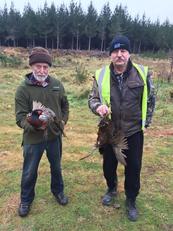 he dates for next year’s hunts early in the 2019 season via email and Both Barrels.

Remember, the upland season continues in the Nelson/Marlborough region with quail on the menu until August 26.

The pukeko season closes on October 28, before re-opening for the summer season (January 1 to February 24).

Right: Two Murrays...Murray Brydon and Murray Neuman with a rooster each from the final organised pheasant hunt.

Fish & Game is still involved with a predator line on the eastern end of Rabbit Island (Motueroa - see photo top right), which wouldn’t be possible without assistance from key volunteers such as Robert Dodunski, Graeme Ivey, Chris Tonkin and Ken Wright.

At the moment, we are carrying out maintenance on the trapline – cleaning and oiling traps – ready for deployment and a spring and summer of catching more predators, like stoats and rats.

Feral cats are abundant in this area, and predate heavily on upland game species as well as other native bird species.