Each year in late March or early April, Fish & Game staff undertake our annual ‘greylard’ counts for all mallard, grey, and hybrid ducks.

We now have 60 sites located mainly along coastal sites within our region from Collingwood through to Marlborough.

Right: An increase in grey type ducks have been evident this season in Nelson Marlborough, as well as West Coast (and even Australia!) Photo Graham Wilson.

This information, combined with the previous seasons game harvest survey results assist staff in their recommendations to your elected councillors.

Many other South Island regions undertake aerial counts however the nature of our terrain and low overall greylard numbers makes random aerial transects unworkable in our patch.

West Coast Fish & Game face a similar dilemma and they have a mix of 70 ground and aerial-based sites right along their lengthy region.

Count results this year were interesting, with a 20-30% increase on 2016 results in bird numbers from Golden Bay through to Nelson, declining to only a 7% in the drier Marlborough sites.

Prior to the lower 2016 counts, our Game Harvest phone survey results had revealed a steep decline in greylard harvest, resulting in the lowest total harvest on record.

To try and reverse, or at least slow this trend, councillors voted to reduce the Nelson/Marlborough greylard daily bag limit from 15 to 8 for the 2017 season, along with banning magazine extensions.

However the wet spring/summer appears to have led to a significant ‘bounce-back’ in the population, possibly attributable to more puddles within a duckling brood's home range, as it's known this doubles duckling survival rates.

This wet season, along with theoretically less total harvest following it due to the reduced daily bag limit, may hopefully follow through to our counts next autumn.

Probably the strangest result from this population increase we observed is a reported disproportionately high number of ‘grey-type’ ducks shot by hunters.

This was reported from Golden Bay, Moutere, and Maruia hunters, and also it would appear from Ikamatua and Upper Grey Valley areas also, within West Coast’s count sites.

Early on it was also observed by many hunters within our Fish & Game managed Para Wetland in Marlborough.

Quite why there were so many greys remains a mystery to us, but interestingly it would appear that some parts of Australia also reported a big increase in their native black duck (effectively our grey duck).

Whatever the reason, barring a spring/summer drought this year, we hope this may ultimately lead to more birds in the air for hunters next season. 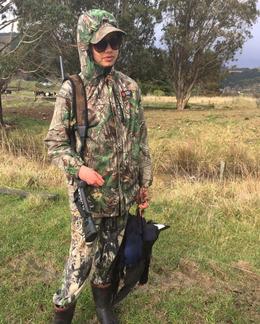 The date has been set for the annual pukeko hunt at Wakapuaka.

Keep Sunday August 13 free for an enjoyable few hours of ‘driven-style’ hunting, which despite its popularity as a fun day out also goes some way to alleviate the impacts these birds have on farming and mallard breeding in this area.

Left: The Wakapuaka pukeko hunt is a great place to introduce young or new hunters to game bird hunting.

Hunters will meet at the usual spot near the Boulder Bank carpark at 10am, where we'll hold a briefing before dispersing into two groups to begin the drive.

The hunt will be run slightly differently this year; we aim to have better dispersal of hunters along the ‘defensive line’ to reduce gaps, as well as spread hunters for safety reasons.

For safety reasons, no ground shooting of hares will be permitted on this hunt.

No prior registration is required, just turn up on the day at 10am, however if you have any questions please call the Fish & Game office. 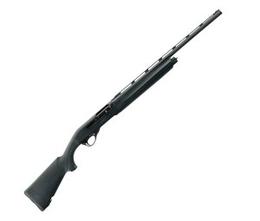 While the regular season for many game birds has closed, the open season for quail and pukeko continues.

Quail are huntable to the end of August, and a very liberal season for pooks runs until October 29.

Right:  There is still plenty of time to build up your stock of pukeko legs and be in to win a new Franchi shotgun.

There is also a summer season for pukeko which opens up on New Year’s Day through to the end of February.

That’s good news for those licenceholders who are trying to win themselves a new Franchi shotgun, which will be presented to the person who hands in the most pukeko legs at the end of the summer season!

This competition was initiated by Nelson Marlborough Fish & Game along similar lines to that of North Canterbury’s Great Swan Hunt.

In both cases hunters are encouraged to target more of the birds which in many cases are rising in number and creating an agricultural nuisance, but provide great sport and good table fare.

In the case of the pukeko, the hunter can rest assured that their efforts in targeting ‘pooks’ will also put more ducks in the sky, as they are known to predate on mallard ducklings due to their rapacious and territorial nature.