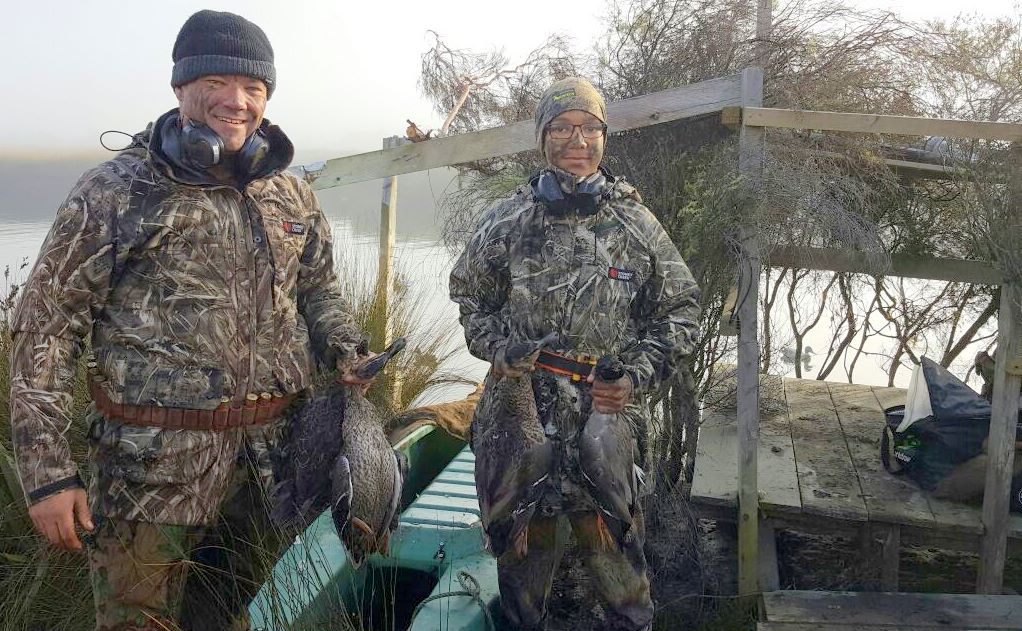 Crispy May mornings are a signature of early winter in the top of the south.

Right: Opening Day is about good times with family and great mates.

For our region’s game bird hunters, these mornings stir something inside them, as the first Saturday in May heralds the start of the new season.

For many, it's the most important day on their calendar.

So what is it about Opening Day that makes it so great?

Well, it’s all about the build-up – the month of preparation and conjecture leading up to the big day.

It’s the swirling butterflies in your stomach that only a duck hunter will understand, which come when you’re sitting in the dark, waiting for the first birds to appear.

It’s about tradition.  It’s pitting your wits and skills against a wild bird.

Decoys, calling and concealment. The joy of watching your hound pull off a great retrieve.

And importantly, sharing the spoils of the hunt with friends and family.

But for most of us, it’s about good times with great mates. For many, Opening Day is the catalyst for such important unions (or reunions!).

Weather-wise, duck hunters love rough conditions – a smattering of rain, but more importantly, wind, will bring the birds lower and looking for shelter, increasing the odds of a good bag.

To be honest though, in a region where sun reigns supreme, opening days like this are rare, and you may struggle to think of the last rough ‘ducky’ day.

Nevertheless, cometh the great day, instead of donning duck callers and earthy attire, staff will be out with voluntary rangers helping to ensure our hunters are doing the right thing.

And that is that they're hunting in a safe and responsible manner, abiding by the regulations, and hold a current game bird licence.

For those who taking part, stay safe and enjoy the day.

While the south of NZ copped a drenching over spring and summer, in the north of the South Island, it was the complete opposite.

Though late winter last year was wet, the tap soon turned off in spring and it's  stayed that way since.

Understandably, our region's duck hunters have showed some concern about the effect of the big dry on mallard rearing success.

Recent mallard monitoring results indicate the mallard population is similar to last year across the 60 survey sites, but this assertion comes with a caveat: as many ponds and wetlands were still dry at the time of counting.

This may have meant the areas with water (which staff were counting) had a higher than normal count.

For example, the Wakapuaka Wetland and oxidation pond had over double the normal count.

Parrie numbers are comparable to last year, but in general are fairly high still, with a higher than normal count in the Buller area one of the main reasons.

Maize harvesting this time of year will pull birds in from miles away, and it's been the case in the past few years that hunters, who had plenty of birds around their posies, find on Opening Day that the birds are gone.

They've been sucked away due to word on the grapevine that food exists elsewhere.

Dates for the Moturoa/Rabbit Island pheasant hunts have been set - with the hunts set down for May 25, June 22,  and July 20.

If you’re keen to have a go hunting one of the eight blocks on the eastern half of the island, email Jacob Lucas stating which hunt(s) you want to take part in. 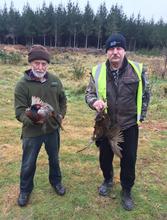 Hunters from both Marlborough and Tasman enjoyed the opportunity to hunt on Rabbit Island.

Last year, due to popularity, a ballot was held for each hunt with blocks allocated by random draw.

On the day the successful applicant and hound is free to roam one of the blocks with a fairly good chance of locking on to a bird or two.

Chukar are back on the game bird schedule for the first time in 25 years.

If you’re interested in having a go at this wonderful alpine bird in high country Marlborough, your first stop is to contact Fish & Game and you'll be issued with a permit.

If hunting access to Molesworth is required, we can book you on one of the open blocks which have been set aside specifically for the month of July for chukar hunting.

Be warned, chukar hunting is not for the faint-hearted.

Molesworth is a high altitude environment, and in the middle of July this means the potential for severe cold and snow conditions. 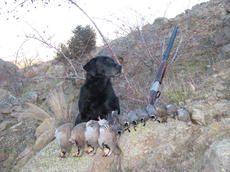 Added to that, a good level of fitness is required to chase these birds around the hills, for chukar relish the high rocky environment.

You will need to be an experienced 4WD driver, and some blocks may mean you will be camping out in the elements.

For some, chukar are a ‘bucket list’ bird that is won the hard way, often after many hours or days in vain.

But it’s an exceptional trophy, and if you’re lucky enough to bag a bird or two, the memory will be etched in your mind forever.