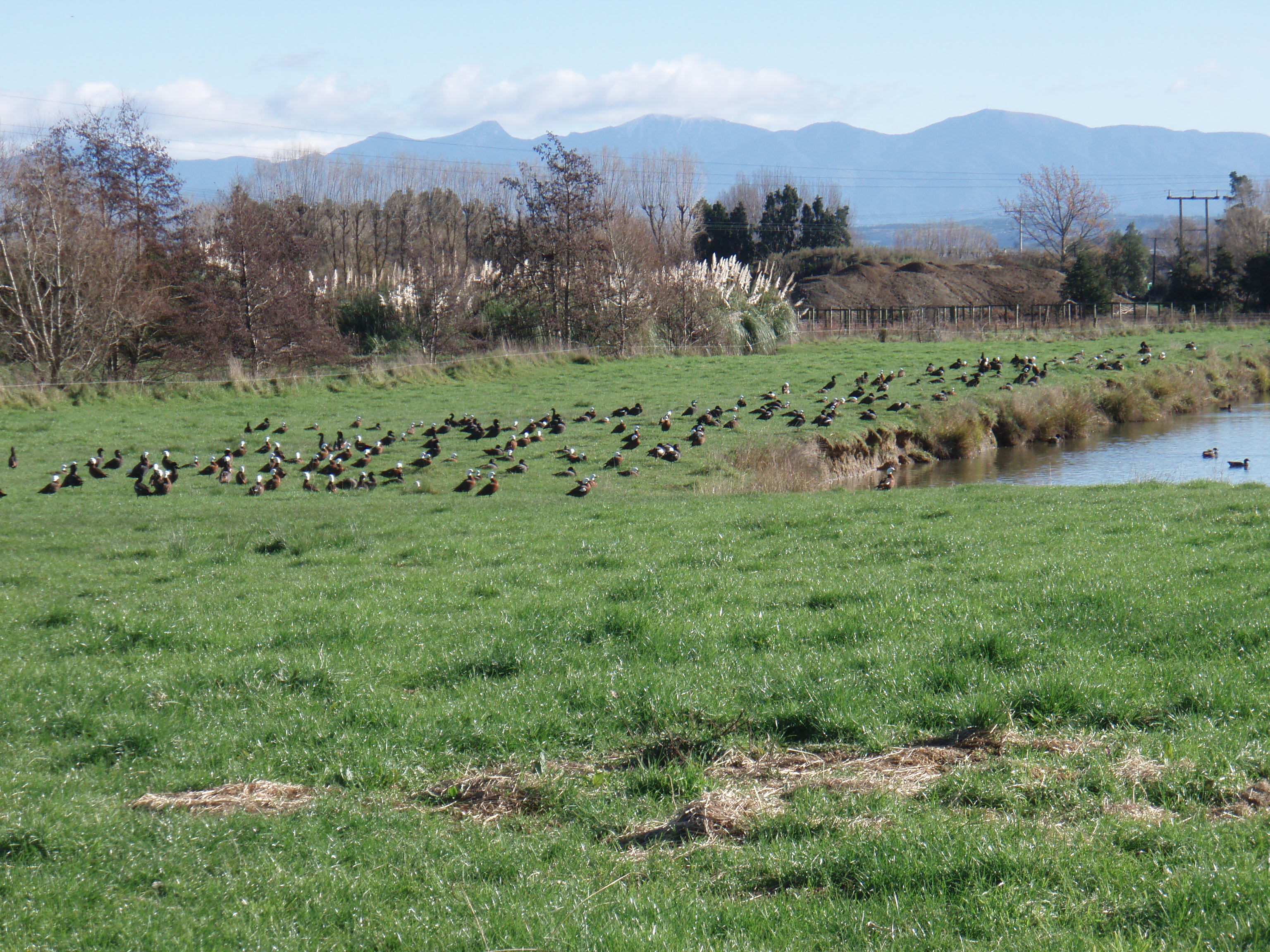 Staff recently completed monitoring mallards at 60 sites over the region and recorded an increase in birds in Tasman and Marlborough.

This was great to see and confirms what staff, as well as many game bird hunters, are seeing in their travels.

Right: Large groups of paradise ducks can cause issues for farmers.

Tasman counts were up by 20% across 30 sites, and in Marlborough there was a 10% increase over 30 sites.

There is little doubt that this is a result of a wet spring and summer, which provided excellent conditions conducive to successful breeding - lots of ephemeral water bodies and higher food abundance, resulting in hens raising more ducklings to full size.

The prolonged nature of the wet summer also saw hens having multiple clutches, all of which equates to more ducks in the sky.

The results we have seen in Nelson / Marlborough also mirror what many other F&G regions are experiencing, particularly many North Island regions which have recorded some of the highest mallard counts in many years.

Paradise shelduck remain steady, albeit on the high side in the Tasman area.

Over 10,000 birds were counted at known moulting sites around Tasman / Buller and around 5000 on monitored Marlborough sites.

This year so far staff have issued a large number of permits for parries, which have been congregating in high numbers on crops or newly sown grass.

So if you happen across a good mob of parries causing damage to pasture or crops, knock on the farmer’s door and ask permission to have a crack at them. 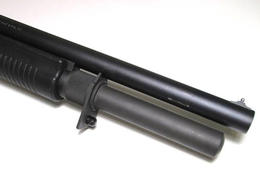 This year two major changes to the regulations have been introduced:

This was a recommendation from the Nelson Marlborough Game Committee ratified by the full Council. The step was taken as a result of record lows from the 2016 surveys in both the annual mallard counts as well as the game harvest survey.

Rangers will be out on Opening Weekend checking to see that hunters and their shotguns comply with the new regulation, and ensure the magazine capacity is set at the factory standard for that particular make of shotgun; meaning for the vast majority of hunters a 4-5 cartridge limit will apply.

Note, the reduction in bag limit is for mallard/grey (greylard) ducks only, and does not apply for the paradise shelduck limit which is set at 10 birds/day for all areas, except Tasman/Golden Bay which has a daily limit of 15 birds.

Staff hope that these new regulation changes, which, along with the bumper breeding season in 2016, will keep the mallard population trending in a positive direction.

Game bird hunters generally don’t need any help to get themselves fizzed up about Opening Day, many hailing it as the greatest day of the year.

However Marlborough Hunting & Fishing is hosting a Duck Night and Calling Competition just prior to the big day, on Tuesday May 2nd at the Speights Ale House, from 7.30pm.

The night will include some duck chat by guest speakers, topped off by more duck chatter in the form of a calling competition.

There will be lots of prizes given away on the night, including a free licence donated by Fish & Game.