Both opportunities for salmon and trout fishing have been excellent this month, as the weather has settled down and the river flows have stabilised.

Enjoy the mild autumn conditions and get out fishing while so many options still exist, with all waters still open and daylight savings still here to get out after work during the week.

While the salmon fishing has been slow in some of the more regular spots such as Lake Mapourika, other less fished waters have been producing well.

Many fish caught have had their adipose fins clipped signalling they are of hatchery origin, we are interested to hear of these fish being caught.

With rain forecast in the coming week, it’s likely we may get more fish coming through before the season ends and the likes of Lake Mapourika may have some good fishing still to come.

Remember that Lakes Paringa, Mapourika and Moeraki all close for Salmon fishing on the 31st March, along with the Okarito River and Windbag Stream.

Numbers of fish were actually up from the initial dives made in the late 1980’s/early 1990’s.

It was notable however that many of the trout were not in the boulder stretches where you would expect some fish, but instead the majority were holding in the deeper pools. 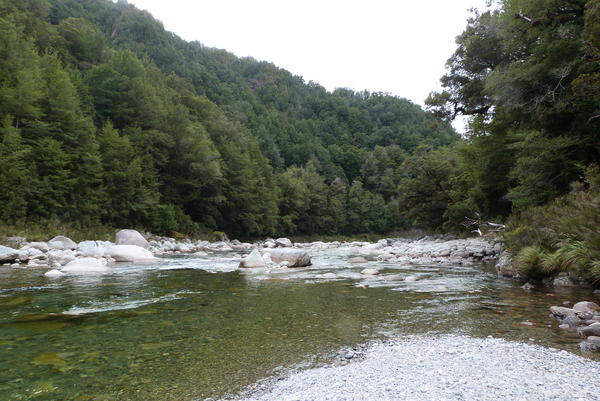 After a succession of poor seasons with low fish counts during drift dives, the Little Grey appears to have come back somewhat during the past two seasons, with reports of some good fishing being had earlier this season.

Despite this we have continued monitoring temperatures and drift diving this season and are currently scheduling more work in the catchment over the year ahead to identify the most significant spawning streams in the area.

This is to be finalised, however is likely to be carried out using otolith analysis of adult fish.