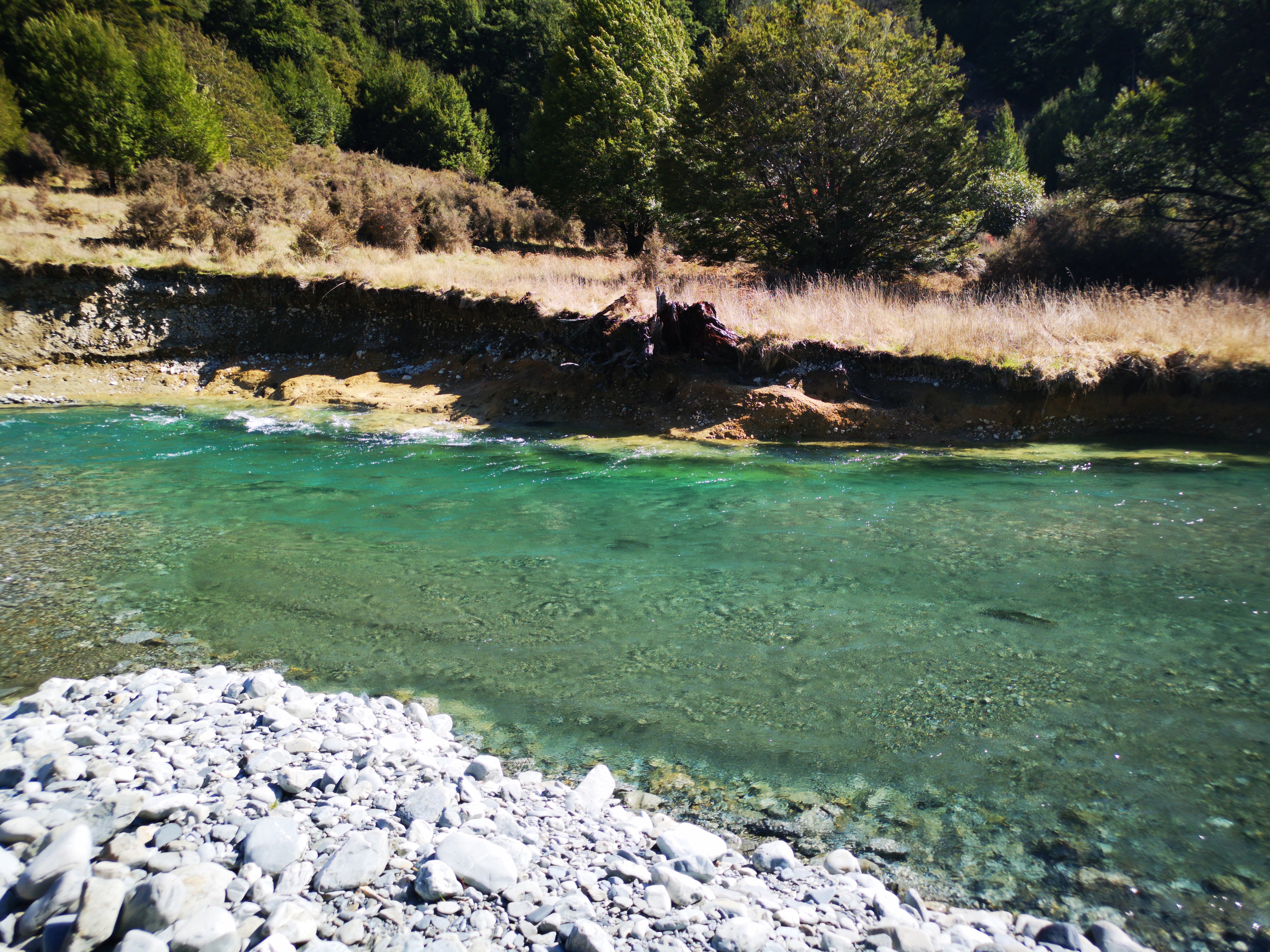 With the season looming ever so closer, excitement is building nicely as we look forward to hitting the water which has been rested for the past five months.

Staff have been out in the field recently on some of our backcountry rivers and it appears the resident trout population have enjoyed a remarkably stable winter.

Right: Fish appear to be in good condition coming into the new season.

Angler reports from the Wairau have been fairly good, and again, judging by the condition factor on the fish, the stable winter has meant post-spawning recovery has occurred faster than normal and there should be some excellent fish in this catchment also.

We expect one or two of our backcountry waters to be fairly popular come October 1st, so if you end up meeting another party on your chosen beat – have a friendly chat and come up with a compromise that will see both groups getting some fishing in.

Wherever you end up, we wish you a great day out on the water.

The Motueka River access pamphlet has had a refresh, you can download a copy here or call into the office for a copy.

One notable change is that the access point at Jacaranda Corner (start of Motueka Highway) has been removed due to safety concerns with vehicles pulling over, however it is still possible for locals to use this traditional access point as per the prior arrangement.

We have another busy season of releases coming up with Lake Argyle on the cards for plenty of fish, as well as another Branch/Leatham release in late November and fish destined for Waimea Park kids fishing ponds.

For Argyle, we have 500 rainbows in the 8-15 pound class which have been carried over from last year and will be liberated roughly 100 each month for the next 5 months.

The current cohort of this year’s fish are growing well and should be around 1kg by November/December.

These fish will head into Argyle throughout the season, as well as provide some of the fish for the Branch release.

On top of this we also have some salmon for release into Argyle which will be hopefully ready to go when they reach the 1kg+ mark and should provide some great enjoyment and culinary appreciation. 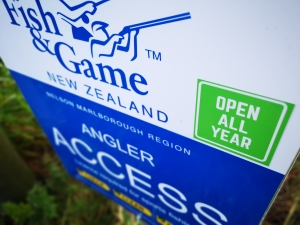 Stickers have been added to access signs to help reduce confusion about winter fishing restrictions.

If you notice our access signs are slightly different, we have started adding small stickers to visually indicate to anglers whether the fishery is open all year or closed over winter.

This was done to minimise confusion over where fishing is permissible, which is common for some anglers when trying to decipher winter fishing regulations.

Fishing the Nelson Lakes this October?

An aerial 1080 operation was carried out in the Travers and Sabine catchments on 8 September, 2020.

This was undertaken on behalf of the Department of Conservation as part of its Battle For Our Birds programme.

While DoC and the Ministry of Health advise that there is no risk to your health if consuming trout after seven days from a treated area, the Nelson Marlborough Fish and Game Council recommend a withholding period of at least one month before consuming fish from an area treated with 1080.