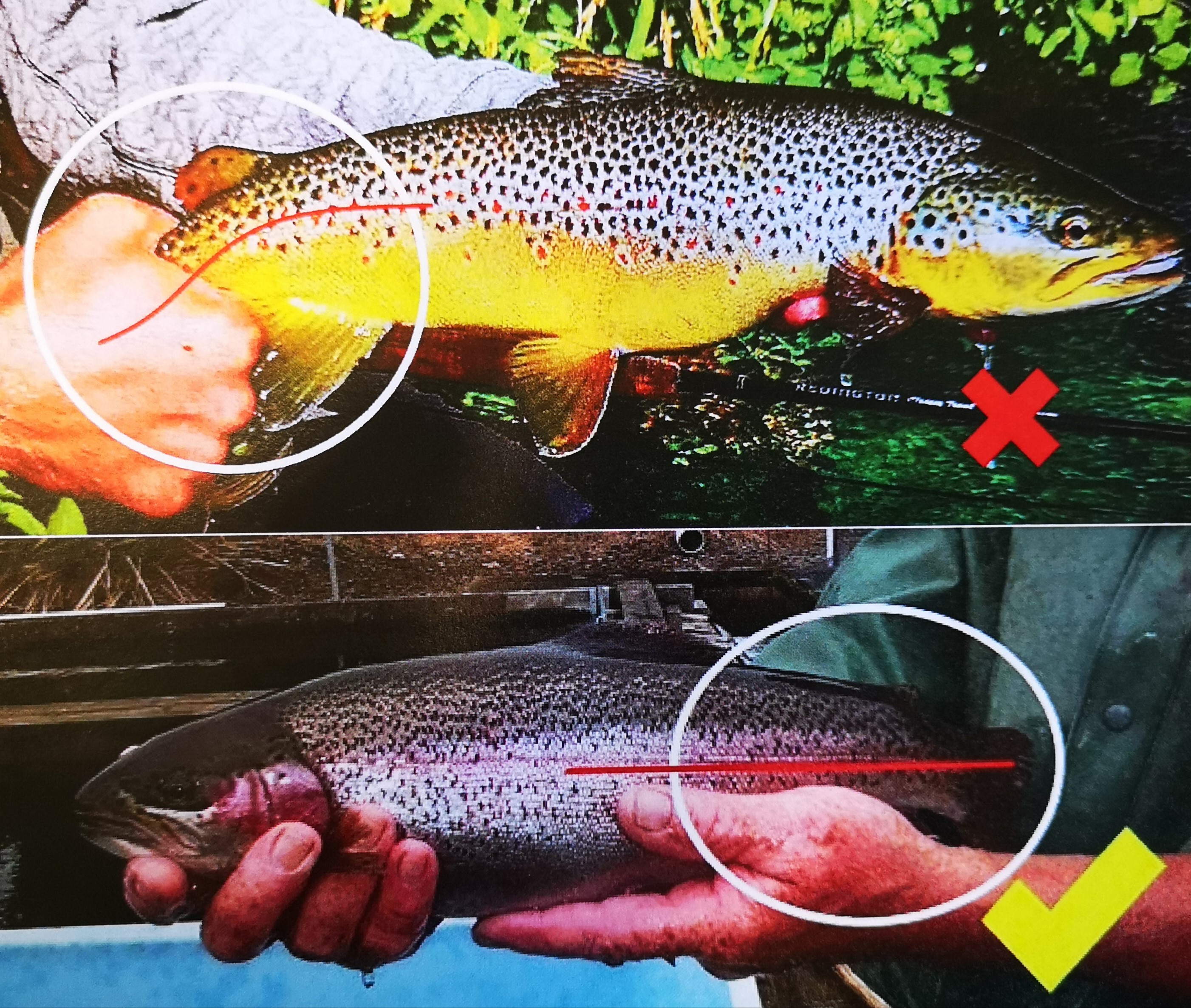 Tips for handling fish from an aquaculture expert

While many anglers fish for the pot, most of us carry out catch and release on a regular basis.

But do you know you may be causing significant harm to the fish which may lead to its death?

Above right: The right way and the wrong way.  Do your best to return the fish to the water as safely as possible.

In particular, this is in reference to gripping the fish for the 'hero shot' which is the norm in the modern era of fast cameras and social media acclaim.

Note the top picture.  Look at how much pressure his hand is exerting on the tail of the fish.  It looks like he’s getting ready to have a game of tennis!

Our expert says the spine is getting bent at a 45 degree angle, which causes the fish a lot of harm.

"This will cause major bruising of the tail muscles. In my game this is called wristing and it's an absolute no-no."

The spine is stretched because a fish tail is not designed to be bent down at an angle like this.  Why do you think they turn their side to dig redds during spawning?

There’s also a good chance you’ll burn the skin around the tail and cause scale loss, more so when the fish is in its fast growth phase.

The fact is at least 10% of fish held like this will die in about two weeks from white fungus, that is, if a predator doesn’t get them first because they can’t swim properly.

Above all, if you really have to get that photo, don’t keep them out of the water for more than a couple of seconds.

And don’t commit the horror crime which is to lie the fish on the hot stones or grass for a snap.  Is the hero shot really worth the death of a fish?

Argyle release in time for opening 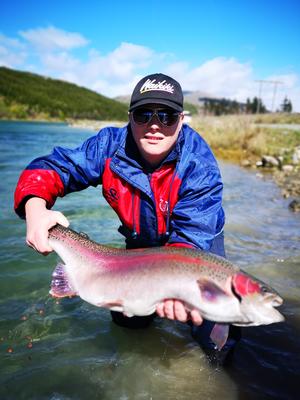 Do you want to catch a 15-pound trout?

If so, head to Lake Argyle in the new season.

We’ve just released a tanker load of trout in time for the October 1 opening,  some of them of staggering size.

In the mix was also a good number of 1kg rainbows which are great for kids to catch and make excellent table fare.

With water temperatures warming up, the trout will be more active than they were over winter.

Fish & Game representatives are meeting in Dunedin for a two day symposium on future management of our pressure sensitive fisheries.

Increasingly, many of our fisheries are feeling the weight of our international reputation and  suffering from excessive fishing pressure.

Not only is this taking place in our pristine backcountry fisheries, but many of our iconic lowland waterways, particularly in Southland, have too many anglers, which is harming the fishery.

With the exception of a couple of rivers, our lowland fisheries in Nelson/Marlborough fare much better, with most non-resident anglers focused on wilderness fisheries.

In time this will no doubt change as more non-resident anglers push into these rivers.

But it must be said that, generally, our lowland rivers are able to sustain a greater level of angler pressure, as they've done in the past.

On that note, Fish & Game is seeking your feedback on controlled fisheries in the Nelson/Marlborough region, similar to that of the Greenstone in Otago.

Specifically, the Goulter and/or Travers have been identified as potential candidates.

Controlled fisheries mean anglers would have to book a beat in advance before fishing it.

This would generally be during the high use period (December-March).

If you have any comments on this, please send your thoughts to: nelsonmarlborough@fishandgame.org.nz.

This is a quick reminder that we still have four designated backcountry fisheries in place.

To fish them anglers must obtain a backcountry endorsement on purchase of a whole season licence.

The endorsement is free, and can be obtained by clicking here

In order to fish the following rivers, you will require an endorsement: