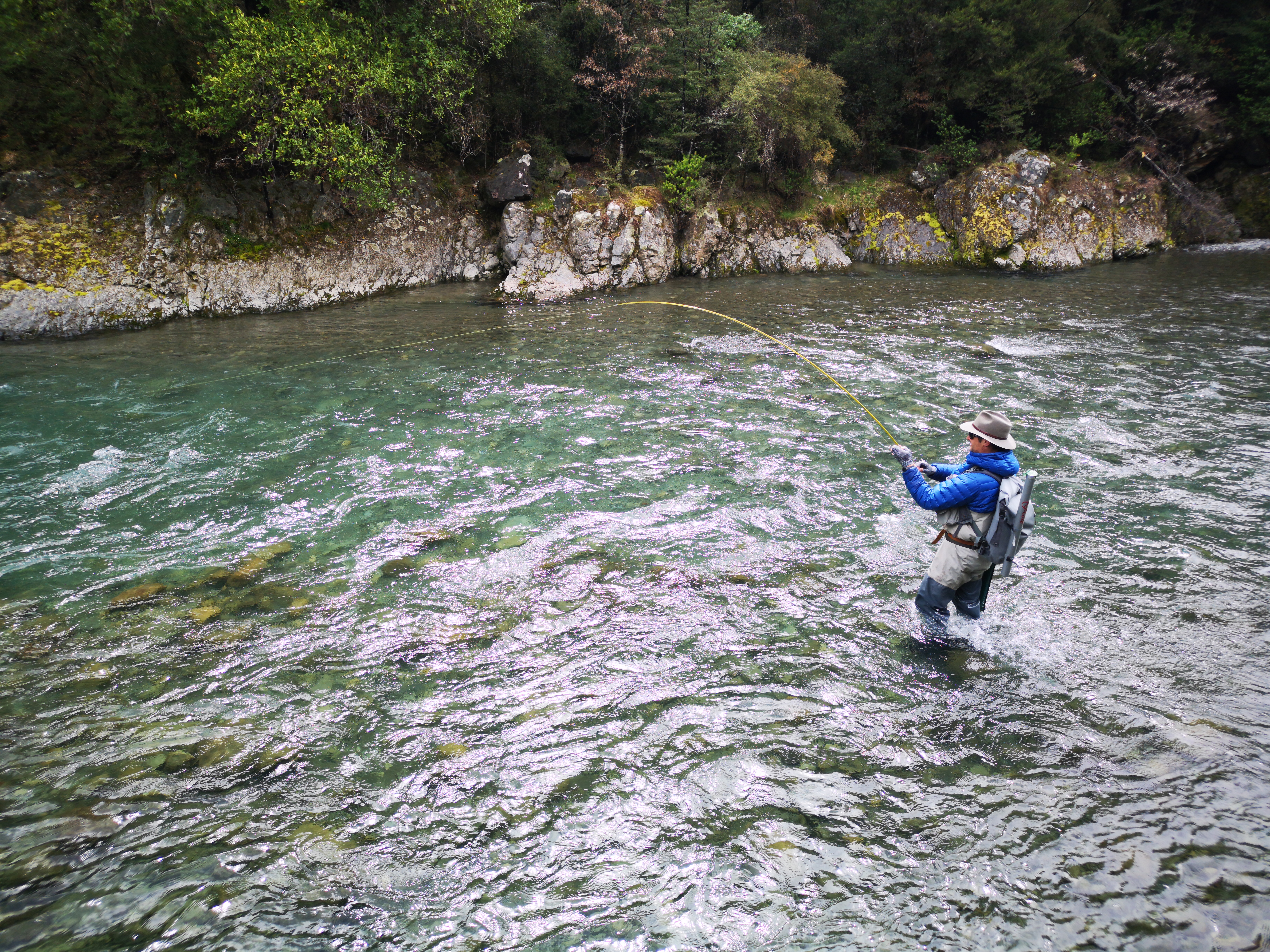 Spring fishing is generally characterised by changeable weather patterns and full river flows, and this year has been no exception.

Aside from this, reports from the start of the season have mainly been positive, with our predictions of well-conditioned trout being the norm.

Though the rivers have been full so far this season, flood events have been minor meaning invertebrate life is abundant and trout have been dining well, meaning some fit and fighting fish have been brought to the net by anglers.

There is always somewhere to go to find good fishing water, and many local anglers have been targeting smaller tributary streams or backcountry rivers which clear quickly.

Mainstem staples such as the Motueka and Wairau are best fished in normal flows on calm, bright days and really come into their own closer to Christmas.

There’s plenty of space out there to find a piece of great fishing water and staff have not heard of any angler crowding issues to this point.

Once the hype of opening day fades, the next month or so are an excellent time to hit the hills.

It’s always a good idea to signal your intentions to other anglers by placing a note on your dashboard.

Fish & Game also have GONE UPSTREAM/GONE DOWNSTREAM cards free to give away to make this easier, so call in to the Richmond office and grab a couple. 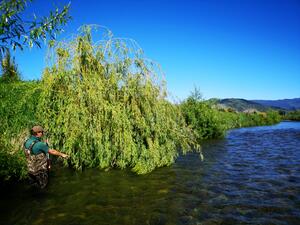 Historically, crack willow removal and subsequent rock armouring within this reach caused a significant reduction in trout habitat and indeed the trout population in this river.

Shrub willow has recently been planted at the water line at strategic points and will grow to provide security and structure which trout require.

These new plantings will provide additional habitat alongside weeping willows and flaxes which Fish & Game planted four years ago, which are now taking shape and beginning to provide better habitat.

Added to this, some of the rock from the rip-rap walls have come loose and fallen into the main flow, resulting in beneficial scouring and deepening of the channel in some places as well as providing structure (hydraulic diversity) which trout love to utilise for feeding.

Fish & Game have been asking Tasman District Council to position large rocks at key strategic positions to provide for better habitat, however this has not been attempted yet though appears to be occurring without intervention.

There is, however, scope for some additional rockwork to be placed in some of the homogenous runs in the future, as well as more strategic plantings.

While the trout population is still relatively low in this reach, we hope one day when the habitat returns so will the fish. 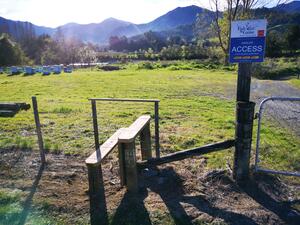 Foot access to the ‘double gates’ run is now in place.

A stile has been constructed to provide foot access to a popular fishing site on the Motueka River, known as ‘the double gates’.

The public historically had vehicle access to the river here, but due to several issues involving a small percentage of the public, the landowner has now asked that users park on the roadside (away from the gate) and walk to the river.

Local angler, Terry Duke, has donated a brand new 5 weight, 4 piece fly rod and reel which he’s keen to give away to an up and coming youngster who wishes to learn the art of fly fishing.

Fish & Game are running a competition to give the rod away to someone under 18 years of age. 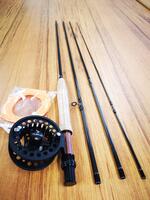 Terry Duke has kindly donated this fly rod which he wishes to go to a young angler.

Simply send us a photo of the youngster with a trout, or in the pursuit of trout fishing plus a caption about the photo and why you are deserving of a new fly rod and we will select a winner to be drawn at the end of November.

Note: we only wish to give the rod away to a junior angler under 18 years of age who does not currently have a fly rod, and someone with a genuine interest in learning how to fly fish, so please only send in pictures if you fit this criteria.

Email nelsonmarlborough@fishandgame.org.nz with your photo.

Posted in Reel Life; Posted 20 months ago by Richie Cosgrove