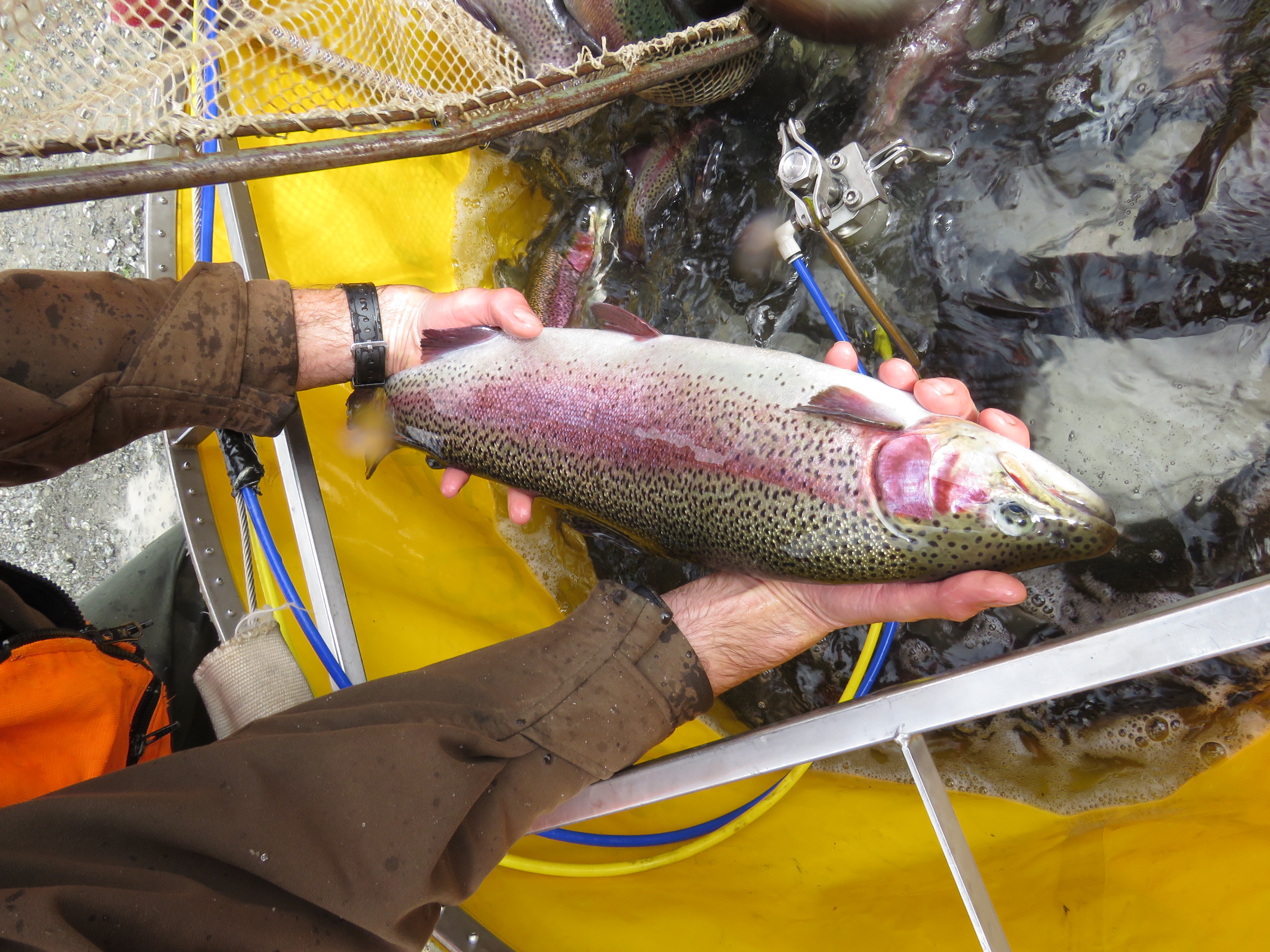 Last week 420 rainbow trout were released into the Branch and Leatham rivers, as part of Fish & Game’s annual restocking programme.

This is on top of 400 fish that were released in April this year.

Right: Trout released into the Branch and Leatham rivers.

The release is funded by TrustPower as part of their mitigation agreement for the Argyle Power Scheme.

The weir on the Branch River is like a one-way valve – trout can leave the Branch/Leatham Rivers (by going over the weir or through the intake into Lake Argyle).

But the fish can't return to spawn upstream so Fish & Game has negotiated the release of 800 trout per year for at least three years, in order to try and maintain a suitable population.

The fish were supplied by North Canterbury Fish & Game, and transported via helicopter in a monsoon bucket.

Fish were distributed evenly between the Branch and Leatham Rivers.

We encourage anglers to head up and try and catch some of these fish, however they may need a few weeks to adjust to their new habitat and lock onto natural food sources.

The fish have their adipose fin clipped to identify them as released trout, but look carefully – some of the fish may have part of the fin remaining.

If you catch any fin clipped fish we’d like to hear about it, please email nelsonmarlborough@fishandgame.org.nz.

To keep or release?

To keep or release? A new brochure with advice on Looking After Your Trout is now available from the Richmond office – free of charge.

Above: Out of water too long...scale loss, and a death grip on the gills. Released back to the water, this large brown will probably perish as a result of poor handling.

In these pages there is some sage advice on how to handle trout correctly if your intention is a safe release and a speedy recovery for the fish.

Tips such as playing the fish quickly, knotless nets, single hooks, and (most importantly) the principle to “keep 'em wet” sound like common sense, however they are critical factors in a good release.

It's surprising how often anglers continue to get the basics wrong and allow a fish to swim away after poor handling to likely perish later (often all of this in the name of getting a photo).

If done right, the fish will swim away in good health and left to grow bigger, you never know, one day you may catch it again.

Visit the website www.keepemwet.org for some great fish handling tips.

Use the heaviest line you can get away with

Use a single hook

Land your fish as quickly as possible

Use a net to land your fish

Keep the trout in the net

Work quickly, and even avoid touching the fish at all

If you want to take a photo, make it quick

Keep your hands away from the gills

Also available are pamphlets on Spin Fishing, and arguably the key factor for successful trout fishing: Reading The Water.

We also have a stock of Gone Upstream/Gone Downstream cards, which are there for anglers to leave on their vehicle dash board to indicate direction of fishing – all free of charge.

These provide crucial information for anglers to properly use the voluntary beat system now in place for the Upper Wairau River. 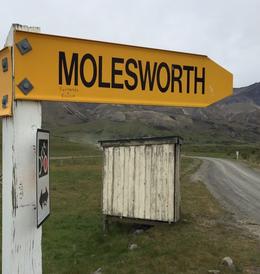 Clarence Bridge on Molesworth Road has been closed due to flood damage.

Damage has been assessed and repairs to the bridge and approach are planned to be completed early to mid-November.

The Acheron Road has been opened as scheduled (Labour Weekend) but due to the bridge damage, no access is available through to Hanmer Springs from the Awatere (Marlborough) side of the road.

Recent flooding of the Clarence River has caused major erosion and collapse of numerous sections of Tophouse Road.

All vehicle access to St James from Jacks Pass and the vehicle tracks in St James Conservation Area are closed.

The road repairs are not expected to be completed for at least a month if not longer.

Rainbow Station: Road closed. No access past Six Mile Creek through to Molesworth Station/Rainbow River due to washouts.