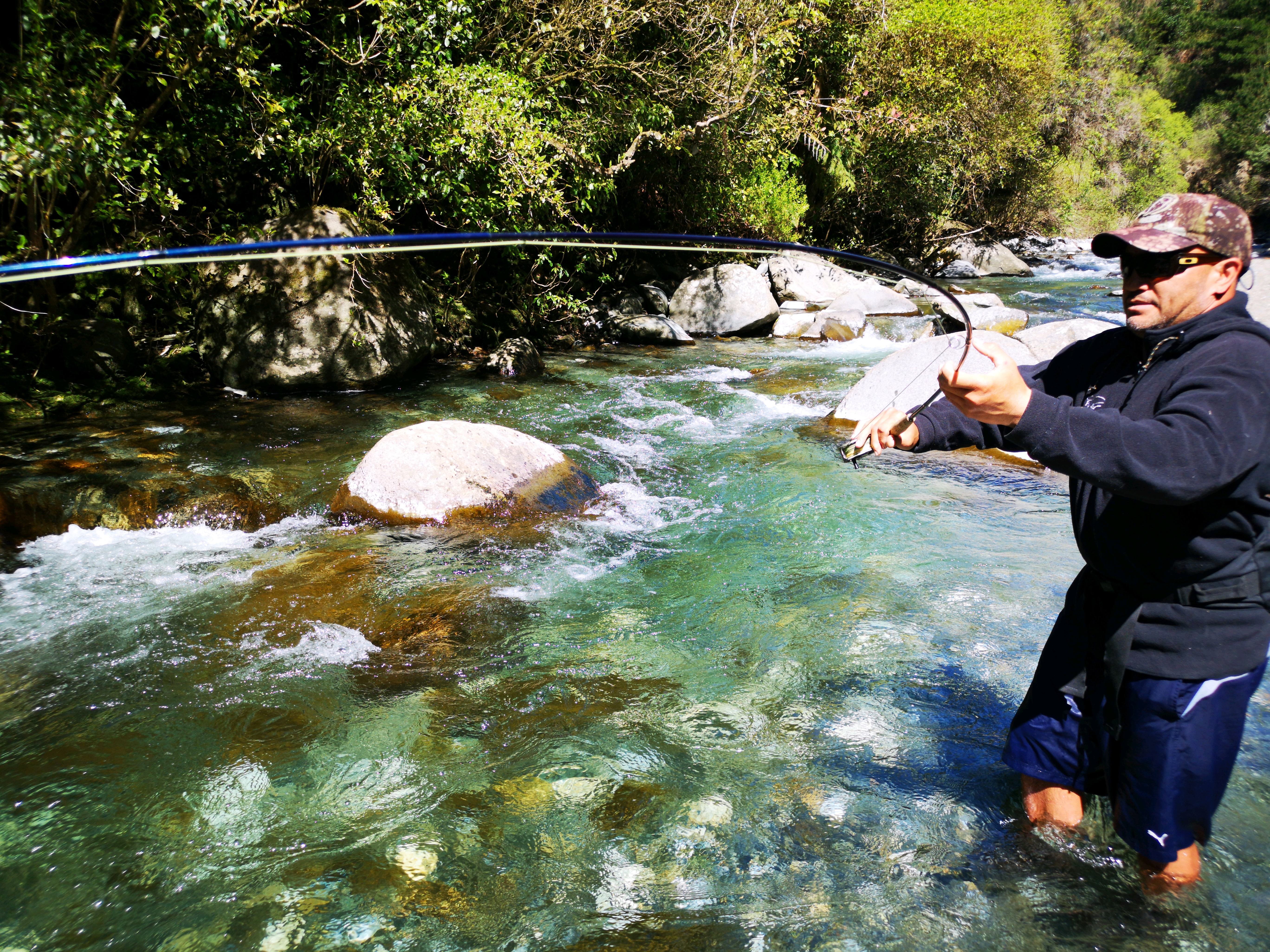 With a minor amount of apprehension, anglers entered the 2021-22 season on October 1st due to the monumental flood event in July and the regular floods since.

However, the weather Gods were generous on Opening Day, with the dawning of clear sunny skies and little wind.

Added to this, the week leading up to the start of the season was fine, meaning most rivers were running clear.

Of course, Opening Days like that are rare weather-wise, with high waters and turbulent Spring weather the usual norm, but did the fish play ball?

From numerous reports from experienced anglers, it appears all is not lost.

Staff have been hearing plenty of positivity from anglers about fish numbers and fish condition in some rivers, which is great news.

Indeed, after a cool morning and slow start across the board, the fishing heated up towards the afternoon in line with (and due to) the warming water temperatures, and plenty of fish were looking skywards for their protein and falling victim to a well-presented dry fly.

While there have also been reports of some locales having been more severely affected, staff are confident there will still be plenty of good fishing to be had this season.

Once the sun shines for a few more weeks and the rivers drop to normal levels, we will start to get the complete picture of how the trout populations are faring from both our angling efforts (reports) and drift dive surveys.

So, get out and take a look – you might be surprised.  And while our larger lowland waters are still running high, tributary and backcountry waters are frequently clear and well worth fishing.

Above Right: Weesang Paaka locked in a gripping battle with a belligerent small stream brown trout-the fish won the day. 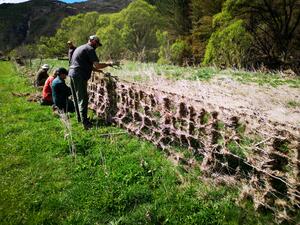 A chance for anglers to say thanks for years of access – clearing flood debris from fences.

Our flood cleanup efforts have almost concluded with over 360 volunteer hours, kilometres of fences cleared of woody flood debris, paddocks re-instated for livestock, and happy farmers.

It has been fantastic to see such a great response from anglers, particularly the Nelson Trout Fishing Club, who have given up a large amount of their own time to assist farmers in the cleanup.

This was a chance for anglers to say thanks to many landowners who provide access through their properties for fishing.

Our efforts have been noted and warmly received by the rural and farming community, where there has been some tension in recent years due to dialogue at a national level.

And even though a lot of good work was done, our hardworking angler volunteer base also appeared to enjoy themselves – doing something positive for the community and having a good catch up at the same time with other anglers.

Hopefully, when the rural community needs assistance in the future, we will again be able to galvanise a team of willing anglers to help out the community.

The family/adult pond at Waimea Park – with new signage installed.

Almost a month into the fishing season, the new Waimea Park family/adult pond is going well, with plenty of people fishing there and good numbers of fish caught.

Seeing this fishery is brand new, we don’t know much about fish behaviour and distribution yet, and what methods also work the best, but here are a few tips from what we’ve seen so far:

We will be doing fish releases here every three to five weeks during the regular fishing season and not publicising when these occur, so plenty of fish should be in the pond.

Next door at the Junior Only Ponds, the Trust has decided not to hold any Kids Fishing Events due to covid restrictions, though the ponds will be stocked sometime in December before the holiday season starts.

But, of course, kids now have the option of fishing the new family pond, so there will always be a fishing option there for everyone.

Read the statement from the Trust here.

CHECK THE FLOWS BEFORE YOU GO

Remember, if you are in any doubt about river flows at your intended fishing destination, check the current flows at dozens of rivers across the region: