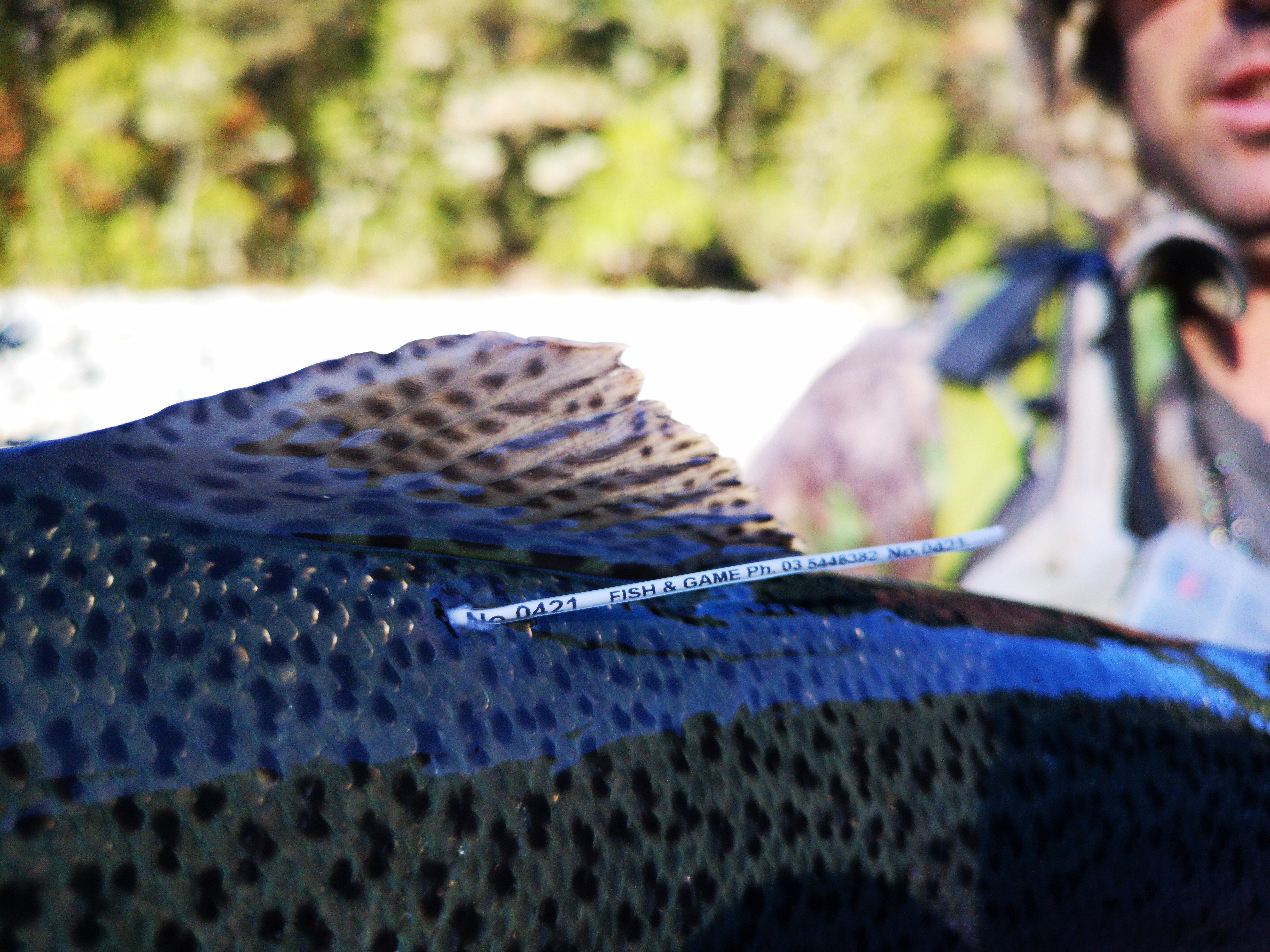 Fish & Game are hosting a free family fishing day at Lake Argyle on 18 January 2020, as a way to encourage new anglers to take up trout fishing.

The day is for anglers who haven’t fished before, or are very new to the sport and need a helping hand to help them catch more fish.

Right: Please leave the tags in the fish if releasing.

Fish & Game will supply attending anglers with an ‘educational permit’ which means they can give fishing a go at no cost on the day.

Fish & Game staff and helpers will be on hand to help new anglers set up their rods with effective methods to catch trout, be it spin/soft bait fishing, bubble and fly, or fly fishing.

We will also be releasing a tanker load of fish on the day which the participants can view and assist with – some of the fish should get them pretty excited too, with a number in the 10-15 pound range.

The fishing day is supported by the Department of Conservation, and Henderson’s Ltd of Blenheim, and there will be a BBQ on hand to provide some food, as well as a smoker to serve up some freshly smoked trout.

There will also be prizes given away on the day, and of course, participating anglers will have the chance to catch some of the lucky tagged fish, which would have been released a few weeks prior.

Some rods/gear will be provided on the day, however we expect most of those attending to bring along a rod of their own.

If you’re reading this and think you know someone that would like to attend – please get them to register with Nelson Marlborough Fish & Game: nelsonmarlborough@fishandgame.org.nz | 544 6382

Tag returns have been coming in thick and fast since the new seasoned opened, and we have been delighted with the enthusiasm shown by local anglers in telling us about their success.

However, staff, have noted that some anglers have been pulling the tag out and then returning the fish, which has been somewhat perplexing.

So, if you catch a tagged fish and want to release it, please record the tag number and leave the tag in the fish, so we can continue to get more valuable information from this fish.

Tag numbers are small, so if you have trouble reading it like most of us do, just record the colour of the tag which is still of benefit to monitor the success of the releases.

Access through Rainbow Station into the fabled Molesworth country will be possible from Boxing Day onwards.

Due to slips and the river washing out the road at Connors Bluff the road has been closed for the duration of the current season, so this is good news for anglers wishing to fish the Upper Wairau, and further afield at the Sedgemere Tarns and the Clarence/Acheron.

Argyle continues to produce the goods 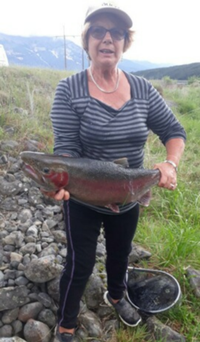 This visiting angler found herself attached to this 5.5kg monster from Lake Argyle.

Lake Argyle continues to deliver some huge trout, with staff been made aware of a number of trophy 10+ pound rainbows caught recently.

Case in point were two anglers one of our voluntary rangers recently bumped in to.

The first angler was from Canterbury and seconds after saying that there were no “big” fish in the lake, hooked into a 5.5kg monster that she subsequently landed and released, stating “he’s a good breeding fish” – a great action that will now result in some other lucky angler catching the fish.

The second was a North Island angler who recently moved to Blenheim and had literally dusted off his fishing rod and an old toby lure which the paint had rubbed off, revealing a bronze coloured lure.

Well, the lure did the trick and it didn’t take him long to hook into a 10 pound trout which gave a great account of itself before succumbing to the net.

The angler is now ‘hooked’ back on trout fishing too.

Anglers are reminded that the daily bag limit for Lake Argyle is 2 trout per day.