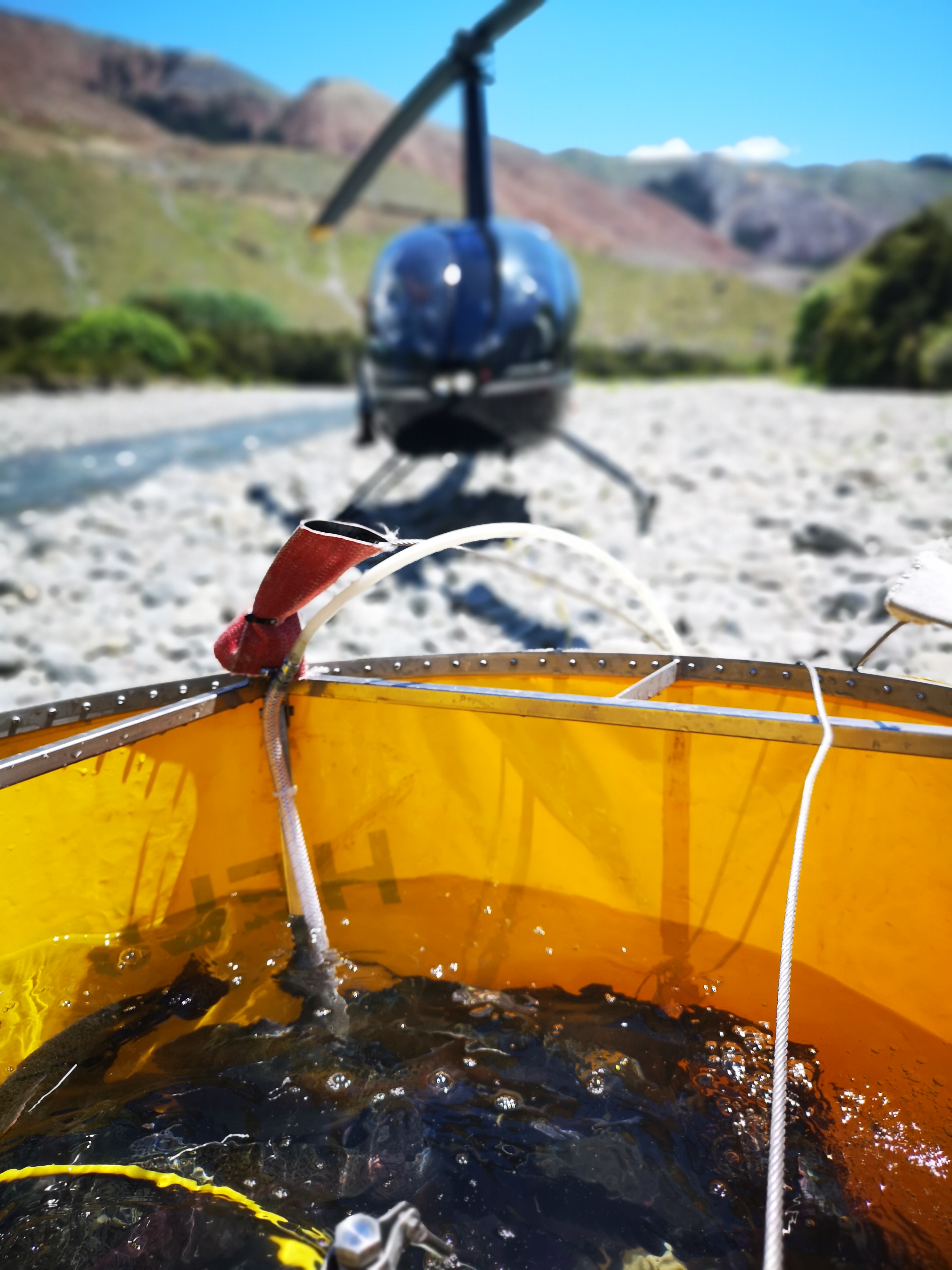 Staff have released hundreds of rainbow trout into the Branch and Leatham rivers, thanks to funding from Trustpower.

The fish that weighed 1.2kg on average were airlifted by helicopter into several sites in both rivers.

Above right: 400 tagged rainbows have recently been released into the Branch and Leatham Rivers.

All fish have been tagged; red tags for the Branch and white for the Leatham, which means there are now four different coloured tags in the system (April’s release used green and yellow tags).

If you catch any tagged fish, please email: nelsonmarlborough@fishandgame.org.nz 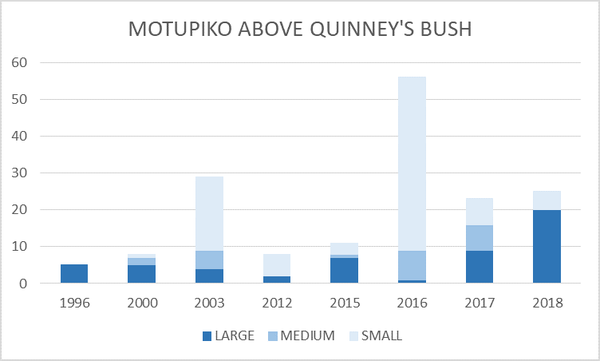 Staff have begun the summer drift dive programme, kicking off with the Tinline, Lee, Waimea and Motupiko rivers.

While the Tinline and Lee held very low numbers, the Waimea looked promising, with the river in great condition and healthy numbers of trout in all size classes.

The Motupiko was an interesting dive, with the largest number of large trout observed in the lower dive site (above Quniney’s Bush campground) for more than 20 years.

In its day, this reach used to have incredible fishing, until unsympathetic river engineering and low flows put a huge dent in available habitat.

Things have now changed somewhat, with a shift in river engineer practices which have better regard for fish life.

Using rock groynes instead of riprap, better provision has now been made for aquatic life, and trout could be seen inhabiting many pools which were made by the scour effect from these groynes.

Most motable was a flourishing population of dwarf galaxias living close to large trout, often in the same pool, a product of the very stable winter the region experienced.

The graph shows a low number of small trout in residence, however this is more to do with the time of year the river was dived.

It is expected that small fish numbers will increase during summer as they drop out of their rearing streams. 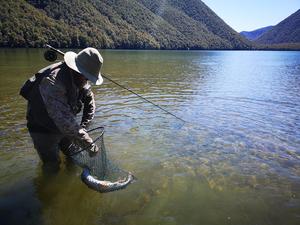 Lake Daniells is a beautiful place, but be sure to take your valuables with you.

There has been a recent spate of vehicle break-ins at the Lake Daniell car park.

If you're heading to the lake, we remind you to take your valuables with you; don't leave items in plain sight in your vehicle.

Unfortunately these thefts are all too common, and regularly occur at many other road end destinations.

Even in more populated areas such as the Motueka Valley, anglers’ cars have occasionally been broken into in recent years.

It’s a good idea to check you’re up to date with your insurances, just in case you become a target – at least you’ll be covered!

The headrace canal flowing into Lake Argyle has a good population of fish and is well worth a look for anglers who want a change of scene from the lake.

Brown and rainbow trout move easily between lake and canal, and at times there can be large numbers in this fast moving water body.

A word of warning though; due to the steep-sided nature of the canal, landing your fish can be very difficult, particularly with swift moving water which can be hazardous if you end up in the drink.

Our advice is to take a long handled net – it makes the job much easier and safer.

Nelson/Marlborough Fish and Game Council recently held its AGM and first meeting of  the new council.

There are five new councillors, each with their own strengths and perspectives, and all eager to contribute to management of the Nelson/Marlborough region.

Owen Bagent was elected Chairman with Bill O’Leary stepping up as the NZ Council appointee.

A special tribute must be paid to Paul Dixon Didier, who retired from the Council after 25 years of loyal service to Nelson/Marlborough licenceholders, including several terms as NZ Council representative.

Staff have high hopes that this will be a great Council providing staff with forward thinking vision. 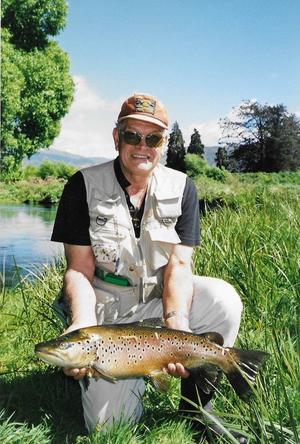 Ted Bason on his beloved Spring Creek with a fine brownie.

Ted was an avid angler and spent much of his time chasing trout in the Marlborough area and beyond.

He was a member of the Marlborough Acclimatisation Society and served as President for a number of years.

In the words of Tony Orman: “Ted was a fine, no frills fly angler with a focus on presentation, which saw him net many fine trout in his days.

More importantly he was known for being loyal, diligent, and principled, with an admirable sense of value”.