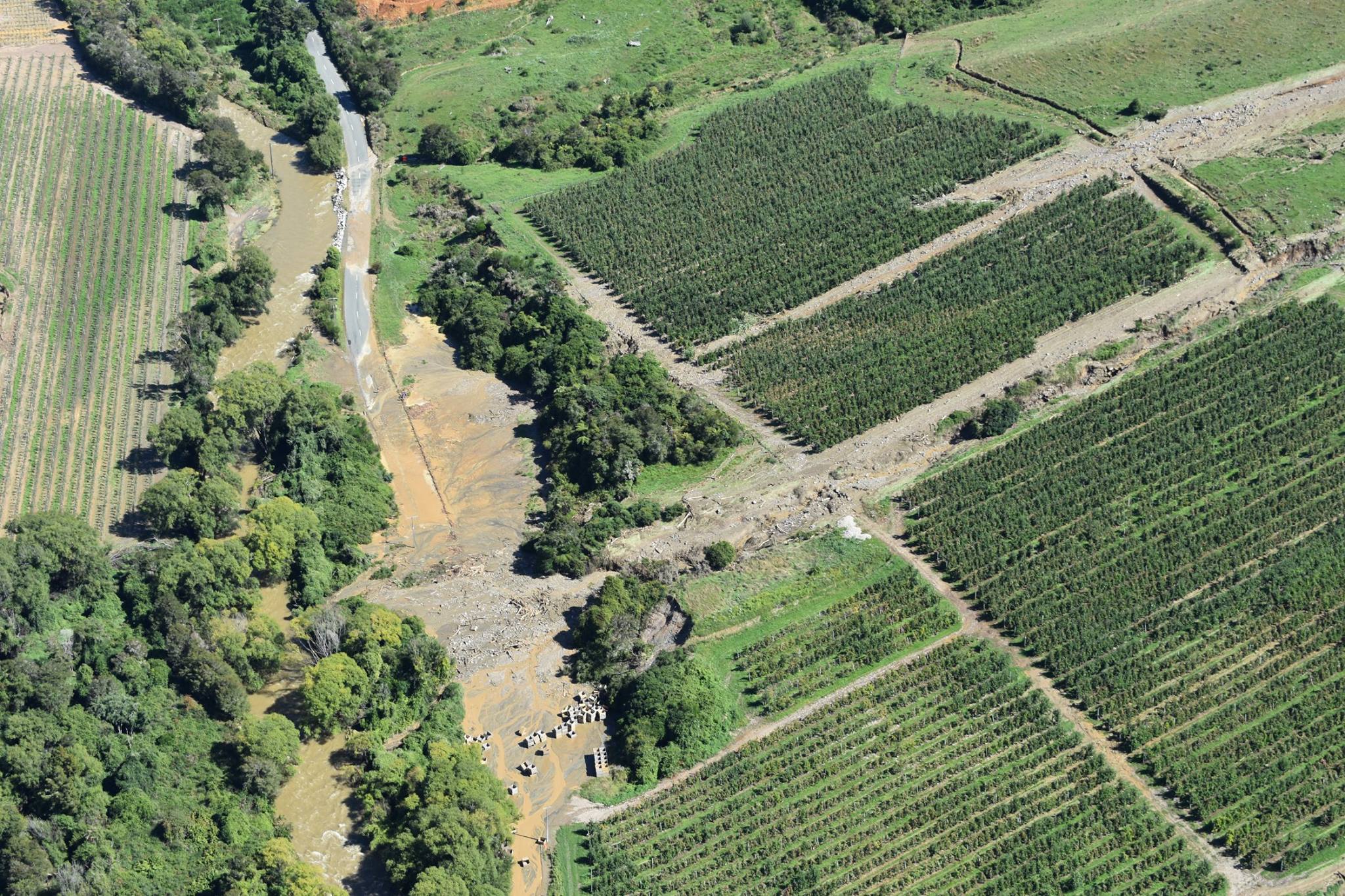 Cyclone Gita wreaked havoc on the Tasman area, with unprecedented damage to Riuwaka, Brooklyn, Marahau and parts of parts of Golden Bay.

From a fisheries point of view, the Motueka River has fared well and has, in fact, been providing some sterling fishing post-Gita.

Above right: Cyclone Gita had a severe impact on the lower Riuwaka River.

For Golden Bay rivers and the Riuwaka, not so. The Riuwaka, in particular, was annihilated from the mid reaches down, receiving its highest ever recorded flow at Hickmotts at around 180 cumecs.

While this mid to lower end may take some time to recover, the potential saving grace is that the main damage was caused to the lower half of the river, with the area around Moss Bush and in both North and South branches escaping a good deal of river bed damage.

Staff expect a very high mortality rate in this river, with multiple reports of trout found dead in adjacent farms and orchards.

The timing of Gita was unfortunate as the Riuwaka was just coming good after a decade or more of tough times.

Several years of favourable recruitment had seen good fishing on offer, without doubt boosted by the March 2017 release of 150 trout, which, one year later, meant around a quarter of the adult fish population was from that release.

It is fortunate that Fish & Game have brown trout smolt currently growing in the hatchery, which will be released into the river over the next few years once it stabilises and good habitat returns.

As mentioned, there was some concern about the effect of Gita on the Motueka fishery, but these are now proven to be unfounded as evidenced by recent drift dives.

While two of the lower dives were unable to be undertaken due to insufficient water clarity, the three upper sites have showed excellent numbers. In fact they resembled the old days when the Mot had a national reputation for one of the highest abundance rates of trout per kilometre. 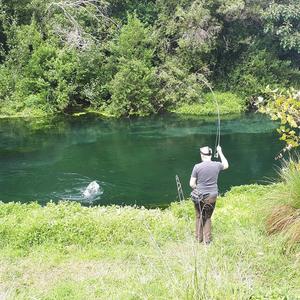 Spring Creek is firing, and many anglers are enjoying excellent fishing courtesy of recent rainbow releases by Fish & Game.

Two hundred 1kg-plus  rainbow trout were released into Spring Creek in November and February, and staff are very pleased that nearly all of the fish have remained in the system and appear to be doing well.

Angler feedback has been gratifying too, with multiple reports of anglers experiencing good fishing, with some fish taking a trip to the smoker.

Staff carried out a drift dive of Spring Creek recently and counted 130 large rainbows and 25 mediums in the 1km below Hillocks Road Bridge – see graph.

Fifteen large browns and 21 medium browns were also seen along with a modest number of smalls.

With the exception of the small and medium rainbows that were released last winter (which dispersed more evenly), many of the fish have remained in the few kilometres downstream of the main release site at Hillocks Rd.

Anglers are encouraged to have a go at these fish, and also take one or two home to experience their excellent culinary qualities. 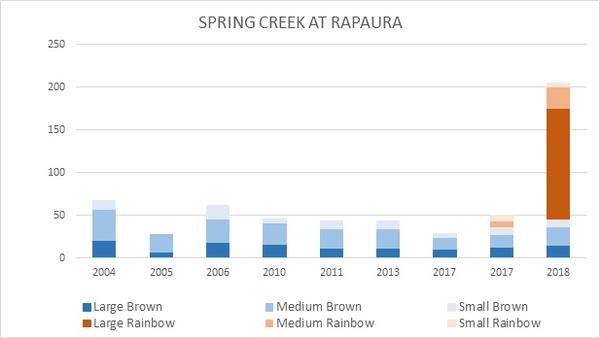 Argyle dewatering set down for April

Anglers take note: Trustpower is carrying out its bi-annual dewatering of Lake Argyle and the lower Argyle canal, which is set to begin on April 3, and may take up to three weeks.

For this operation, the lake has to be sufficiently lowered for silt removal and general maintenance.

While many fish will make their way to residual waters at the dam end of the lake and be able to survive quite well, some strandings will occur and Fish & Game staff and volunteers will be on hand to rescue these fish, and relocate them safely to suitable waters.

It is envisaged that the loss of fish which are transferred out of the lake will be compensated for by subsequent releases of 1.5kg-plus rainbow trout.

Anglers are advised to keep clear of the Argyle fishery over this period while the dewatering takes place.

Easter Weekend is the last chance for anglers to try and catch the lucky tagged fish at Lake Argyle.

If the fish has not been caught by the end of Easter weekend, those who have handed in tags already will go in the draw to win the $500 Henderson’s voucher.

Incidentally, staff carried out a drift dive of the Argyle head race and spotted a few tagged fish, so the winner is still out there! 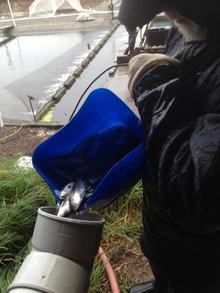 Members of the Marlborough Angling Club rolled up their sleeves in order to fin clip 3000 salmon smolt at the Wilhelmus Hatchery.

These fish were released into Mill Stream where they will enter the Wairau and slowly outmigrate to begin their life at sea, before hopefully returning in a few years.

Since then, Fish & Game staff assisted in releasing an additional 2300 adipose clipped fish. 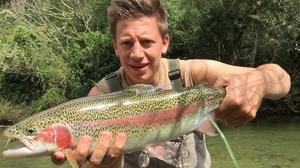 The Rai is in good shape, partly due to recent releases of 1kg-plus rainbows in November and February.

Staff recently dived the 1km stretch below Bulford Bridge and counted 68 medium-large rainbows – well up from the 6 counted last year in this reach.

Some of them were tagged fish from the February release and there was also a healthy population of wild fish.

Again, anglers were swift to take advantage of the releases and many reported catching fish in excellent condition post-release.