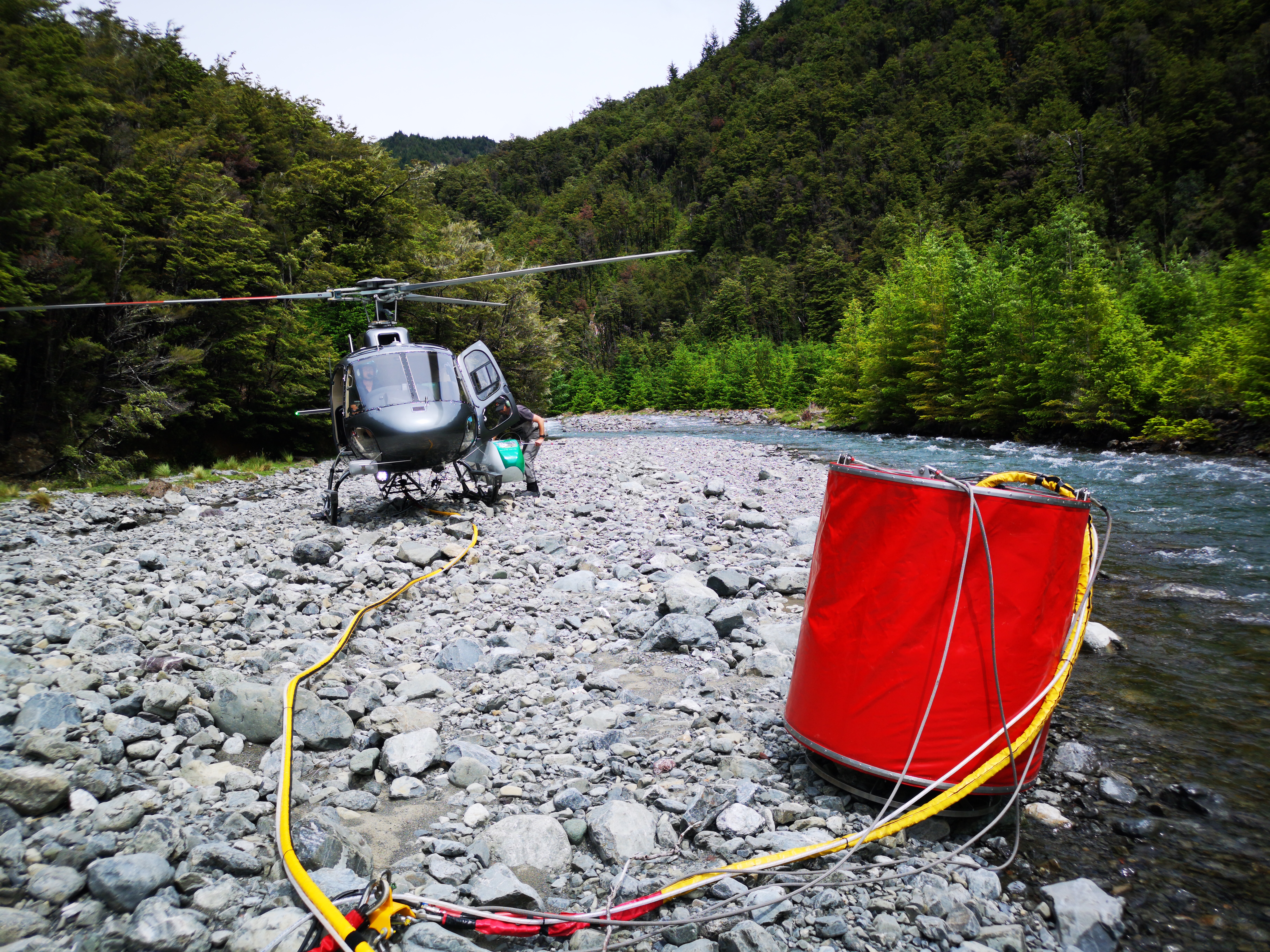 Staff were delighted with the recent Branch River heli-release.  300 rainbow trout (1-1.5kg) were liberated into the Upper Branch River on December 2.

The fish were mostly released into the upper half of the catchment from Silverstream confluence upstream.

You can view a short video of the heli-release here.

DOC advises that the road to Greigs Hut is passable.

However, a rough winter meant considerable damage to side creek fords.

As a result, caution is required and best attempted by experienced drivers or more than one vehicle.

We hope these fish will provide you with some great sport, which was also complemented by a Leatham vehicle release in early November.

The fish are not tagged; however, their adipose fin is removed.

As always, we love hearing your feedback from this catchment, so feel free to let us know how the fishing is, especially taking note of any wild, tagged, or clipped rainbows, and brown trout catches.

Above right: 300 rainbows have been released into the upper Branch using a helicopter.

Our always popular annual Henderson's summer tag comp is running again this summer at Lake Argyle, with 2 x $500 Henderson's vouchers and a bunch of other great prizes up for grabs like rod/reel sets, lure packs and free fishing licences to whoever catches one of the lucky fish.

We will be releasing 200 tagged fish into Argyle just before Christmas; then it's simple:

Thanks to Henderson's of Blenheim for their generous sponsorship.

We will be releasing a stack of trout into Lake Argyle in time for the holiday season.

Some of these will be tagged as part of the summer tag comp.

We will also be putting fish into Waimea Park, both the new Family/Adult pond and the Junior Only ponds (note Junior Ponds open for fishing on December 20).

On behalf of the Nelson Marlborough team, we wish you a happy Christmas and a safe and enjoyable holiday season.

Let’s hope the taps turn off, and we get some stable summer weather, with clear flowing rivers and plenty of willing fish.

We have our country to ourselves again this summer, so we hope you get out and make the most of the ‘kiwi bubble’ we are living in; it won’t last forever.