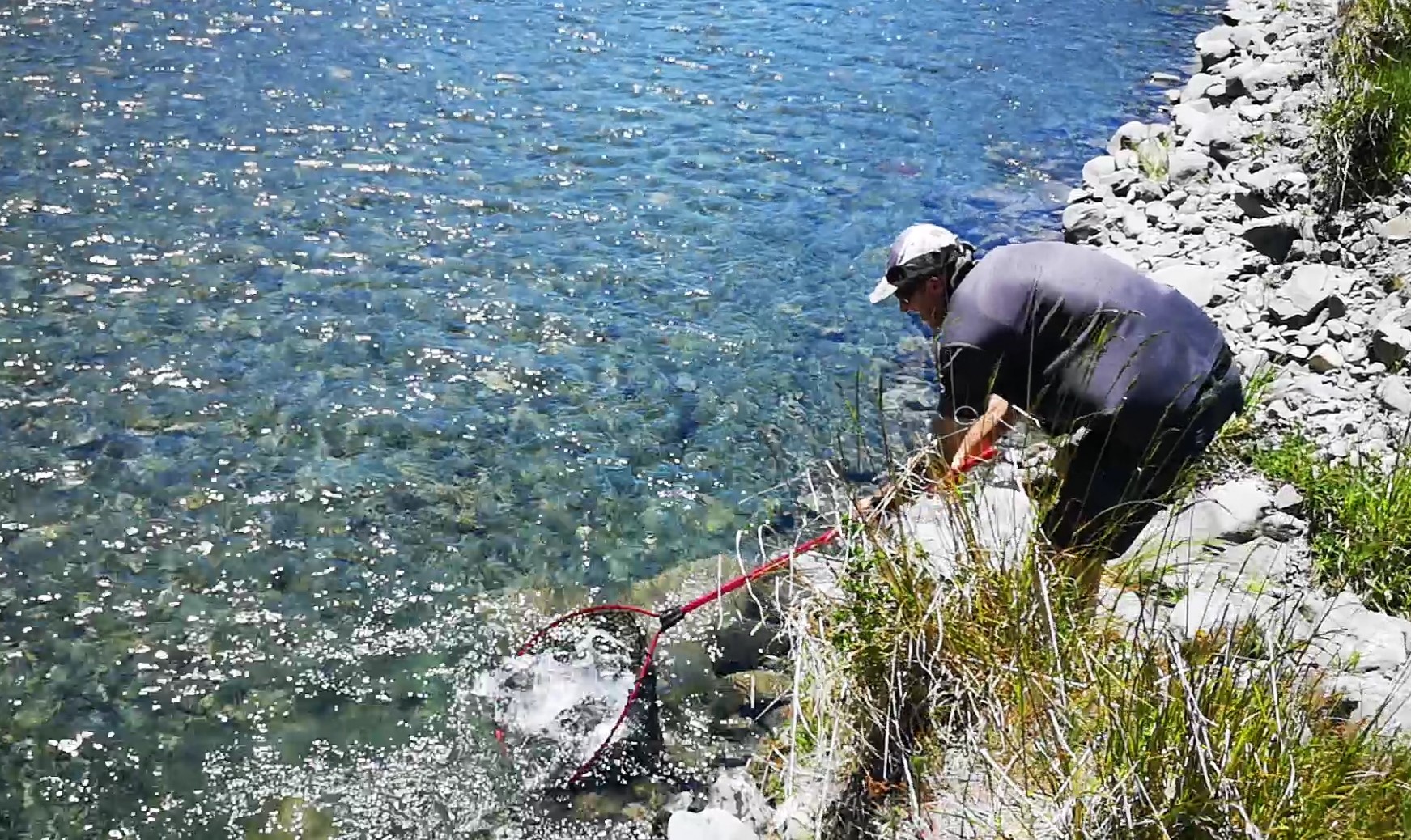 Staff have recently dived the Opouri River and Spring Creek, and, despite a rather wet early summer, have completed half of the planned drift dives for this summer.

It was pleasing some fish had returned to Spring Creek after a seal had more or less wiped out the fish through the drift dive site, though numbers were still fairly low with four large browns and two large rainbows counted. 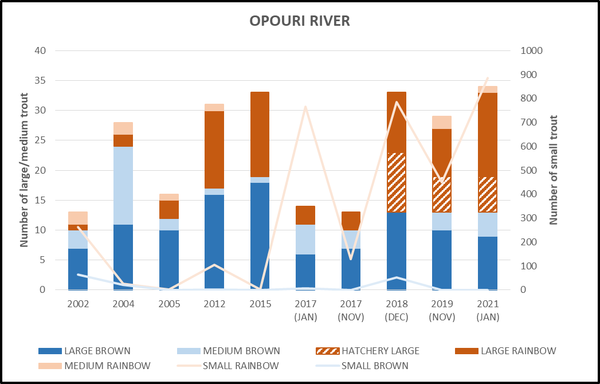 The Opouri River was in good shape with healthy summer flows, and had a solid number of fish in residence.

Above: The Opouri is currently in good shape with decent numbers of rainbows and browns.

The drift dive graph also shows high numbers of young of the year rainbows, which were prolific in the tail outs of pools.

These fish likely drop down into the Rai and Pelorus downstream as small and medium rainbows are rarely seen in the Opouri dive, and indeed in the angler catch reports.

The Opouri was also monitored for native fish through annual electric fishing surveys, and pleasingly, had an abundance of galaxiids.

Next up is the Rai/Pelorus, Branch/Leatham, Motueka and Wairau Rivers, as well as others.

The tags are a light brown (beige) colour, and we are interested in receiving any tagged fish returns from the Branch/Leatham catchment, including instances of adipose fin clipped fish, wild rainbows and brown trout.

Pictured at top right: 200 tagged fish were released into the Leatham in mid-December.

Work is scheduled for the Lake Argyle intake for the entire month of February.

For this work, the lake will be held at the normal operating low level for the duration.

Water normally coming down the canal to replenish the lake will be diverted down the Branch River, meaning there won't be much water at the top end of the lake.

Fishing will still be possible, but best in the lower half of the lake.

When the lake is filled, Fish & Game will be releasing some salmon into Argyle.

Justin Weaver with a solid tagged fish from Lake Argyle.

The Lake Argyle tag competition is in full swing and, at the time of writing, has over two thirds of the tags handed in.

Surprisingly, both $500 vouchers are still swimming in the lake as well as some other great prizes.

The competition will run until the end of February, and any prizes not claimed will be randomly drawn to those who have handed in tags.

Posted in Reel Life; Posted 17 months ago by Richie Cosgrove