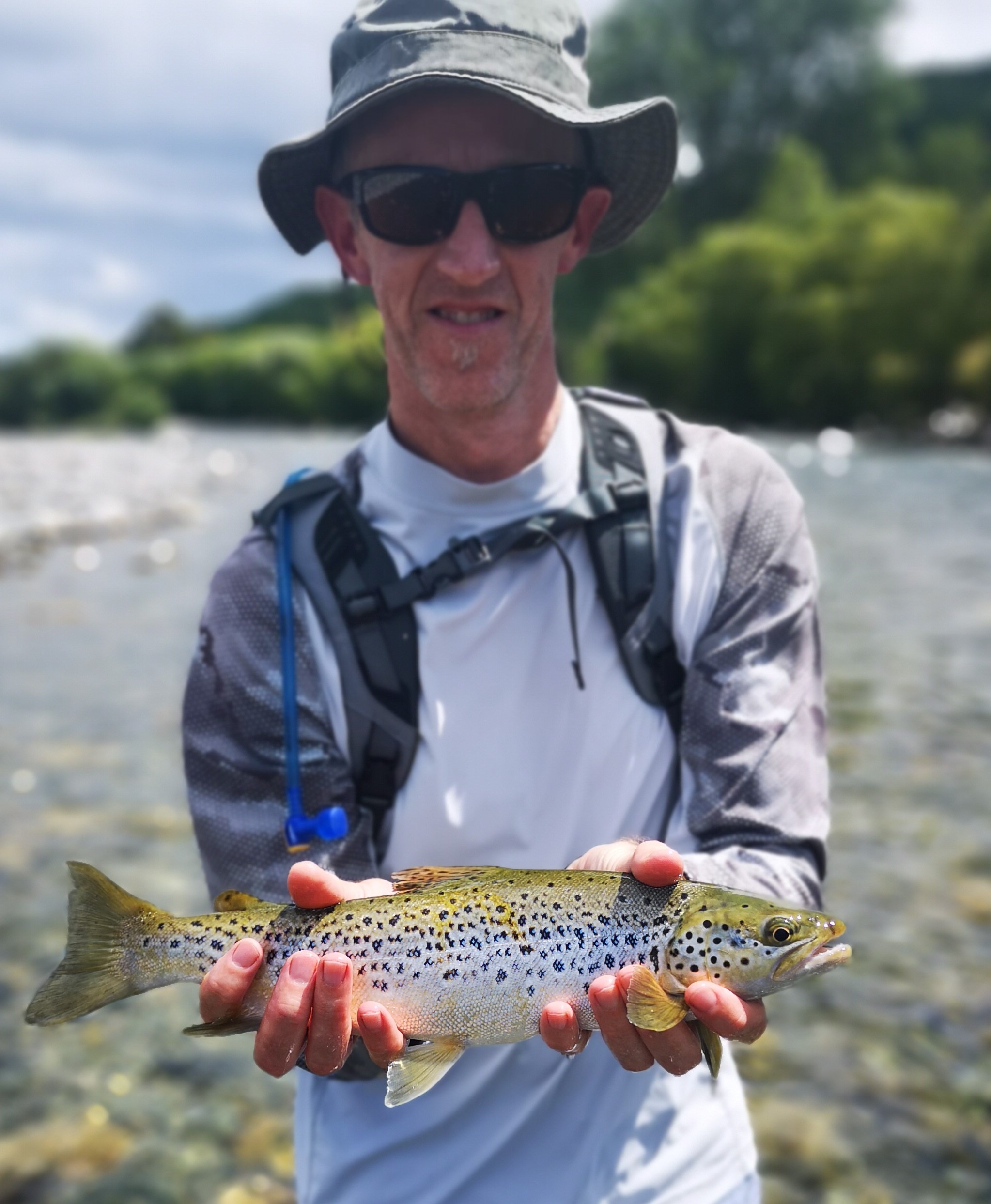 Staff have been busy over the summer carrying out our annual drift dive monitoring, and at the time of writing 15 rivers (26 sites) have been dived in this region.

There is little doubt that the December floods had a significant impact on many of our fisheries, particularly some of our lowland rivers.

Apart from the Branch/Leatham, the Wairau catchment has been fairly well battered, with Goulter trout numbers extremely poor, and the Wairau (lower, middle and upper) has seen significant reductions in fish.

Above Right: The population of medium sized fish, such as this one caught by Warren Holm, have been significantly reduced due to floods.

The Motueka did not escape the volatility either, and has well and truly come off its lofty perch of last year which saw the highest trout population since the early 1990’s. 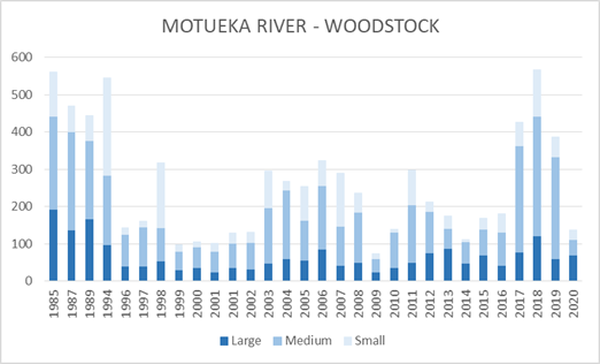 The Motueka has come off it’s lofty perch from the few years prior.

Don’t let these statistics put you off from fishing there though – there are still decent numbers of trout in the river and the fishing has been very good, as testament to regular reports from some of the Mot’s seasoned anglers.

Last year fish were found across the board in primary, secondary and tertiary preference holding lies, however this year fish are located mostly in primary and secondary lies.

March is one of the best fishing months too – terrestrials are in full swing, trout are packing on condition and at times can be less wary on lowland rivers, and cooler nights mean water temperatures should be optimal.

It’s been a bumper year for passion vine hoppers in Tasman too, and trout are currently going absolutely nuts on these.

There was a good deal of concern about the Branch/Leatham trout population recently, with the December flood being the fourth largest in 20 years.

However, fears were unfounded as shown by our recent drift dive results, and it was, in fact, one of the standout dives of the summer.

The dive site below the Branch/Leatham confluence was the most productive, with nearly 60 medium and large rainbow and brown trout in residence. 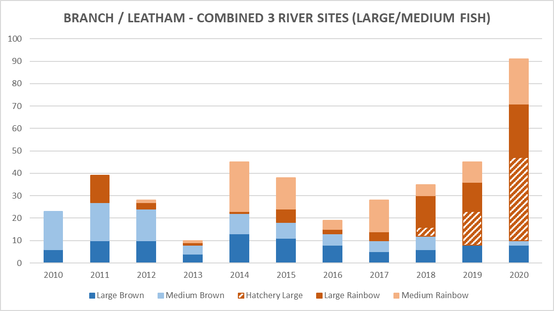 The fish population in the Branch and Leatham survived the December floods better than expected.

Of the 38 large rainbow trout seen, it was nearly a 50/50 split between wild and hatchery trout, though in the upstream sites, hatchery rainbows made up the highest proportion of large trout.

Across the three dive sites (approximately 3.5kms), over 90 large/medium trout were seen – the majority of them rainbows.

Angler feedback has mirrored the dive results, with positive anecdotes about the fishing flowing into the office – mostly via tag returns and through contact our rangers are having with satisfied anglers.

The Branch/Leatham Rivers are a destination for anglers of all experience levels, and is one of our key ‘stepping stone’ fisheries, a place where new anglers can experience semi-wilderness fishing with excellent odds to catch some stunning fish. 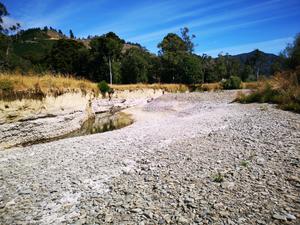 The Opouri has dried up in the lower reaches for the second year in a row.

A lack of summer rain had seen some rivers in Tasman reached a 5-10 year return drought flow.

At the time of writing a small but welcome rain has brought a modicum of relief to our rivers, however significantly more is needed to reduce the negative consequences low flows are taking on riverine systems.

In Marlborough the Opouri has dried up in the lower reach for the second year running.

Staff inspected parts of the Opouri and salvaged a number of fish, though, to assist matters, there were some large remnant pools with small springs feeding water in, and the fish that were confined to these pools would most likely survive until the next significant rain event.

The Rai dipped below 1.0 cu/second meaning Class A water consents would cease until more flow returned to the river.

This years’ summer dry not only causes significant stress on native and sports fish, but the farming community is also considerably affected.