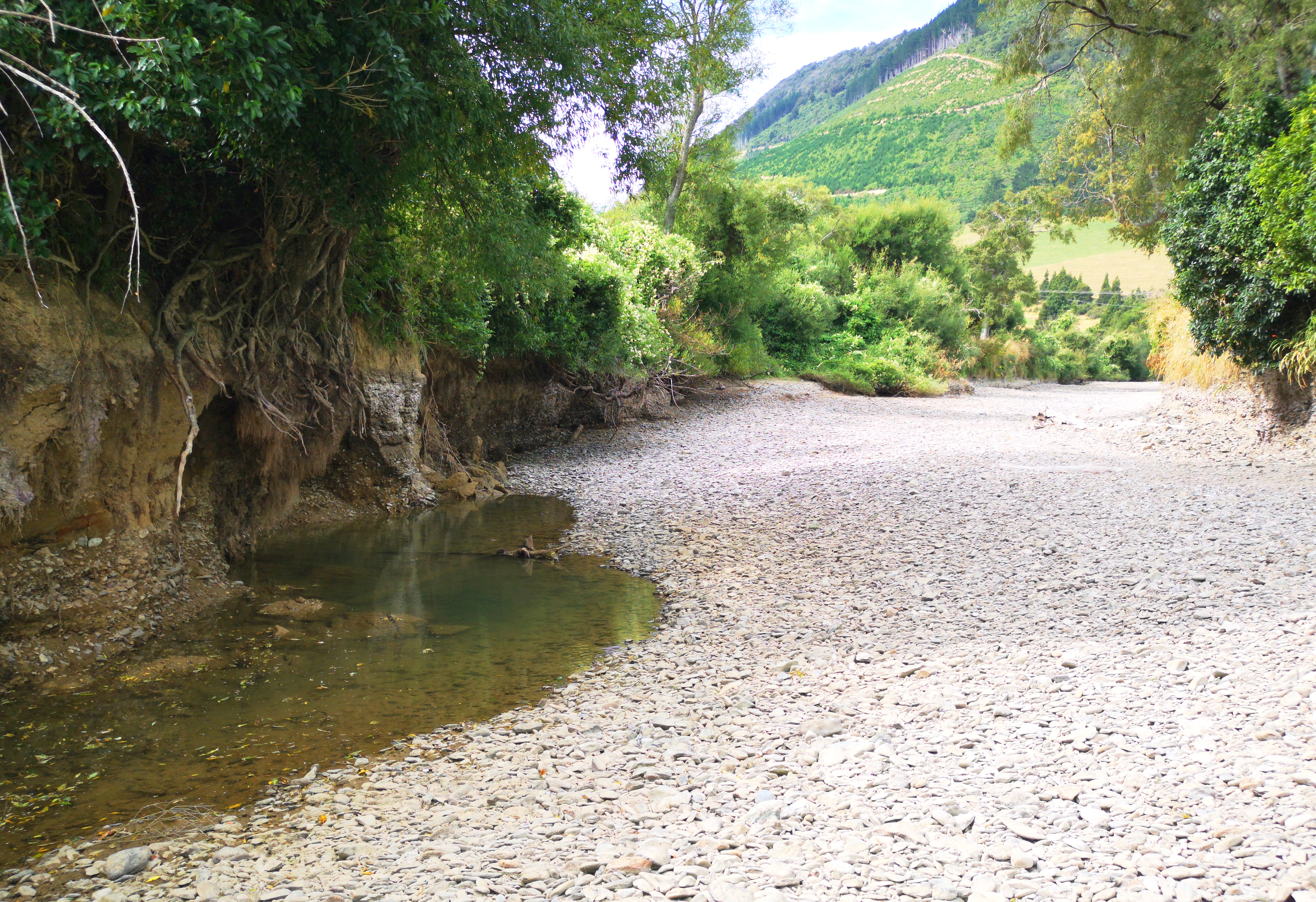 Nine large trout were stranded in this pool, and most were relocated.

This is likely due to ‘patchy distribution’ from trout seeking cooler waters in order to survive the high water temperatures, which have climbed above 26C in some rivers.

Most of the time trout know where to go to find cooler water, and will find refuge in springs, colder tributaries, or deep holes with cold groundwater inputs.

However there have been fish mortalities in some rivers such as the Opouri/Rai where thermal refuge is more difficult to find.

Staff are closely monitoring these areas.

To date, 20 rivers have been surveyed this season, and staff were pleased to get two main players dived, the Motueka and Wairau rivers, on consecutive days in February.

Both rivers have held up well owing to the diversity within the catchment allowing fish to survive the warm water.

While the Motueka River showed fewer fish overall compared to last year, the population is still strong, and angler reports have been excellent.

Around 1600 large and medium fish were counted across five dive sites (approx. 1km for each dive), which translates into more than  300 catchable trout per kilometre.

In another ‘normal’ year, staff would believe this to be higher as the fish would be more evenly distributed. 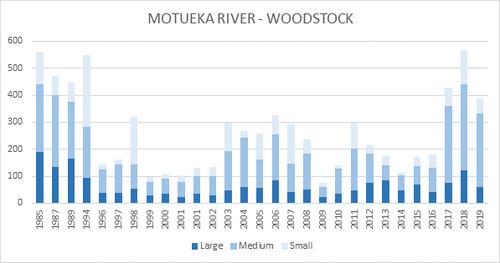 Trout numbers at Woodstock are looking healthy, and this site is representative of the river.

The Wairau was also very strong with around 400 trout per kilometre across the two sites dived, the highest concentrations being in the lower part of the river, below Renwick.

It was also pleasing to see a few salmon have run the gauntlet of anglers and warm water to make it to the upper end of the Wairau.

'Worse than 2001' is a common cry from residents in the upper south when discussing droughts.

At the time of writing, the last significant rainfall experienced fell on Christmas Day, and since then blazing sun and hot winds have scorched the region.

The rivers have been sucked dry and water temperatures pushed to dangerous and often fatal levels.

A case in point is the Opouri River, main tributary of the Rai.

Recently a healthy flowing river, the Opouri has dried up in its lower reaches and there have been a significant number of casualties.

While there has been a catastrophic loss of trout in this river, tragically, the native fish population has also been decimated.

Staff have recently been monitoring native fish populations in the Opouri with electric fishing surveys.

The have shown to have a very healthy population of non-migratory dwarf galaxiids, as well as eels in abundance.

As the river got sucked dry, the dwarf galaxiid and juvenile trout were the first to go, followed by eel and rainbow and brown trout.

Elsewhere, the Wai-iti and Waimea rivers are critically low – not helped by the Pigeon Valley fire, and Motueka tributaries Motupiko, Tadmor and Dove are also worryingly low.

The Motupiko is a crucial one, as this catchment is one of the most important recruitment streams in the Motueka catchment.

The critically low flows may see a considerable loss of out-migrating juvenile trout.

Access to the Lake Argyle boat ramp and camping area is closed until further notice due to the fire risk.

Anglers can still fish the lake and there's vehicle access along the northwest side of the lake.

Anglers who want to fish the southeast side can still access the lake on foot.

If your campervan is self-contained, you can still stay at other locations around the lower canal and powerhouse, but the designated camping facility is off limits.

Due to extreme fire danger, the Acher 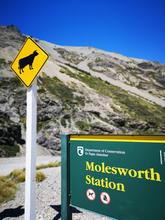 on Road through Molesworth has been closed until further notice.

This includes the Severn to Sedgemere 4WD Road.

Gates at the Clarence Bridge and at the Cob Cottage will be locked to prevent unauthorised access.

The road through Rainbow Station to Molesworth is also closed, however anglers can access the Upper Wairau up until Six Mile Creek.