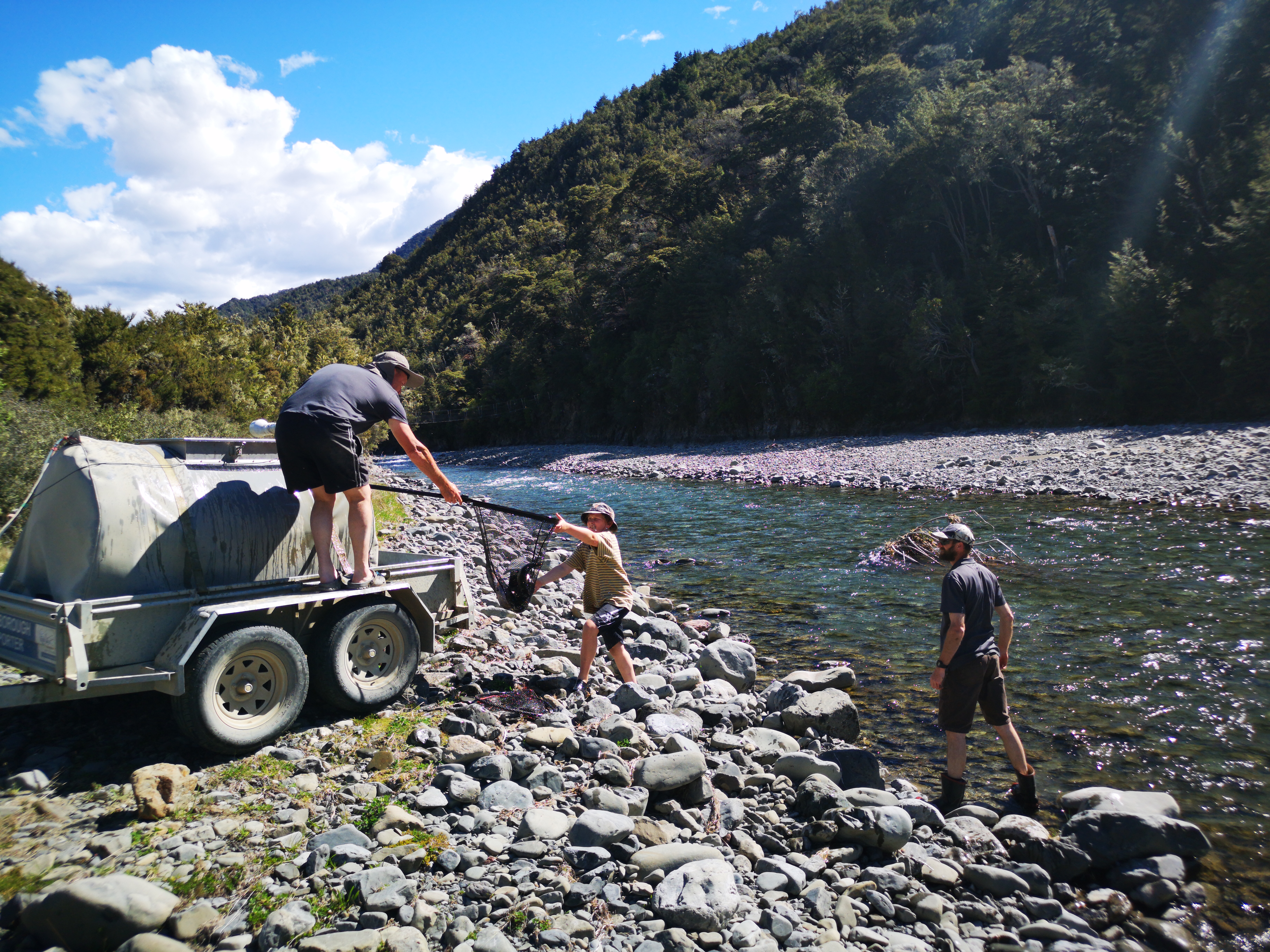 Anglers should be delighted to hear Fish & Game have carried out a release of 250 1kg+ rainbow trout in the Leatham River into the mid-lower Leatham by vehicle.

The Branch River release is planned for the week 29 Nov - 3 Dec (weather dependant), where a helicopter will be used to liberate 300 fish into the upper Branch at various points from Silverstream confluence upstream.

The fish are not tagged; however, they are missing their adipose fins, so they can still be identified by anglers when catching fish and staff while carrying out annual drift dives.

These releases are made possible through funding from Trustpower as mitigation for the Branch River hydro scheme.

As always, we appreciate any feedback on your fishing experience in this fantastic fishery.

HARVESTING ALONGSIDE THE MOTUEKA RIVER 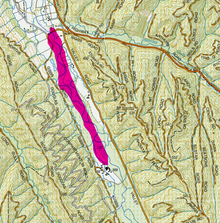 The forest management company, OnefortyOne, wish to advise the public that they will be carrying out harvesting activities alongside the Motueka river near Biggs Cnr/Norths Bridge upstream to the Goldpine post yard between the 22nd November – 17th December.

No harvesting will be active during the weekends.

They ask that anglers avoid this stretch of the river and obey all signage and road closures while the work is carried out.

Spring Creek was recently dived by staff, and it was pleasing to see a recovery in the trout population, which was very low due to predation by seals in recent years.

It appears seals have been elsewhere in the past year or two, as evidenced by an increase in both brown and rainbow trout in most cohorts – see graph.

We expect to make the most of the early summer period to dive into several smaller rivers, including the Motupiko, Opouri, Riuwaka and upper Motueka. 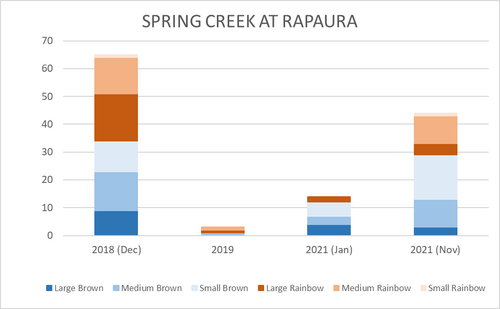 Anglers in the lower Branch River area would have noticed significant works currently underway at the intake weir (dam).

Trustpower is installing an infiltration gallery to allow water take during periods of higher flow and reduce the amount of gravel entering into the system.

Fish & Game have been consulted about the works and are happy with the construction methodology, which involves very little in-stream disturbance.

Trustpower have indicated the lake and canal will remain at a normal level during this period.

However, there will be no electricity generation and therefore no flow through the lake and lower canal.

Fishing will still be possible in the lake and canals during this time; however, access to the lower Branch immediately upstream of the weir is off-limits until the project completion.

Posted in Reel Life; Posted 2 months ago by Default Admin