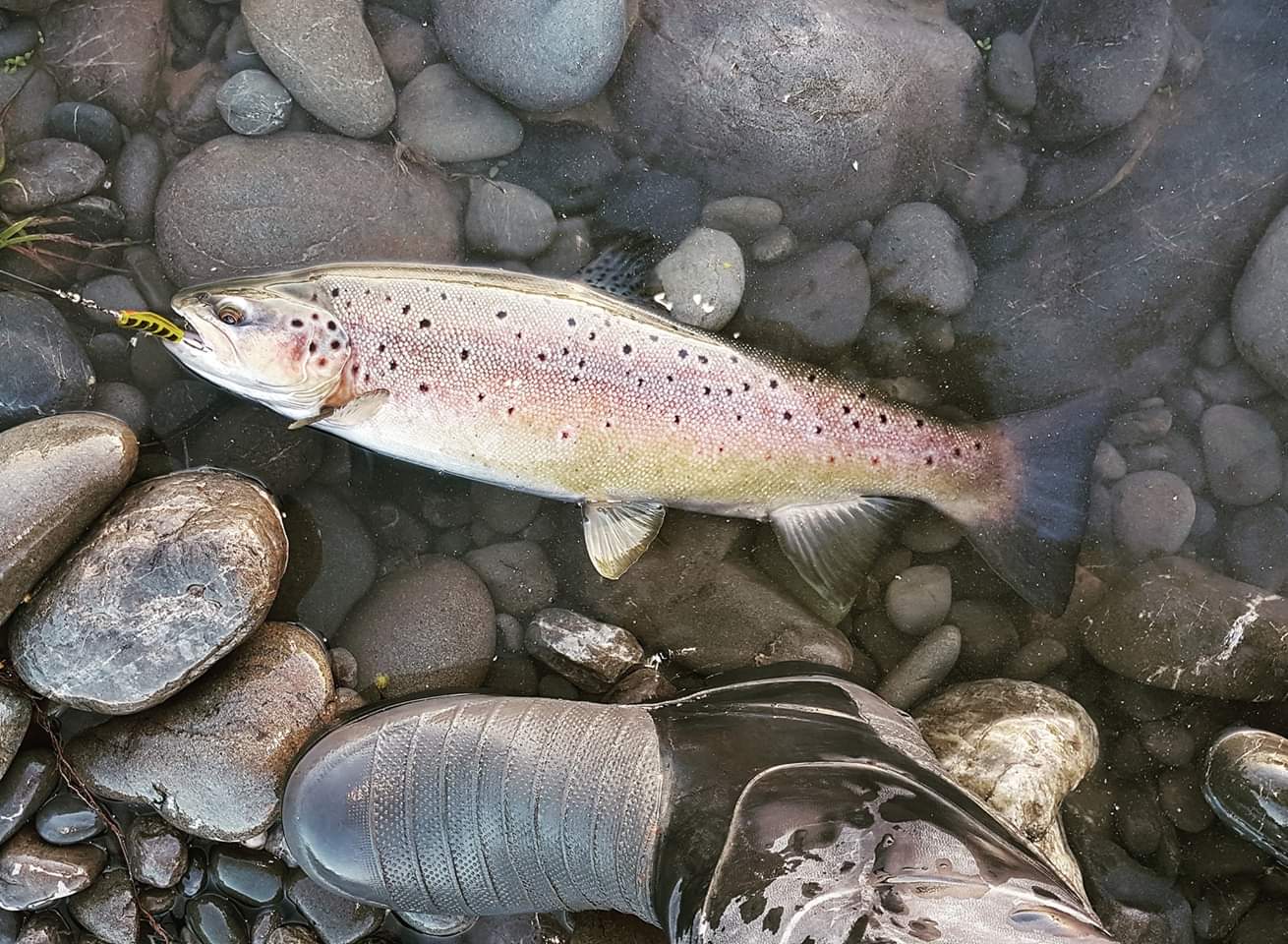 Following yet another relatively stable winter period, rivers are looking in good shape for the season ahead.

To date there have been no significant flood events in any catchment that would have severely impacted on fish survival.

Though with regular moderate scale flood events which featured this winter, it remains uncertain if juvenile recruitment was affected.

Above Right: Lowland trout will stack to stack on condition during Spring, like this fish caught by Matt Nelson.

Late winter are the critical months when fry emerge from gravels and are more vulnerable to the impacts of flood events.

If we remain relatively free of large scale flood events in the next few months, there should be plenty of trout around to keep anglers entertained.

September is a fantastic month to hit the river again – targeting the lower reaches where trout are seeking baitfish, or further upstream where on nice sunny days fly anglers can have a ball blind nymph fishing in likely ripples and runs.

Last season on our signature rivers like the Wairau and Motueka the fishing was red hot during the month of September – so make sure you get a piece of the action!

Learn to fly fish from the best

One of New Zealand’s top guides, top casting instructor, and top guy – Tony Entwistle – is hosting an introductory fly fishing course for anyone wishing to learn the fascinating pursuit of fly fishing.

The course is held over three days – you can attend any or all of the days – and starts with a casting clinic where you will learn the basics of fly casting in a static environment – the fields of Garin College.

The second day held a week later will see you put your new skills to test in a river environment, with a BBQ held afterwards.

The final instalment is a First Steps Day Course held at the Fish & Game office in mid-October – a day where you will be treated to the learnings, advice and anecdotes from Tony.

This is a day not to be missed if you want to learn how to fly fish.

Lake Argyle is set to be partly drained for annual maintenance commencing on October 14 for 1-2 weeks.

Fish & Game will be on hand to salvage any stranded fish as the lake recedes, and the remaining fish population will make their way into the residual pool at the lake terminal.

Typically, Fish & Game would be releasing a tanker load of trout into the lake just prior to the commencement of the new season, however this will now not occur, and will instead take place once the maintenance has completed and the lake is full towards the end of the month.

The best way to keep tabs on the situation to refer to the Nelson Marlborough Facebook page for updates.

If you find the regulations in your book a little confusing this year – you’re not alone.

Unfortunately, there were some problems with the formatting of the booklet which may cause some confusion.

There are a number of regulation changes this year, which are summarised below:

• No longer restrictions on fishing from a boat (as long as it isn’t under motorised power while fishing) within 100m of the Travers, Coldwater Stream, Black Valley Stream or the Buller River on Lake Rotoiti, or the Sabine, D’Urville or Gowan Rivers on Lake Rotoroa

• Daily bag limit on Goulter River reduced to 1 fish per day, with a maximum size limit of 400mm (rather than a maximum 500mm)

For rivers not mentioned in the booklet: the season duration for all lakes, rivers and streams not mentioned in the clause 2 table, is 1st October – 30 April, Artificial Fly or Spinner methods only. Bag limit 2 trout (however only one fish may exceed 500mm from nose tip to middle fork of tail).