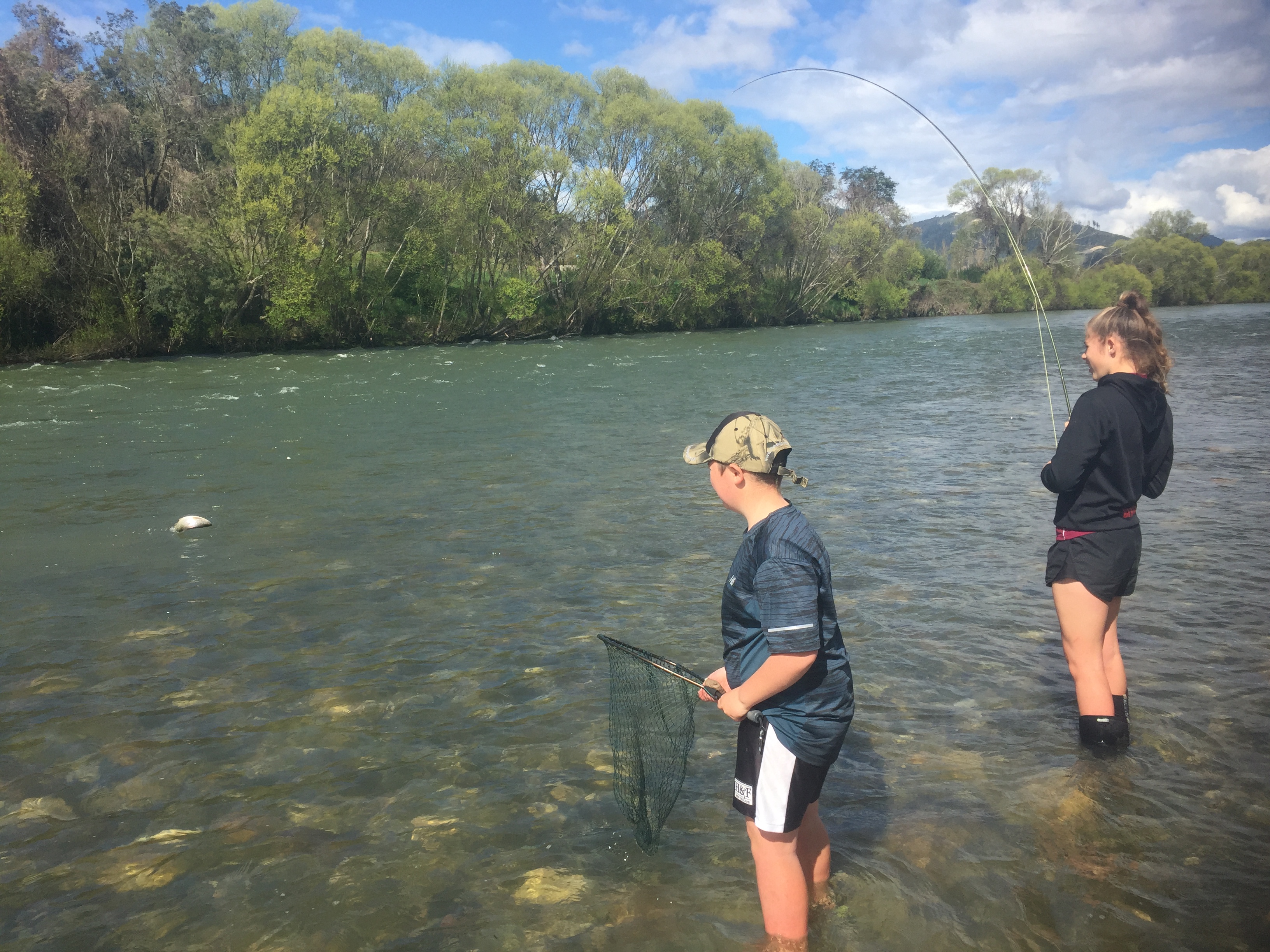 September can turn on fantastic fishing

With a new fishing season nearly underway, we've had a reasonable winter.

Although relatively wet by Nelson/Marlborough standards, it has been largely free from the sort of rain events that can harm fish populations.

There have been some exceptions to this; for example the Branch River saw its highest flows for a number of years reaching ~400 cu, which may have affected fish numbers.

Above right: Silver bullets in ripples make for some great September fishing.

This particular July rain event saw some Marlborough catchments get a fair drenching, though there were some exceptions like the Goulter which to date has been largely unscathed.

Fish & Game will be releasing another 400 trout into the Branch/Leatham Rivers in November, entirely funded by Trustpower.

On the Tasman side, post-Cyclone Gita, there have been very few notable events, so  we hope that most of our riverine populations will continue to build on the past few good years of recruitment, and provide some excellent fishing.

The Riuwaka River may be the exception here, as it is still being adversely affected by unstable slips which feed sediment into the middle and lower river.

There are still fish around in the upper reaches which, although not in the same numbers as pre-Gita, are still worth a cast.

It’s a great idea to hit the rivers leading up to the new season.

September fishing can be fantastic on some of our open lowland rivers, and can at times rival the best the summer season can offer, especially targeting maiden trout feeding vigorously in ripples on sunny days.

Swinging spinners or streamers on the lower few kilometres of rivers is a great warm up for the season ahead, with some excellent fighting and eating fish on offer. 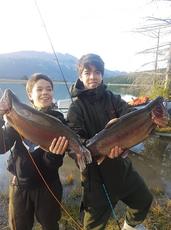 Kouki and Kouta Irwin, each with a Lake Argyle whopper.

It’s set to be another busy season at Lake Argyle and Fish & Game staff have again made this a priority fishery to focus significant efforts on.

We'll be releasing another tanker-load of rainbow trout in time for the new season, with some of the fish weighing in at a whopper 6-7kgs.

We will also be carrying out periodic releases throughout the season in order to maintain the fish population at a good level and keep anglers happy.

Also keep your ears to the ground for another tag competition which will be run over the Christmas holidays.

Lake Argyle and the lower canal is a great place for anglers of all ages and stages.

It offers excellent fly fishing, however spin anglers dominate and are very successful, particularly using a slow retrieve with the lure close to the bottom rather than a high water fast retrieve.

It’s a fantastic family fishery, where it’s very common on a weekend or school holiday to see a car loaded up with kids attack the lake with gusto, with a very real chance of catching some stunning fish.

A case in point is Trevor Irwin’s sons, Kouki and Kouta Irwin, who both scored 10 pound fish on a recent winter excursion to the lake.

As we've noted, a further 400 trout will be released into the Branch/Leatham to give anglers a very handy river option for those wishing to target rainbow trout.

We need your tag returns 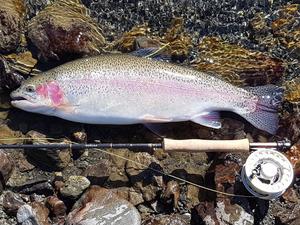 Thanks to anglers like Dean Phibbs who report tagged fish we get good data on the success of our release programme.

We need your tag details to help us assess the effectiveness of our release programme.

Floy tagged fish are now in several catchments across the region, in particular the Rai/Pelorus and Branch/Leatham catchments.

Over winter we received a couple of tag returns from anglers who had caught rainbow trout from our most recent release in the Branch/Leatham.

One was caught in Lake Argyle, which meant the fish had gone through the intake and into the canal.

We are also keen to hear from you if you catch any rainbow trout in the Wairau River, Spring Creek and the Taylor River. 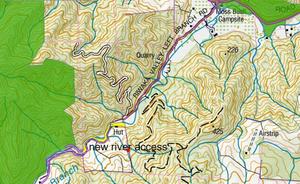 Access to part of the South Branch Riuwaka has now been legalised.

Nelson Marlborough Fish & Game is pleased to announce to anglers that 920m of riparian access has now been legalised in perpetuity.

Two years ago, a subdivision greater than four hectares up the South Branch provided an opportunity for Fish & Game staff to advocate to the Tasman District Council, that the purchase of an esplanade reserve be considered.

To their credit the Council, in partnership with Walking Access NZ, Fish & Game and the subdividing landowner, managed to eventually negotiate with LINZ to get guaranteed legal public access into the future as part of the subdivision.

While there are no current access issues in this part of the river, due to the goodwill of the landowner, any future ownership changes could potentially see public access restricted.

Nelson Marlborough Fish & Game contributed a small amount ($2000) of funding towards the project in recognition of the fact that mainly anglers use this section of the Riuwaka presently.

The Walking Access Commission and Tasman District Council generously paid for the rest of the costs which approached $20,000.

This was due to the fact that the subdivision exceeded four hectares so compensation and costs were payable under the Resource Management Act.

It was money well spent in Fish & Game’s view, as the Riuwaka has very limited public access in many areas, and anglers mostly rely on landowner goodwill for access over much of the catchment.

We have a strong list of applicants each offering their own view  on the way Fish & Game should be managed regionally.

Their job is to reflect the thoughts of licenceholders, and the door is always open for them to hear your feedback so they can pass this on to other councillors and staff.

Fish & Game holds Council meetings every two months, where, if you feel you have something to say, you can turn up to the public forum and voice your opinion.