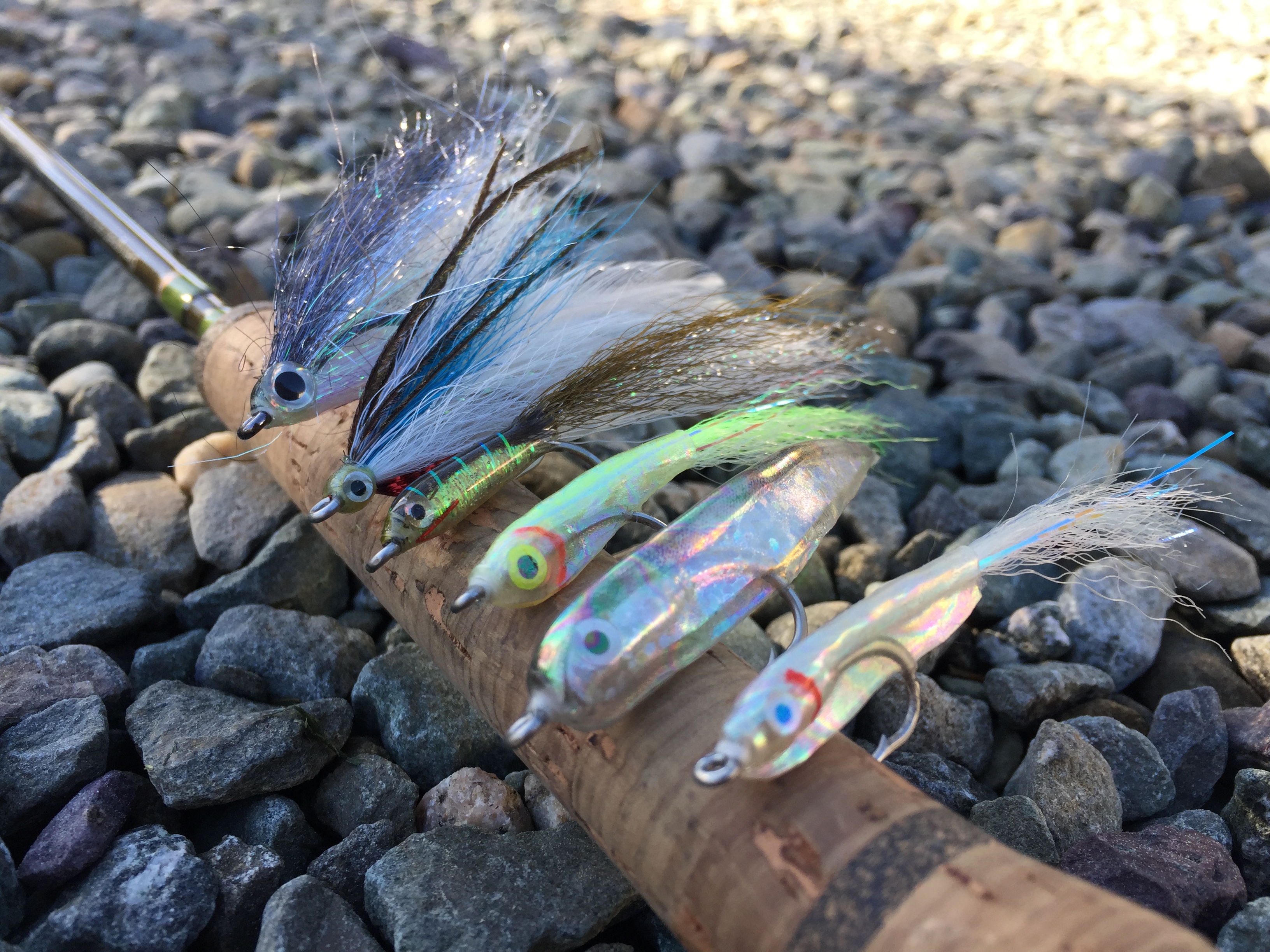 It’s that time of year when river mouths start to come alive.  Smelt and whitebait can be found in large numbers in the lower reaches of many rivers, and it's a great time to target these often large and voracious trout using lures and soft baits.

Many fly anglers resort to the humble grey ghost or jack sprat flies, and rightly so – these have accounted for untold numbers of fish over generations.

Silicone-based flies are the newer craze, and provide a look and action that trout just cannot resist.

Above Right: September lures - smelt, which are present in large numbers when whitebait arrive, form a large part of an estuarine trout’s diet.

The movement they make in the water is extraordinarily lifelike, making the sight of a trout bearing down on your fly as you swing it across the current one that will last in your memory for a long time.

Using larger smelt imitations (such as the ones pictured) draw even more attention, and, in the writer’s opinion, are far more deadly on trout than smaller patterns.

For the spin angler, non-scented soft baits imitating smelt or other small estuarine fish are absolutely deadly on trout.

In the Nelson/Marlborough regions options abound for September fishing.

The Wairau, Motueka, Aorere, Takaka and Waimea rivers are all good options for swinging lures for hard-fighting trout.

Don’t forget about upstream areas – you’ll find trout holding in ripples and runs which can be fooled with nymphs too.

Over the last three months staff have been out releasing more fish from the Wilhelmus hatchery, in order to try and better understand critical limiting factors within some of our degraded fisheries, through these ‘research by management’ releases.

In June 600 rainbows at 125 grams were released into the Pelorus catchment, and 1200 released into  Lower Wairau tributaries such as Spring Creek.

Left:  A superb 2.5kg brown trout with its yellow streamer tag in place, prior to transport from the hatchery.

In August, the programme continued with 650 rainbow trout of around 300 grams released into lower Wairau tributaries, and 550 into the Pelorus catchment.

Additionally, 160 superb tagged brown trout sourced originally from the Motueka River were released into parts of the Takaka and lower Anatoki Rivers, to try and determine the driving factors in the decline of this once great fishery which has now collapsed.

Summer drift diving information should reveal the fate of some of these fish, but we would also love to hear from any anglers that catch a tagged fish. Tags will either be white or yellow for these fish as pictured. 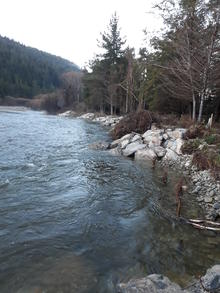 Proactive tree willow planting is occurring at a number of sites to try and contain the river without needing to resort to rock work in the future, and in recognition of that fact that the bitter willow now present within most of this system, has substandard bank holding ability.

Additionally, planting between rock groynes such as the site pictured, is being undertaken to stabilise and support the bank between each groyne, whilst at the same time provide overhead cover for salmonids.

Right: These groynes constructed within the last 12 months have now developed good pool depth, and once willow establishes between them will form premium adult brown trout habitat.

A previous shift towards using groynes rather than riprap wherever possible within this small river is also delivering some habitat benefits for adult brown trout.

Last summer during drift diving, staff noted adult brown trout in a number of pools that had been directly created through the construction of rock groynes rather than riprap to repair bank erosion.

All that is now required is some overhead willow cover between these groynes and they will provide premium brown trout holding water to improve this once magic trout fishery.

Past Cawthron research on the lower Motupiko indicates that unless pools greater than 1.2 m deep occur within this system, adult brown trout cannot survive the high summer temperatures of an average summer.

Deep pools provide a reservoir of cool water down deep, which provides a thermal refuge for temperature-sensitive brown trout when day time peak temperatures start to approach the lethal zone in a normal summer (25-plus degrees).

Fish & Game applauds Tasman District Council's willingness to change its approach to river management in order to better provide for the future of our valued brown trout fisheries which contribute very significantly to our regional tourism industry.

We hope to one day see the Motueka River once again recognised as one of the worlds ‘top-ten’ brown trout fisheries among both resident and international anglers.