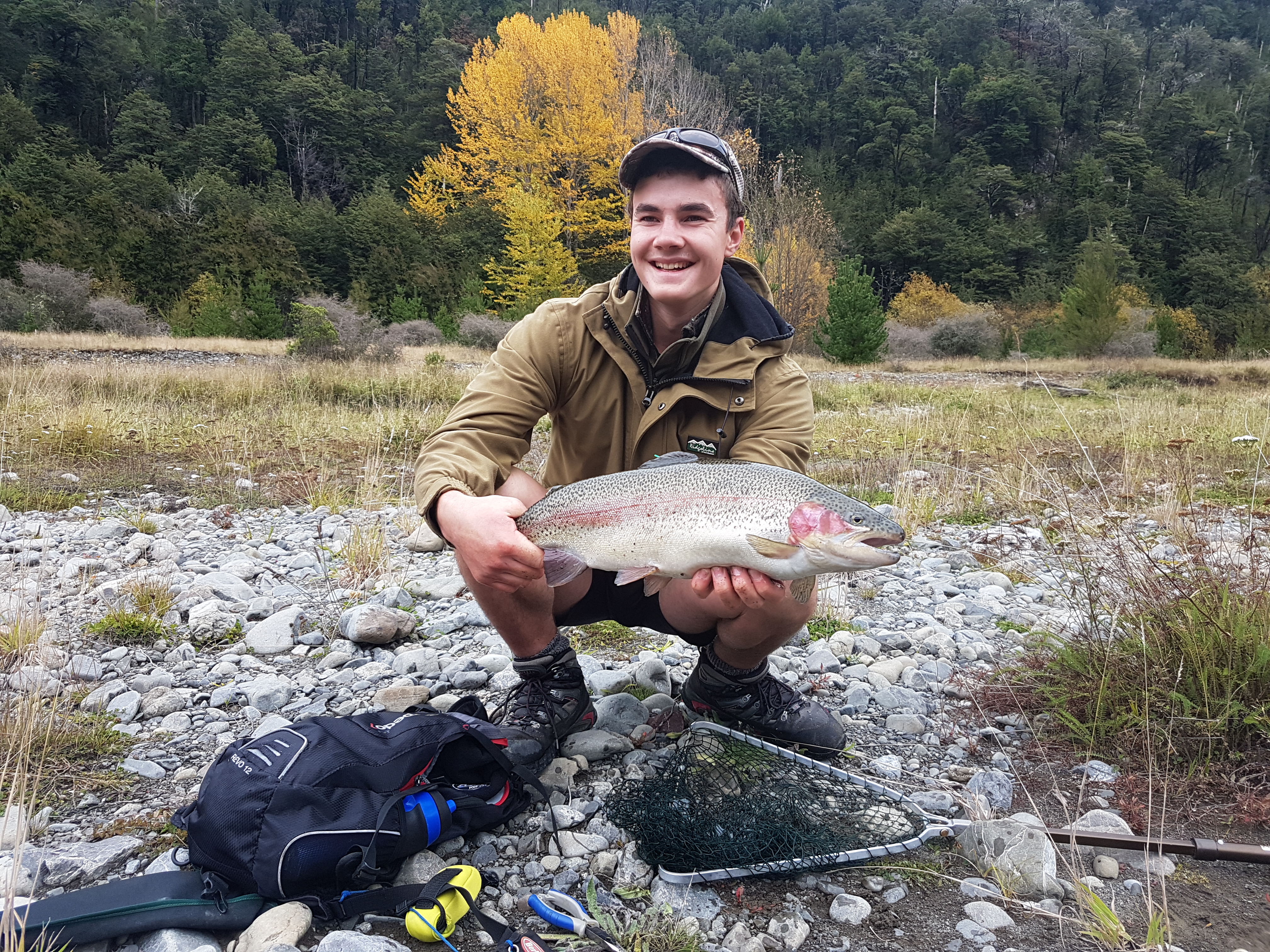 Staff were delighted with the response to the Lake Argyle fishing competition, where 200 tagged fish were released before the school holidays with a $500 voucher at stake.

In fact, on one Saturday in March, one punter observed nearly 100 anglers turn up to fish the popular lake throughout the day!

Above right: Ollie McKenzie with a nice 6lb tagged rainbow from the recent release.

Unfortunately the lucky tagged fish was not caught, so we randomly drew a winner from the tag entries, and we're pleased to announce Lou Franklin as winner of the $500 Henderson's voucher!

Despite its popularity, Lake Argyle consistently produced the goods throughout the season, and great fishing was had by anglers of all ages.

In particular, staff were delighted with the large numbers of families successfully fishing the lake.

This release was funded entirely by TrustPower and it's hoped it will significantly boost the trout population in these rivers.

We're hoping that anglers were able to catch some of these beauties before the season finished on April 30, if you're reading this in early May. All of the fish had been tagged and their adipose fins clipped.

These fish will spawn this winter and contribute to enhancing the river naturally.

The trout are excellent specimens with many in the 3kg-plus range.  So if you saw or caught  any tagged fish, please let us know.

In the past 12 months, Fish & game staff have released around 1200 large trout into the upper Branch and Leatham Rivers, and from all indications, the fishing has been very good.

During the unseasonably warm December flows, many rainbows left the warmer mid-lower Leatham seeking the cooler waters of the Branch below the confluence.

Some fantastic fishing was had there for a time which was backed up from our drift dive count in this stretch, which saw the biggest number of large fish for years. 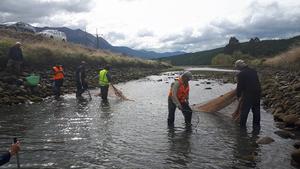 Staff and volunteers worked hard over two days to salvage 331 trout and a number of eels.

Recently TrustPower carried out their biannual dewatering and maintenance of the Lake Argyle hydro scheme, in which the lake and canals were dewatered for silt removal.

Most of the lake and canals were drained for the operation, and Fish & Game staff and volunteers were on hand to rescue stranded trout.

Many of the remaining trout in the lake managed to make it to the remaining deeper waters where they'll easily survive the few weeks until the lake is refilled.

Three hundred and thirty one trout were salvaged from the lake and lower canal including 302 large trout, and a number of eels were also rescued.

Using the fish transporter, the trout were immediately transferred to the Leatham and Wairau Rivers, with some of the ripening hens kept for hatchery brood stock.

Contractors have finished the silt removal and the lake has now been refilled, however due to the unstable muddy  substrate, water clarity is still poor and may take some weeks to return to normal.

In saying that, fishing may still be possible for the residual trout, which would have worked up a fair appetite after a few weeks on minimal provisions.

Once the lake settles down, we'll be releasing 200 rainbow trout back into the lake, again funded by TrustPower.

Some of these fish will be in excess of five kilograms, which we hope will entice local anglers into some winter fishing.

Staff would like to thank members of the Marlborough Freshwater Anglers Club, as well as Bevan De Groot for their help on the two days.

Here’s a reminder that if you have any salmon heads in the freezer, please let us know and we’ll arrange collection.

The heads will be used to take DNA samples in order to trace the origin of the salmon.