Sometimes, especially on high country lakes, it pays to wait until mid morning if you are fishing form the shore for the fish to become more active.

Camping at the Coleridge Lakes 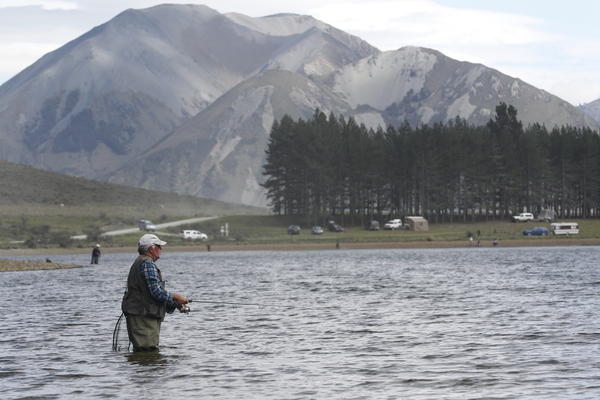 Above: Anglers at Lake Georgina 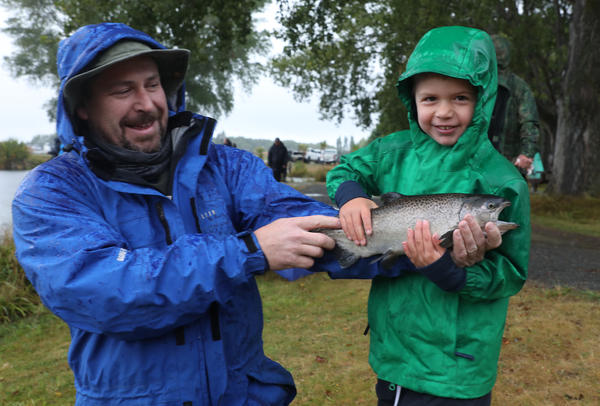 Around 400 young anglers braved the rain and cold to enjoy themselves at the Groynes Junior Fishing Lakes in March.

Above: One happy young angler with his catch.

Below: Anglers braving the rain. 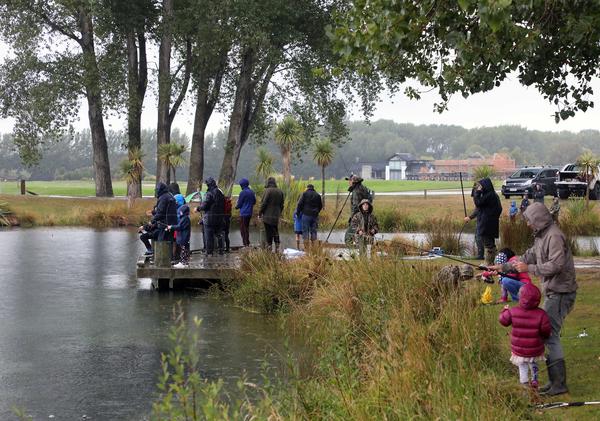