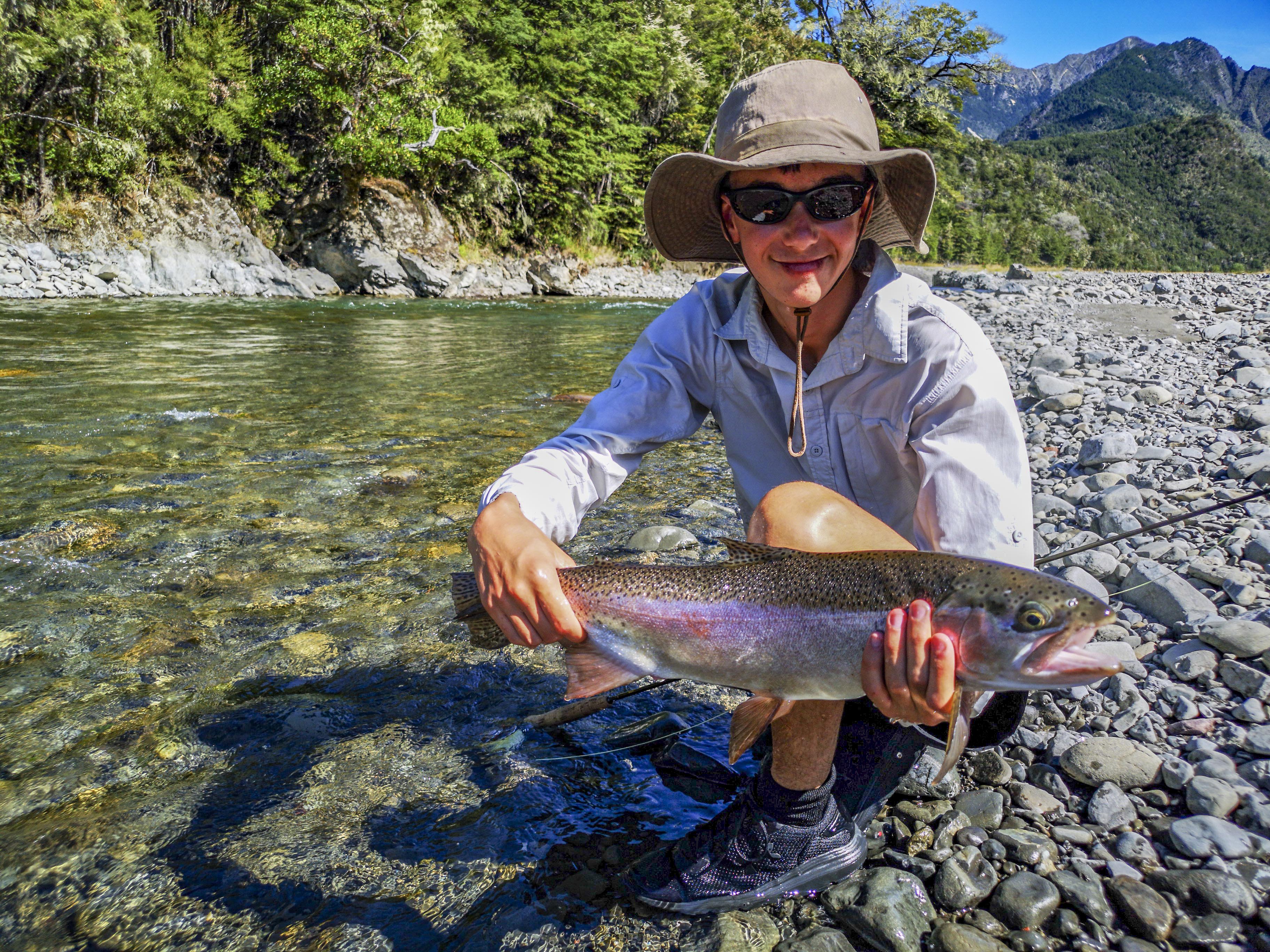 Angler feedback suggests there has been some great fishing on our backcountry waters recently, and with autumn fast approaching, there is no better time to head into the wild.

Nights are cooling down meaning better daytime water temperatures, and fish will be trying to stack on condition for the winter ahead.

There’s a high chance you may also have the river to yourself too, we’ve sold over 1000 less non-resident licences in this region this season, so fish have had far less pressure than what they’re accustomed to.

March and April are some of the best months to be on our wilderness waters, make the most of it!

Salmon to be released

Programmed maintenance has nearly concluded on the Lake Argyle hydro scheme, where work on the intake and spraying of aquatic weeds at the top of the lake saw the lake held at a low level during the month of February.

Fish & Game will be releasing salmon into the lake in the first week of March.  Some of these fish have grown very well since the first release before Christmas, with most fish around the 2kg mark. 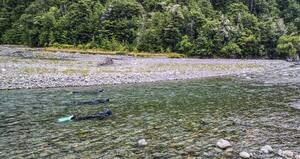 Drift divers on the Branch River

Staff have been making the most of the fine weather and donning wetsuits to see how the trout population is doing in various rivers.

Recently the Branch and Leatham rivers were dived, as well as the Riuwaka.

All rivers made for some decent reading, with the Branch and Leatham recording fairly normal numbers of fish, and the Riuwaka River having good numbers at the site below the South/North Branch confluence.

It was pleasing to see more fish than normal in the lower Riuwaka (below the State Highway bridge), which, thanks to F&G’s advocacy efforts, now has better trout habitat in the form of overhead cover.

There is still plenty of work to be done here through the creation of deeper refuge areas, and we hope the strategic placing of a few large rocks to create scour/depth will eventually benefit this lower part of the river.

The Motueka and Wairau will be dived next, then staff hope to get down to the Murchison area to complete one or two more rivers before the end of the season.