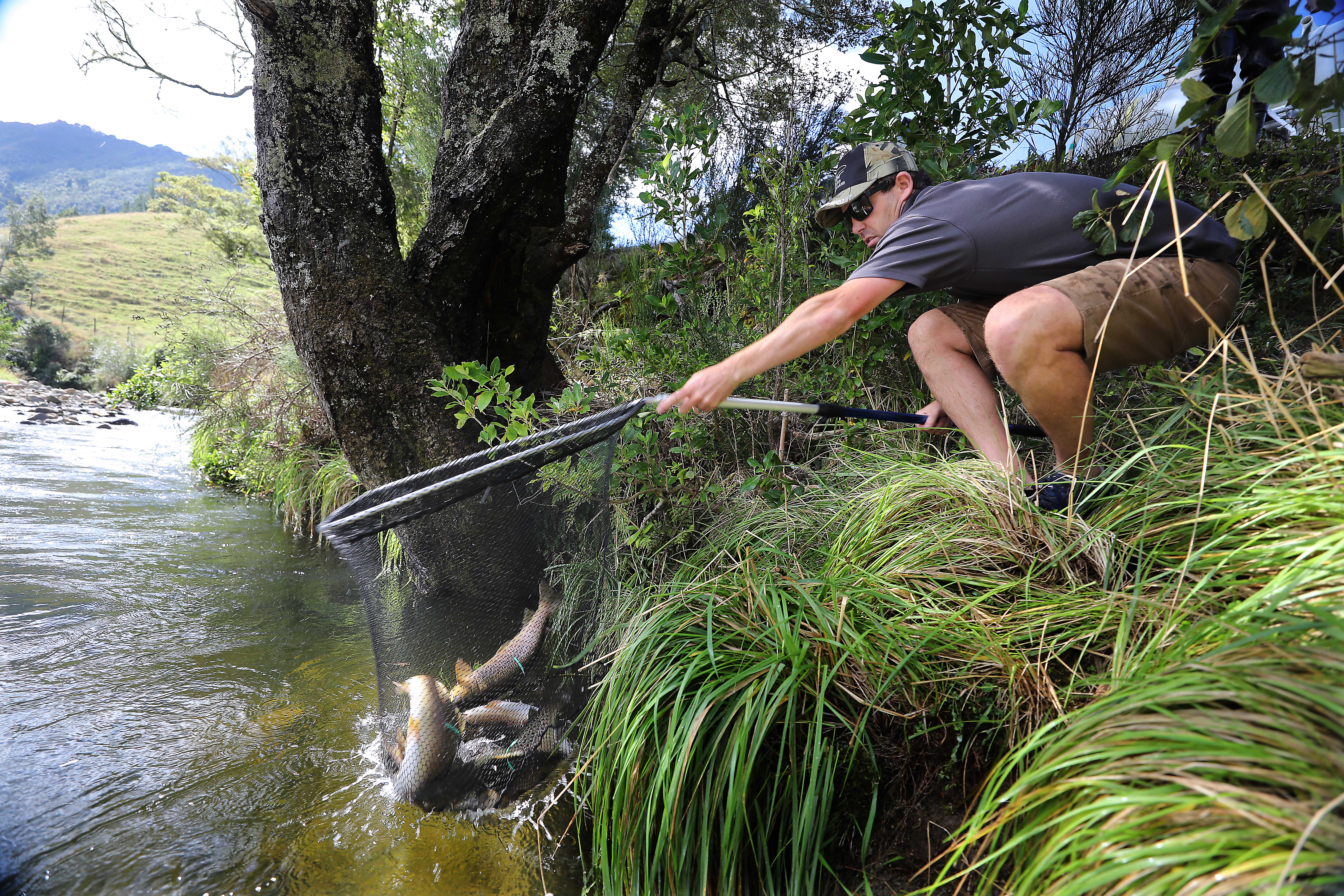 Trout flying bright green streamers were released into the Riuwaka River during a day-long operation in mid-March.

One hundred and fifty brown trout which had been raised from fish caught in an adjoining tributary were tagged, trucked and released into multiple sites throughout the Riuwaka River by Fish & Game staff.

The fish that were released were part of 1000 fish which had been electrically fished from a Motueka River tributary, so they were effectively the same genetic stock.

The trout were taken over to the Wairau Valley where they were raised in ideal conditions in Pieter Wilhelmus's hatchery to improve their chances of survival.

The average weight of the fish was 1.1 kilograms, however a number of fish around  2kgs were included. 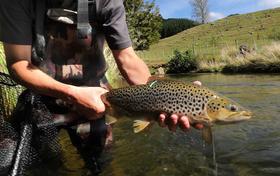 Staff believe the decline over the past decade or more is due to a mix of devastating flood events, as well as human influences such as willow removal and unfavourable  river engineering works.

With the trout only able to spawn in the main stem of the Riuwaka River, there have been issues with juvenile trout recruitment and the trout population has suffered as a result.

Fish & Game asks that anglers who catch the tagged trout release them if possible in their first year, and let us know the tag number, date, time and location of the fish caught.

Cawthron research on the Motueka River shows that high flows in October/November have a detrimental impact on future counts of medium and large fish within the six dive sites (1km each) that are conducted on this river every year.

In fact this spring and summer has been the opposite from last year’s El Nino induced weather, which at the time saw the Motueka reach December flows by October!

A standout dive this year was undoubtedly the massive numbers of trout observed within the Lake Argyle canal, where staff noted it was like counting “walls of fish.” 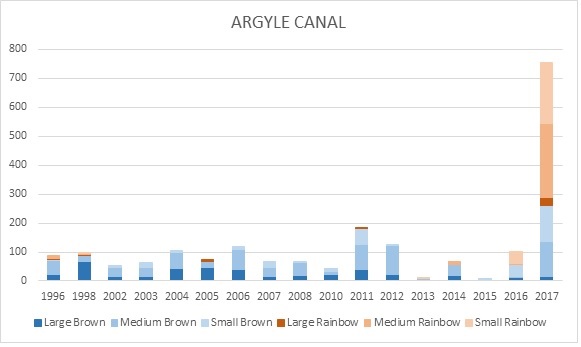 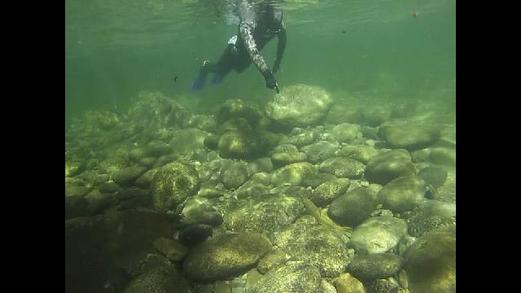 A number of heads have been handed in, however we still need more to be able to complete a decent sample size.