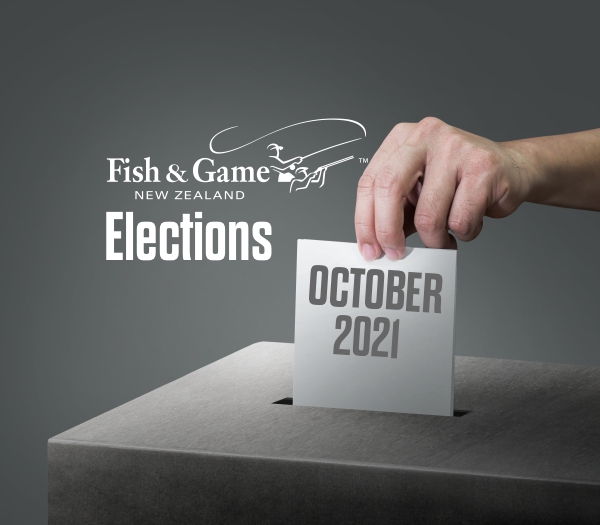 Anglers and hunters throughout New Zealand need to check they are enrolled to vote now that candidates in the 2021 Fish & Game elections were confirmed today.

Nominations for the 12 regional Fish and Game Councils closed last Thursday (26th), and all candidates have now had their eligibility confirmed by ElectioNZ.com.

With more nominees than positions in six Fish and Game regions, those regions must have an election this year.

Fish & Game licence holders in the Taranaki, Wellington, North Canterbury, Central South Island, Otago, and Southland regions will receive voting papers shortly if they are on the electoral roll.

Acting Fish & Game New Zealand Chief Executive Dianna Taylor says, “As a “user pays, user says” organisation, it’s time for licence holders to have their say. Licence holders need to check that they are on the roll to ensure their voice is heard. Now is their chance to have their say on who they want to represent them.”

“Fish & Game receives no taxpayer money and is funded only by our licence holders; we are an independent voice for them, protecting the activities that kiwis have done for generations. But Fish & Game need licence holders to have their say; to guide us in where the organisation heads.”

Voting is open to all 2020/21 adult whole season fishing or 2021 game bird licence holders; the electoral roll closes at 5 pm on September 8.

If licence holders don’t remember ticking the box when they purchased their fishing licence last year or their game bird licence this year, all they need to do to check they are on the electoral roll is give their regional Fish and Game office a call.

Once on the electoral roll, you will receive voting papers ahead of the election period, which runs from September 16 to October 8. You will also be able to vote online.

All election results are announced on October 12, and the newly elected councillors take office shortly after that.