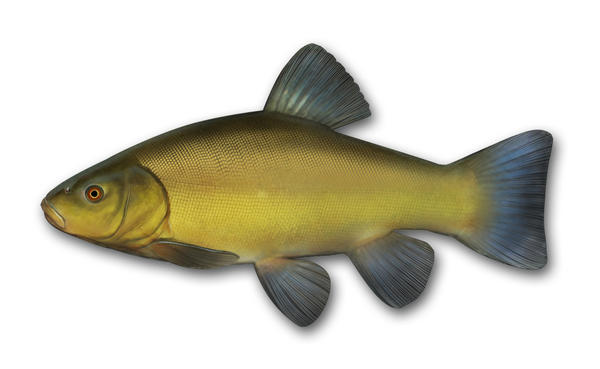 Tench are found in slow, often deep waters and are well known for their ability to survive in poorly oxygenated water where other fish would die. They are deep-bodied muscular fish and are very strong swimmers when they are caught on a rod and line.

Usually, tench are dark olive, or smaller fish are brown to a brassy tan colouration. They have a distinct brick-red eye.

In the wintertime, tench hibernate in the mud at the bottom of deep pools.

To catch a tench is quite a challenge as they can be very particular when accepting a baited hook. A float is usually employed to present the bait; often, the area to be fished is pre-baited to bring tench within casting distance of the angler.