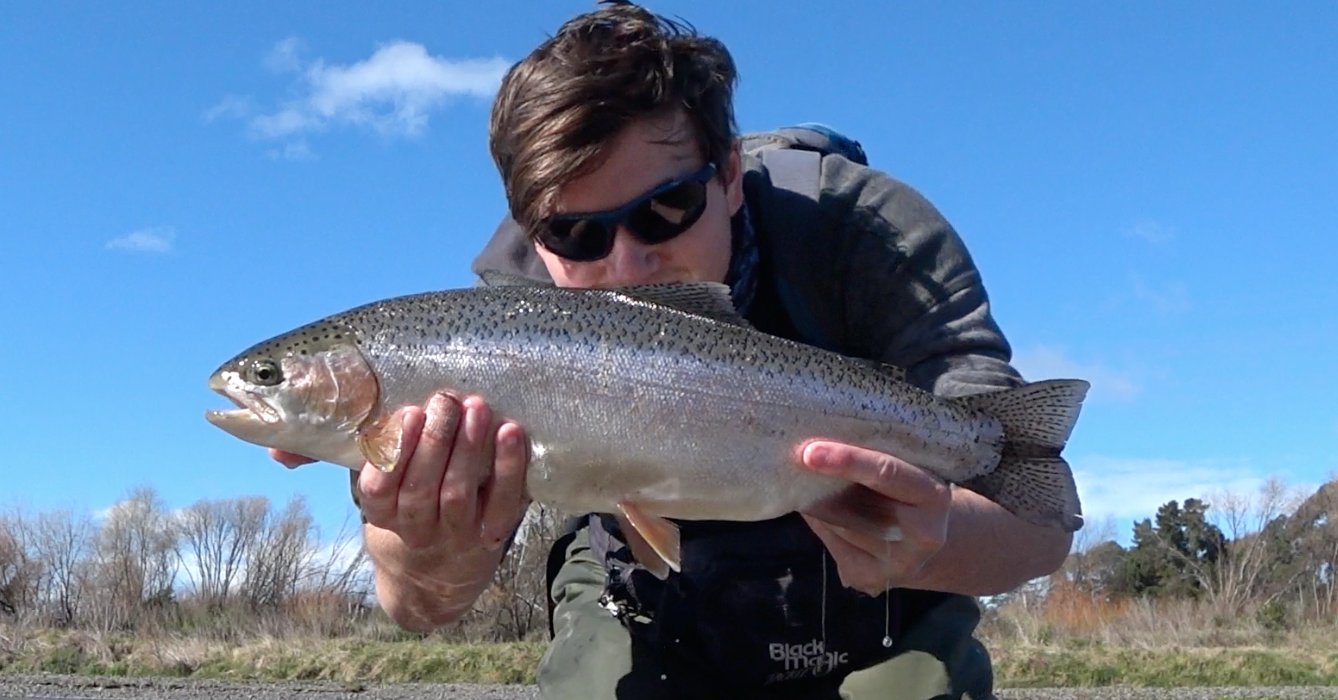 With a new season upon us, Hawkes’ Bay anglers are spoiled for choice when it comes to choosing a stretch of water to try their luck on.

Fish early on in the season should be more easily approached and less likely to be spooked having been left alone by anglers over the winter months.

After a winter of poor to average feeding due to the colder temperatures the fish may not be at their best condition but they will now be actively looking for food.

Above right: Blair Whiting with a nice Rainbow from the Tutaekuri

With the onset of warmer temperatures, fish will be taking advantage of the invertebrate larvae that are hatching and landing on the water surface.

However, it’s not all easy going when it comes to spring fishing.

There are many challenges that face anglers including the unpredictable water flows brought by spring rain which can make the water turbid, dirty and cloudy.

But this shouldn’t deter you.

This is due to the rapid draining effect that comes with the steeper terrain around the head waters and upper catchments and also not having the additional muddied water that enters the main flow from the smaller tributaries and drains common in the mid and lower reaches.

It is a great time of year to get out there and discover some new spots; you never know what hidden gem you might uncover!

To avoid the last minute rush, be sure to get your licence now and any other fishing gear you need to stock up on.

Early preparation will make your opening day less of a rush giving you more time on the water.

Good luck to those heading out on opening day and good luck to all for the new season ahead!

There is no change in the regulations for the 2019-20 fishing season.

Anglers are still encouraged to make sure they are familiar with the regulations relating to the particular section of river they are fishing.

As I write, the rains have finally come.

It has been a few months of low rainfall and certain rivers were getting quite low namely the Tutaekuri and even the Tukituki.

Over the long periods of sun the river dropped to a perfect level for a number of weeks providing many opportunities for catching a sight fished trout.

Many of the fish were holding between Taradale and Puketapu.

Fish were starting to colour up into spawning but were still in great nick.

A good number of anglers have made use of the river in recent times and the rain will be a welcome change for the trout running up to spawn.

Trout were averaging around the 4lb mark with some over 5lb still present.

Including this extremely fat fish caught just above EIT.