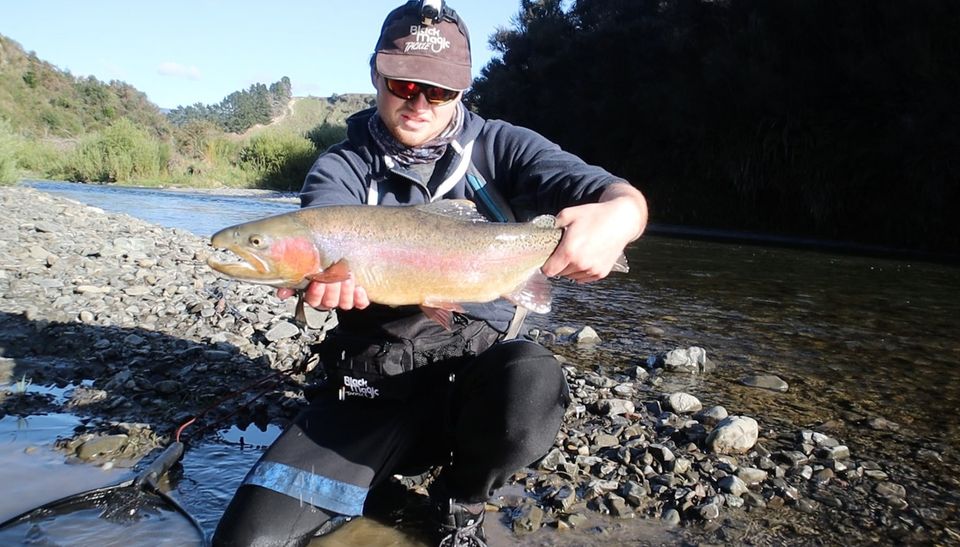 The weather was not too kind on the days leading up to Opening with a cold snap bringing snow to the tops, some rain and some wild wind.

Most of the tributaries stayed clean, however,  and allowed anglers to sight fish in some of their favourite early season spots.

With the majority of the main stems coloured up, the tributaries were very busy but still produced great results with some anglers reporting well over 10 fish caught on the first day.

The Tutaekuri was one of the main river systems that remained largely clear so saw an increase level of angler action over the first few days.

Plenty of fish were caught with rangers even helping on the net! The majority of trout seem to be healthy and in good shape but a few were still recovering from late spawning.

Above Right: Blair Whiting with an early season Jack still holding some condition.

Over the previous two months staff have been busy out monitoring spawning activity on the Tukituki, Waipawa, Makaroro, Makaretu, Tukipo, Mangaonuku and the Esk.

Monitoring showed high spawning activity in many tributaries which is good to see after a very dry summer.

This will be followed up with electric fishing surveys starting next month, giving us an indication on how successful the spawning was and what to expect in terms of recruitment to the local population.

Anglers are also invited to participate in an online angling diary.

The more anglers involved, the more data will be gathered and the more useful it will become.

Thanks to all those anglers that are currently sending in their fishing information; the data is gratefully received and used to produce more accurate fishing reports.

Please contact the office if you are keen to participate and to find out more about how you can help!

Staff and honorary rangers were out ranging across the Hawkes Bay region on October 1st from the Aroparoanui in the North to the Tukituki catchment in the south.

Over 40 angler contacts were made on the day with a couple of anglers being checked twice by rangers on different rivers.

Overall, it was great to see everyone enjoying the start of the new season and playing by the rules.

Thanks to all our honorary rangers that assisted on the day.

With a mixed bag on the long-range forecast over the four-day holiday weekend here in the Hawkes Bay, make sure to make the most of the fine days and enjoy what this region has to offer. 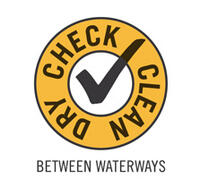 Please keep vigilant for aquatic pests, report anything unusual and remember to Check, Clean, Dry if moving between waterways.

River flow information for the region’s rivers can be found here on the HBRC website.

It pays to check before heading out to avoid any disappointment:

Looking for some new season spots or new to the sport?

Click here to find out where to go by using the following link to give you a good idea of what opportunities are out there!

Stay safe out there and good luck!