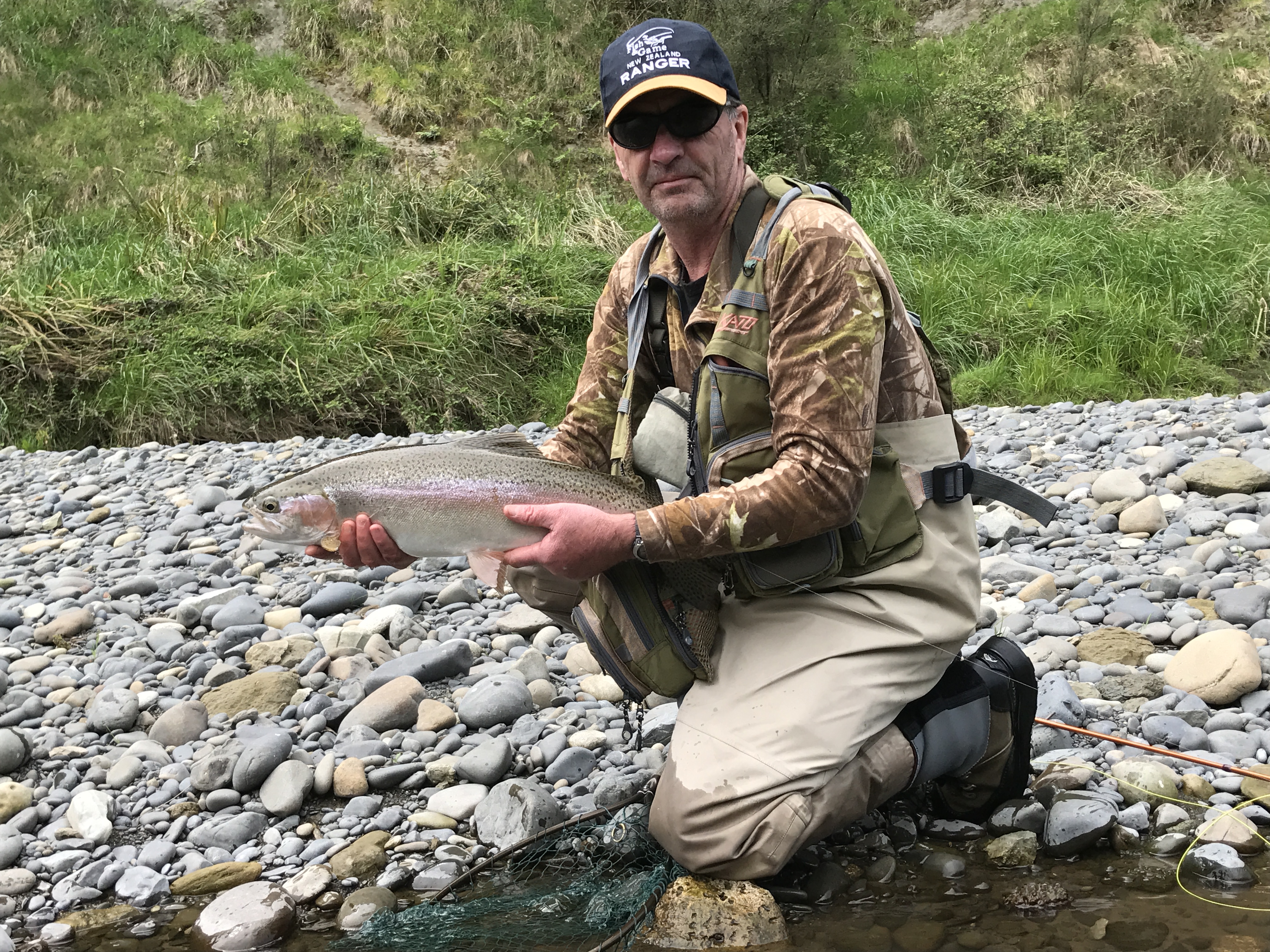 The rain thankfully held off so that Opening Day of the new trout fishing season wasn’t a washout for anglers this year.

After a very wet winter here in the Hawkes Bay, there were plenty of keen anglers waiting for the upper reaches and tributaries to open at the start of October.

We were fortunate to also have help from local Police who were keen to assist with our compliance checks and this was well received by anglers and local landowners.

A total of 31 angler contacts were made on the day with a couple checked twice by rangers on different rivers.

Overall, it was great to see everyone enjoying the start of the new season and licenced and compliant.

A big thank you to our rangers who were on the job.

This river has been running higher than normal for most of the winter and conditions were fairly challenging for anglers at the start of the season due to the increased flows.

However, a few anglers have been successful targeting browns during October, largely in the section of river upstream of the SH5 road bridge through to the Mangatainoka confluence.

These browns have averaged 440mm and 0.88kg (2lbs). A total of five rainbows were also measured and weighed over the last month and averaged 494mm and 1.2kg (2.6lbs). They were all recovering from spawning.

The heaviest rainbow reported through the online angling diary was a jack measuring 520mm and weighing 1.6kg (3.5lbs) had been caught nymphing.

Rainbows from the mainstem of the Tutaekuri River have averaged 390mm and 0.8kg (1.8lbs) with a number of these being young maiden fish.

All methods have been successful early in the season and some of the larger trout should start showing up over the next couple of months.

A sample of five rainbows from the Mangatutu Stream (Tutaekuri River tributary), averaged 503mm and 1.5kg (3.3lbs) with the majority also recovering from spawning.

The heaviest rainbow from the Mangatutu Stream was a hen measuring 550mm and weighing 1.8kg (4lbs) that was caught Czech nymphing.

The Mangaone River, another tributary of the Tutaekuri River, has been a popular spot for anglers since Opening Day, with anglers reporting good numbers of trout being caught.

The fish have been of a good size but  not in great condition after spawning this winter.

Please take care when releasing these trout as many will recover and put on condition ready for anglers fishing during the summer months. 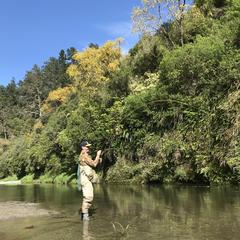 There have been mixed reports from the Tukituki this month, with some anglers struggling to find fish with increased flows and the river holding some colour at times.

However, some of the smaller trout caught around the 30cm mark have been in excellent condition, which is encouraging.

Anglers have already been successful targeting fish with dries but swinging nymphs or short line nymphing can be effective at this time of year.

A sinking line with a weighted woolly bugger can also be effective especially if the river is up slightly.

The Mangaonuku Stream has also been a popular location for anglers early in the season.

As with many of the other rivers mentioned above, the condition of the trout has been varied so far, this season.

Some nice hens have been caught around 3.5lbs in weight but there are still some skinnier fish present that are recovering from spawning.

One rainbow kept by an angler nymphing on Opening Day measured 480mm and weighed 1kg (2.2lbs).

A rainbow trout kept from the Mangaonuku Stream on October 1 (Photo Barrie Hart).

Make the most of the good weather and fishing opportunities available and enjoy what this region has to offer.

Please remember to Check, Clean, Dry if moving between waterways.

River flow information for the region’s rivers can be found via a link on our website and it pays to check before travelling further afield to avoid any disappointment.