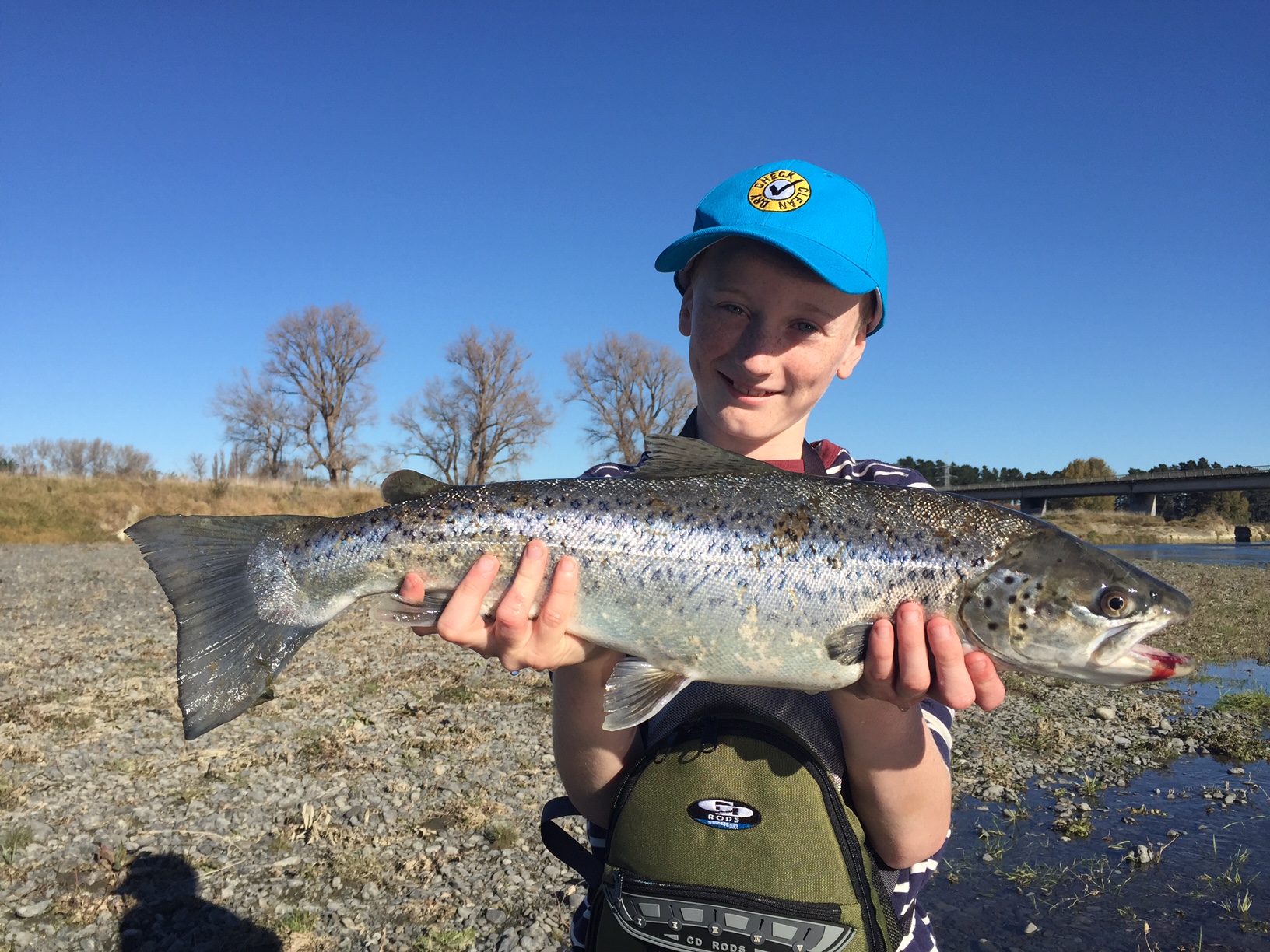 May has continued to be a wet month for the Hawkes Bay region with periods of weekly showers and over 40mm recorded over two days in the middle of the month which was enough to colour up the rivers and make several of them unfishable for a number of days.

The temperatures have also dropped which should start to encourage some fish into spawning mode. If this weather pattern continues, we could be in for a cold and wet winter!

Above Right: Success for Tommi Joyce with a brown caught spin-fishing.

The increased flows and cooler water temperatures will encourage the trout to move up into the upper reaches and smaller tributaries where their focus will be on spawning over the next four months.

Smaller tributaries of the Tukituki River such as the Waipawa and Tukipo can be worth a fish at his time of the year.

The Mangaone Stream (tributary of the Tutaekuri) can also fish well especially after a flood.

Some anglers ventured out in early May on the Tutaekuri once the river had settled down again after the floods and picked up some nice rainbows.

The Tutaekuri tends to be one of the earliest rivers to clear after a flood and is often fishable when other local rivers are still too dirty to fish.

Although the recent flooding has moved some of the trout around, one angler reported seeing a few pods of fish starting to congregate although getting the fish to take a fly wasn’t easy.

They reported that a dry fly and dropper nymph encouraged a strike but found the group of fish to be rather spooky after that first encounter.

It was reported that some of the pods consisted of about 30 trout.

Swinging a small wet fly can often get an early result before the rest of the group get disturbed once a trout is hooked. 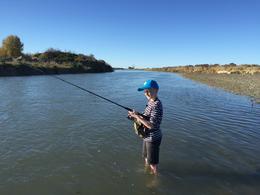 The lower reaches of some rivers can be productive areas to spin fish during June especially if the rivers are up slightly or receding after a small flood.

For example, the lower reaches of the Ngaruroro River can be a productive area for both browns and rainbows using small bladed spinners such as mepps.

This can be a great way to introduce children into the sport of trout fishing.

The Mohaka River can fish very well over the winter months especially when the river clears sufficiently between flood events.

Once again, spinning can be effective in these conditions as can a heavy sinking fly line and weighted lures such as rabbit flies and woolly buggers cast across and down.

If nymphing, try tungsten beaded nymphs in sizes 10-14 and select the sizes depending on the size of the river and its flow.

Nymphs such as hare and copper, pheasant tails and copper johns with gold beads will work over winter.

Small trailing nymphs such as pheasant tails and flashbacks in sizes 16 or even 18 are worth a try.

Even brightly coloured glo-bugs can be effective in the coloured waters over the winter period.

Two young men caught fishing without a licence earlier this year in the upper reaches of the Mohaka River had their date in Court during April.

The men who also provided the Ranger with false details were convicted on both charges and each ordered to pay Fish and Game $500.

For those who are unaware, the winter licence enables anglers to fish from April through to the end of September (6 months) at a cost of $75 for an adult.

So, for those of you who are a yet to fish this season, and are keen to get out over the next few months, be sure to purchase your winter fishing licence and get out there.

Fly fishing on the rivers is available all year round in the Hawkes Bay region but anglers are reminded that some tributaries and upper reaches of some rivers close at the end of June and don’t open again until 1 October and so please check the region’s regulations to be sure of what waters are open before heading out for a fish.