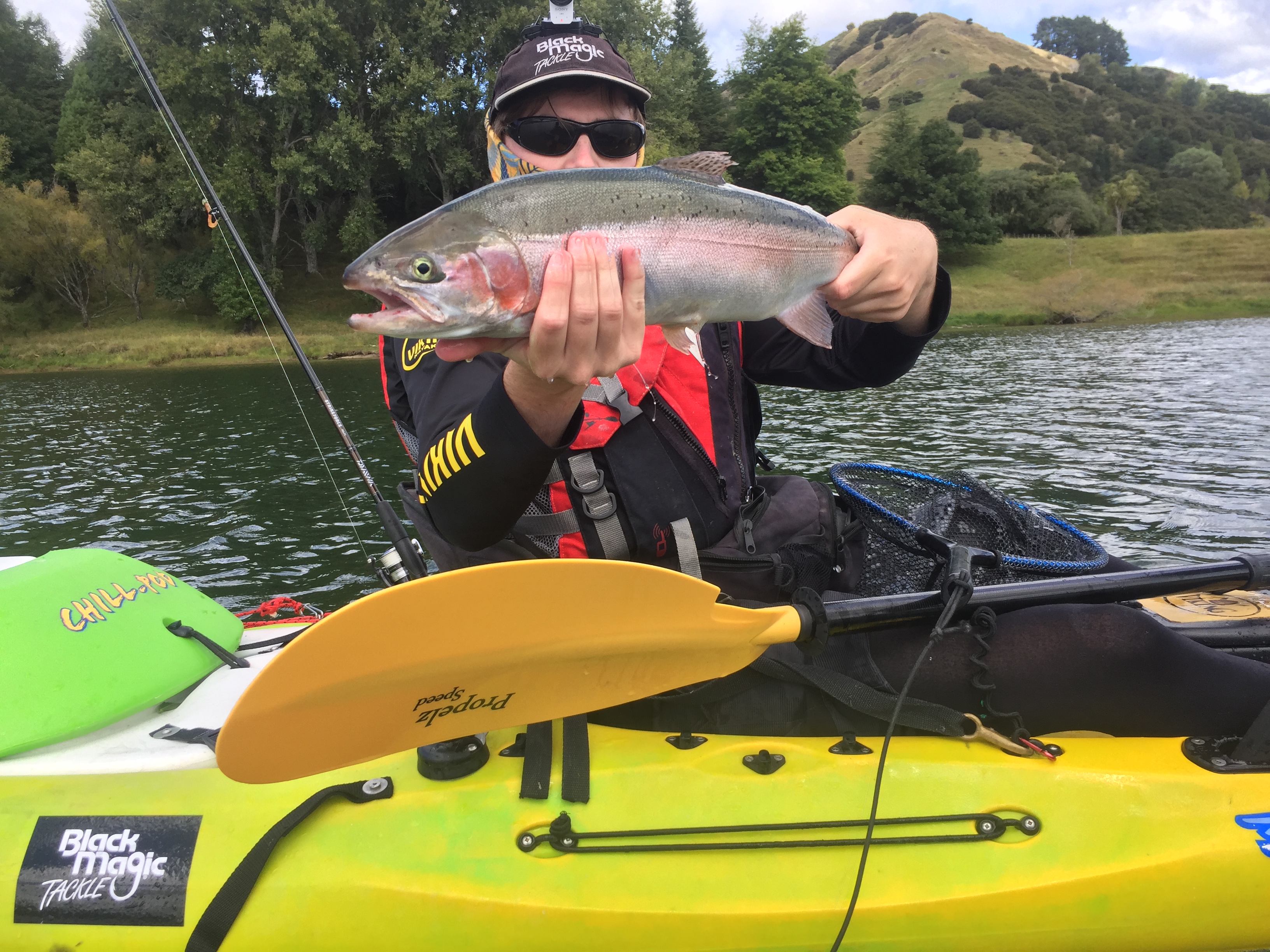 Summer conditions are still holding on and rivers are still in want of some much-needed rain.

There was a small drop of rain on March 11th , but hardly enough to really notice if you weren’t on the river on the following few days as that’s all it took to drop back down.

Although low rivers bring with it unwanted problems in many of our lowland river, there are some  benefits.

For our lowland rivers this means that fish are congregating around cooler inflows of water.

This may be at the confluence of a spring creek or somewhere in the river itself where there is an upwelling of cooler water.

In either kind of location, large numbers of trout can be found seeking the cooler water.

Don’t be fooled though, they’re not always easy to catch.

In our bigger backcountry rivers, it makes trout more accessible in a different way.

As the river gets lower, the river channel narrows and the pools get shallower.

This not only makes the fish a little more concentrated and not so hard to cast to or get a fly down to, it also makes the rivers a lot easier and safer to navigate.

In higher flows the Ngaruroro and Mohaka rivers especially can be hard rivers to navigate.

Slipping on a river crossing can sometimes lead to a swim down the rapid if you’re not too careful on these bigger rivers.

With low flows like we have now, slipping should only result in some wet gear and few laughs from your fishing buddies, as long as you chose your crossing point wisely.

In either scenario, safety comes first, if in doubt don’t cross!!

Staff recently finished the last of their drift dives, this time on the Mohaka River.

These dives to count fish hadn’t been done for a while, so it was great to get back into this river and have a look.

The plan is to continue this work for a number of years to provide another decent data set from the river.

The counts didn’t show much of a change from the last time we did this work, which was good to see; that the river is still holding decent numbers of trout.

There were also some very impressive longfin eels seen as well! Luckily we weren’t on their lunch menu!!

Staff were joined by local angler Blair Whiting on lakes Waikopiro and Tutira for an afternoon to measure the condition of any trout that were caught.

Waikopiro had a bad summer last year and there was a big fish die-off in the lake.

Sounding around in the lake didn’t produce much in the way of fish sign, but hopefully there may still be a handful sitting on the bottom that couldn’t be seen, and this year’s release of 50 to 100 juveniles could still be doing okay.

After a few hours on Waikopiro, efforts shifted to Tutira.

It wasn’t long before Blair was picking up plenty of fish sign in about seven metres of water and about half an hour in, the first fish was landed.

The condition of this fish was nothing short of outstanding; a really nice fat, healthy-looking fish.

The second one that was landed was in similar condition as well.

It just goes to show that Tutira shouldn’t just be considered a winter fishery.

Although these trout were holding in a very specific depth due the water temps, etc.

A kayak or rowboat  and decent sounder is all that is required to really increase your chances in summer.

With such good conditioned fish coming through summer, it can only bode well for some good fishing this winter when more anglers start heading to the lake.