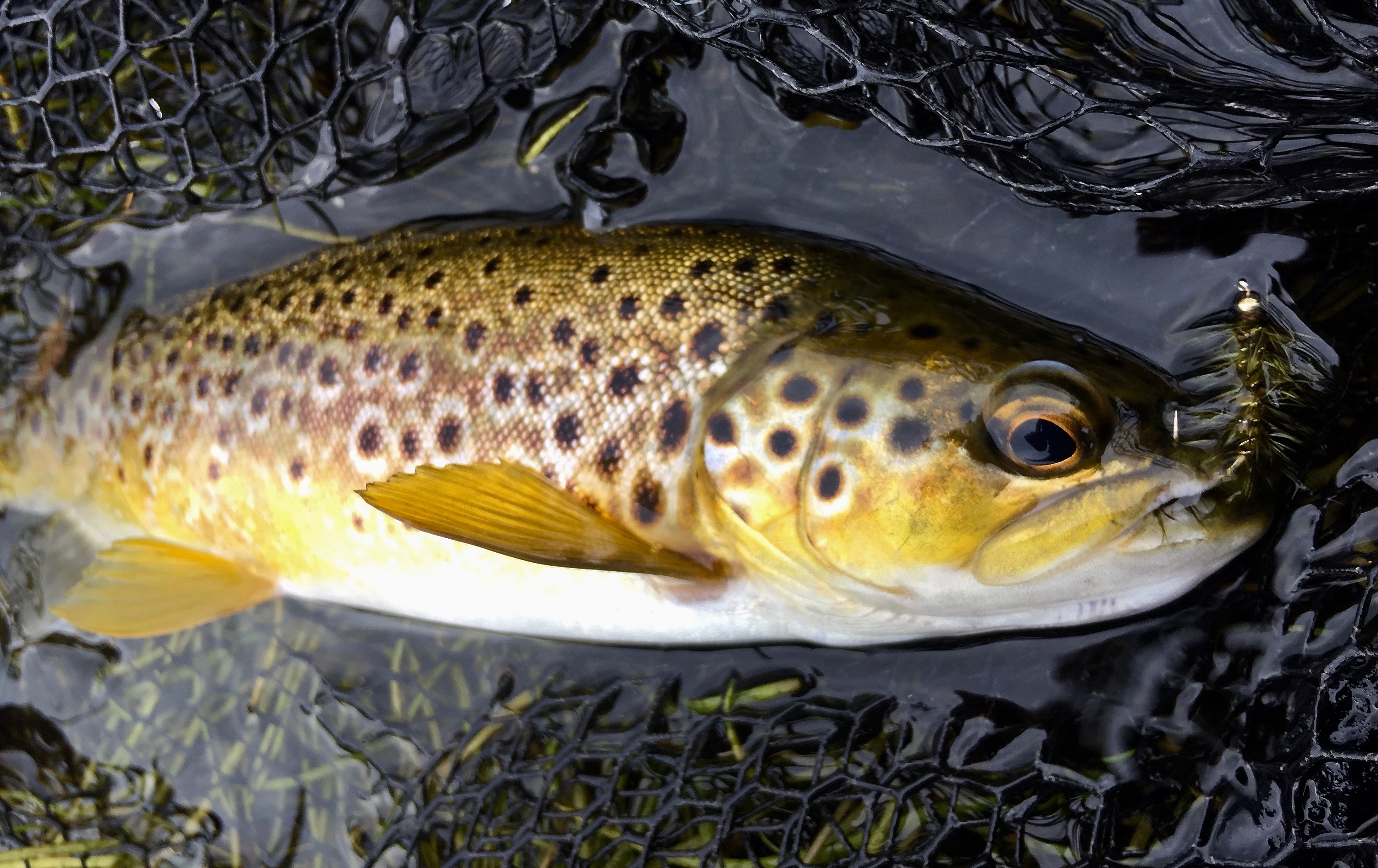 The temperature is hot and the cicadas are singing their chorus which means there’s bound to be great fishing!

And why not keep cool by wading knee high with a rod in your hands?

With little rain Hawke’s Bay’s rivers remain low with some of the smaller tributaries dried up altogether.

The low flows and warm water had concentrated the trout prior to the floods with many fish seeking deeper backwaters and pools.

The Regional Council monitoring station at Red Bridge on the Tuki saw water temperatures rise up into the high 20s – we ask all anglers to take extra care while fishing during these hotter months to reduce the effects of stress on the fish that if often exacerbated in periods of high temperatures.

We are in some pretty serious drought; the rivers are all very low and mostly clogged with weed.

Even though there are a heap of obstacles don’t let it stop you from getting out there and having a go.

Look for colder water and fish in the mornings and evenings.

Trout struggle in heat so make sure you take care when practicing catch and release.

This river as usual has dropped right down to a trickle in sections, with most of the water below Fernhill is hot and weed filled.

I would recommend travelling up country to find the higher flows above Ohiti road, through to above the Whanawhana cable.

Trout are bunkered down in cold backwaters waiting for some rain too.

I recommend only fishing where the water is cold since the trout cannot survive hot temperatures.

The average size was up into the 4 lb range.

There are plenty of good fish still throughout the system, but mostly in the deeper holes.

I am expecting the fish to fatten up towards 6 – 7lb into March and April.

This is due to the amazing condition many of the fish were in after spawning.

I’m picking there will be a good chance at hefty rainbows once there is some rain to move them around a bit.

Even though it is hot you will still find good fish throughout the system.

Even though the river can be full of weed, don’t let this stop you having a ball on trout.

Fish are lined up feeding hard right against the willows, sometimes in ankle deep water.

I have talked to a number of people who have been doing very well.

With some rainbows over 5lb and some very fat browns rounding out the catch.

Hare and copper are the go-to flies.

Try all of the available water; the fish can be in very fast water.

I recently did a trip up to the Twin Lakes for a day trip.

It was quite cloudy, so the fish weren’t rising as much as normal.

The damselflies weren’t hatching and there wasn’t much other insect activity.

When the lake is like this pop on a woolly bugger.

I caught and released eight stunning browns over the morning and into the afternoon.

The lake is very low at the moment which takes out some of the better sight fishing areas casting a fly and retrieving it near any of the clear water between weed beds was having immediate success.

A bit of weight is required on the fly to get it down, since most of these fish are cruising in deeper water.

Keep it simple for when you head up.

I passed by these rivers on the way home from Dannevirke and observed a good proportion of the waters beginning to dry up.

The Tukituki, Waipawa and Tukipo are the only ones left worth having a go in.

But I would save them for when some rain bumps up the flows.

Posted in Reel Life; Posted 24 months ago by Default Admin