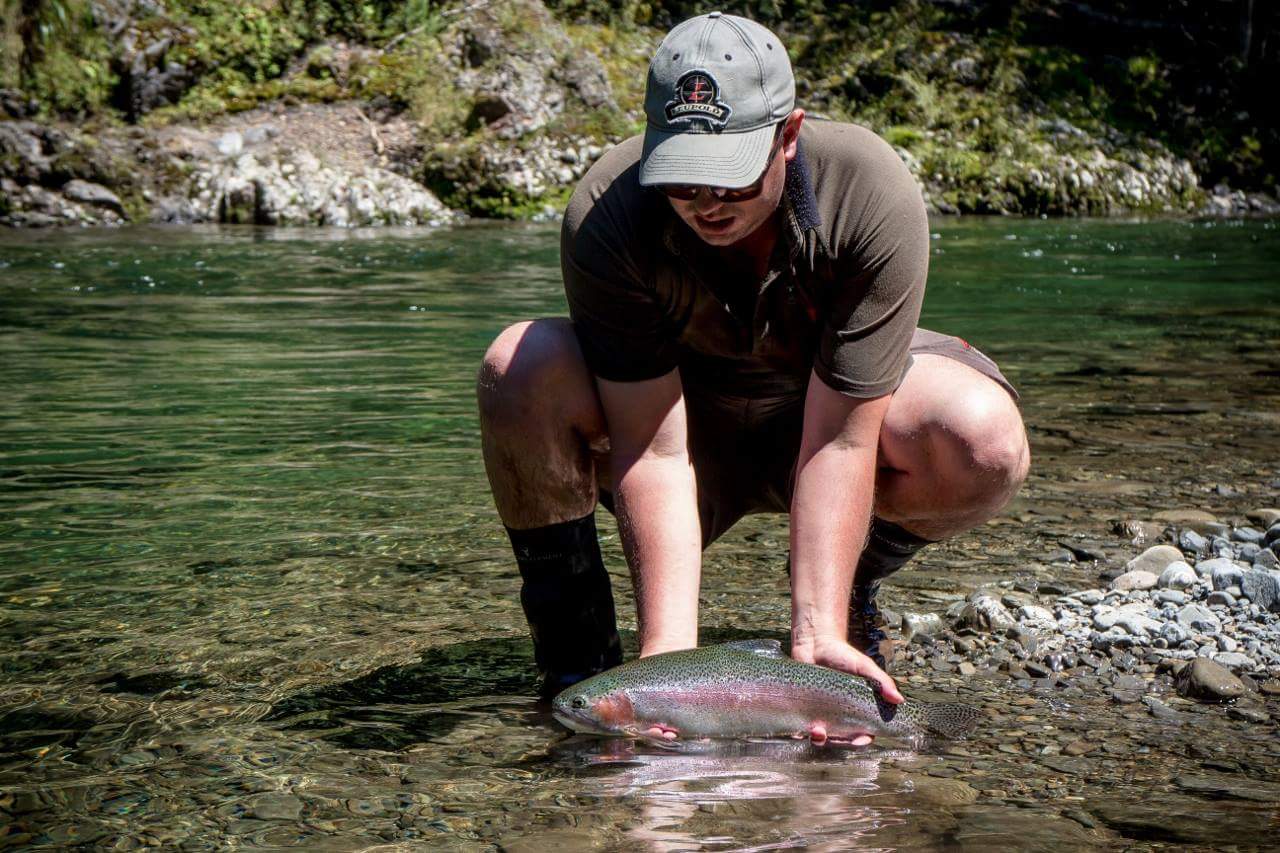 The first half of February has been relatively wet with a return to some cooler temperatures.

This has had an impact on our ability to get into some of the headwater fisheries to undertake drift dive counts and trout monitoring projects.

At the time of writing the sun has returned and the cicadas are chirping again but Cyclone Gita is scheduled to hit NZ soon bringing more wet weather and strong winds!

The cooler air temperatures and slight increases in flow at this time of year will have benefited the trout after some extremely hot weather during late January.

A very good cicada hatch has been reported on the upper Mohaka River so far this year.

There have been good numbers of anglers fishing upstream of the Blue Gums and they have been doing well with large cicada patterns and have had good success in targeting browns.

Anglers spin fishing have also done well catching rainbows in this upper part of the river.

The lower reaches of the Ngaruroro have also been producing some solid rainbows in the 350 to 400mm size class that have averaged just under a kilogram and been in excellent condition.

A sample of 25 angler-caught rainbow trout from the upper Ngaruroro during January averaged 521mm and 1.6kg (3.5lbs), with an average condition factor of 40.1.

The heaviest rainbow reported was a hen measuring 635mm and weighing an impressive 2.9kg (6.4lbs). These fish are similar to a sample caught back in 2012.

The Tutaekuri River upstream of the Mangaone confluence has been fishing well with good numbers of well-conditioned juvenile rainbow trout between 250 and 400mm being caught this month.

The heaviest rainbow trout reported through the online angling diary was a hen measuring 520mm and weighing 1.8kg (4lbs).

Please be aware that there is no public access at this point and please respect this as private property. Apologies for any confusion that this has caused. This will be amended on future access pamphlets. 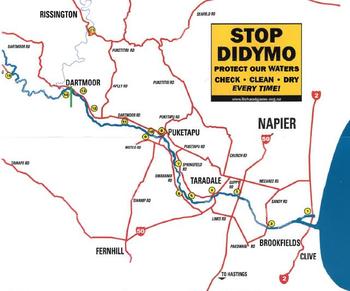 The Sport Fly Fishing Regional Championships were held in the Hawkes Bay over the weekend of 3 & 4 February during a cooler period this summer.

It was encouraging to hear that there were really good numbers of trout caught up to a couple of pounds in weight after a few years of very few smaller fish being caught.

The river has been in good shape after a wet winter and there has been noticeable growth of vegetation along the gravel beaches.

Anglers are reporting less sediment and sand in many of the pools this year.

The condition of the young rainbows in the 100 to 200mm size class has been excellent and they have had a great start to life this season.

The evening rise should continue into March on the Tukituki while the evenings stay warm, and provides a great way to introduce juniors to fly fishing.

Some of these juvenile trout put up a better scrap than some of the larger trout and on light gear can be a lot of fun! 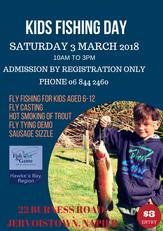 This has been limited to 50 children aged between 6 and 12 years-old who haven’t attended a fish out day before.

Please contact the office on 06-844 2460 to book a spot. Bookings are essential as numbers are limited. Admission by registration only. All fly-fishing gear will be provided.