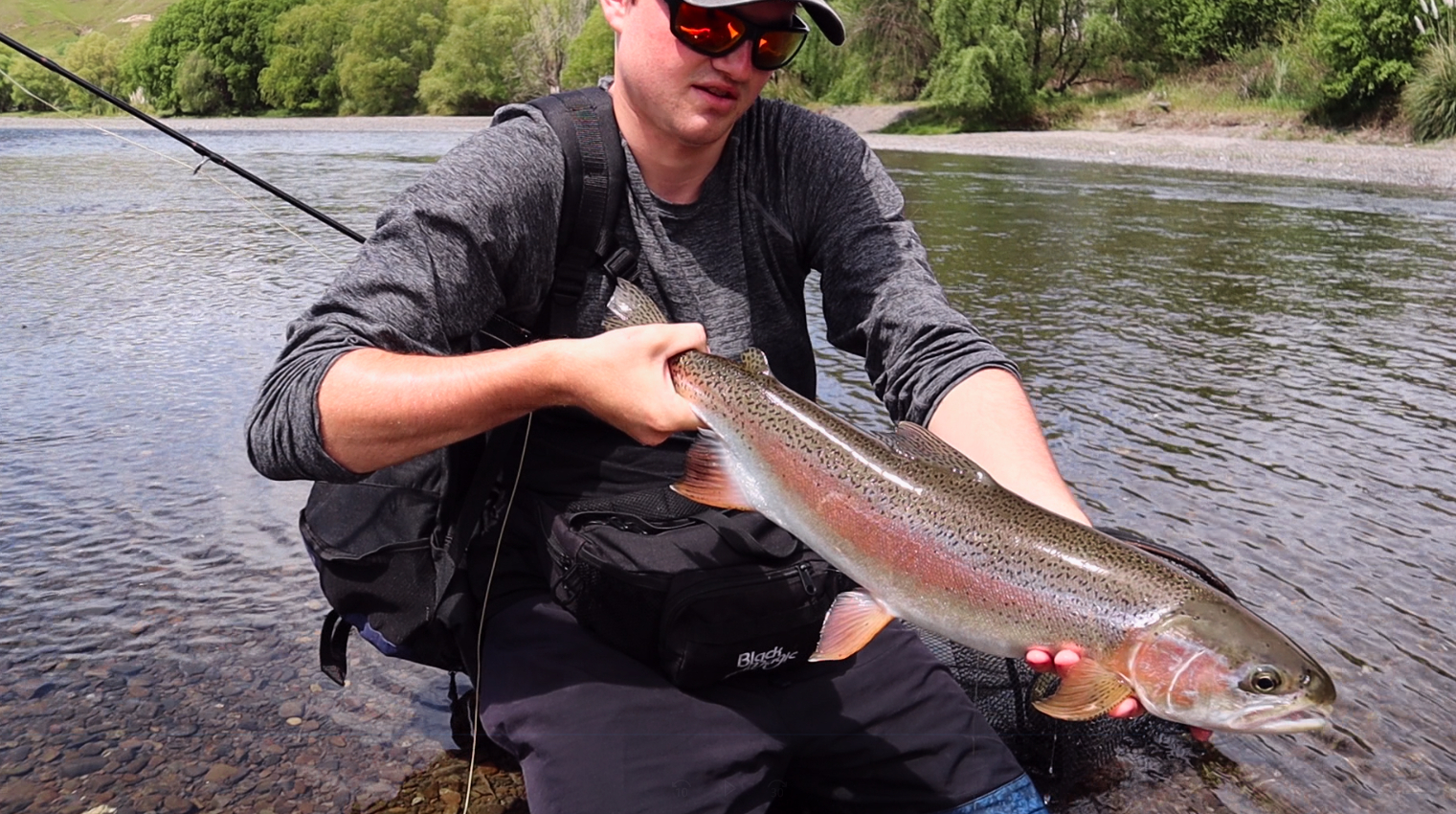 Spring has well and truly sprung. October has come and passed, and with it, some excellent early season fishing.

November has brought us plenty of rain and some very hot temperatures, causing trout to drop down lower in the catchment to find cooler, deeper water.

Our monitoring so far this spring has shown good juvenile recruitment.

The Esk, in particular, looks to have had one of its best spawning seasons in recent years, which is great to see.

The Ngaruroro hasn’t dropped below about 20m/sec at Fernhill, keeping up its very murky appearance.

Recently it peaked at 110m/sec giving the system a big flush.

Fishing is always tough on this river when the fish are spread out across a huge area.

When the Ngaruroro is running high, spinning is often a better option.

Covering the water with a small soft plastic, hardbody or classic toby is the key to making captures with so much water in the system.

Now that the snow is all but gone from the ranges, the river can settle down.

The best fishing is to be had right as the river drops to crystal clear, but before the algae builds up.

There is a lot of fish to be caught, and that clean water won’t be far away. 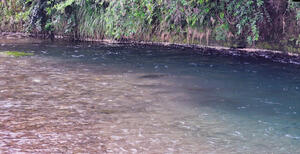 The Tutaekuri has been unexpectedly coloured for the past week and a half due to three consecutive thunderstorms up in the hills.

Before it had coloured, it was running nice and clean, with only the deepest pools unspottable.

The river had plenty of pressure over October, which wasn’t surprising due to the quality of the fishery.

This rain will be a good break for the trout, and there should be some good fishing in the coming weeks.

The level is steadily dropping and should be sight fishable by this weekend as I write.

Rainbows had dropped back fairly early in October down into the lower river and will be widespread throughout the lower reaches.

I have witnessed higher densities down lower than anywhere, so make sure you visit a few different access points to gauge where trout are located.

Fish are often found holding next to drop-offs like the one pictured above, so keep an eye out for fish sheltering out of the current like this.

They are typically relatively easy to tempt.

The Tukituki peaked recently at 193m/sec, flooding much of the bed and changing many of the pools.

Afternoon thunderstorms and rain in the ranges haven’t been helping the river to drop, but a week of warm sunny weather will soon sort the level out.

I have always found the Tukituki to fish best as it’s dropping from just murky to clean.

The algae levels are very low, the fish are unsuspecting, and there tends to be a whole lot of caddis and mayfly activity.

This is also the perfect time to fish a streamer or wet-fly on the edges of pools.

Plenty of browns are waiting to be caught, along with rainbow trout, which have been washed down into the lower reaches. 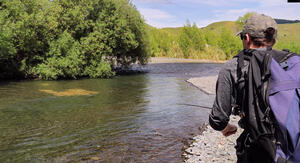 The CHB tributaries always benefit from a good weather event as they tend to heat up over Summer.

Most trout are dropping back into the main stems of the Tukituki and Waipawa.

But plenty will be left if there is enough food and water to sustain them.

Look for the deepest parts of the rivers to find where the fish are hiding.

Hawkston opened its waters to anglers on the 1st of November.

You will find a good stock of fat Rainbow trout present in this beautiful little spring-fed lake.

Tagged trout were stocked last spring, and it will be interesting to see just how much a year in the lake does to their condition.

There is always plenty of insect life like damselflies, water boatmen and dragonflies for fish to eat.

Some big fish have been pulled out in the past, and I hope to tangle with a few myself this season.

Posted in Reel Life; Posted 2 months ago by Default Admin