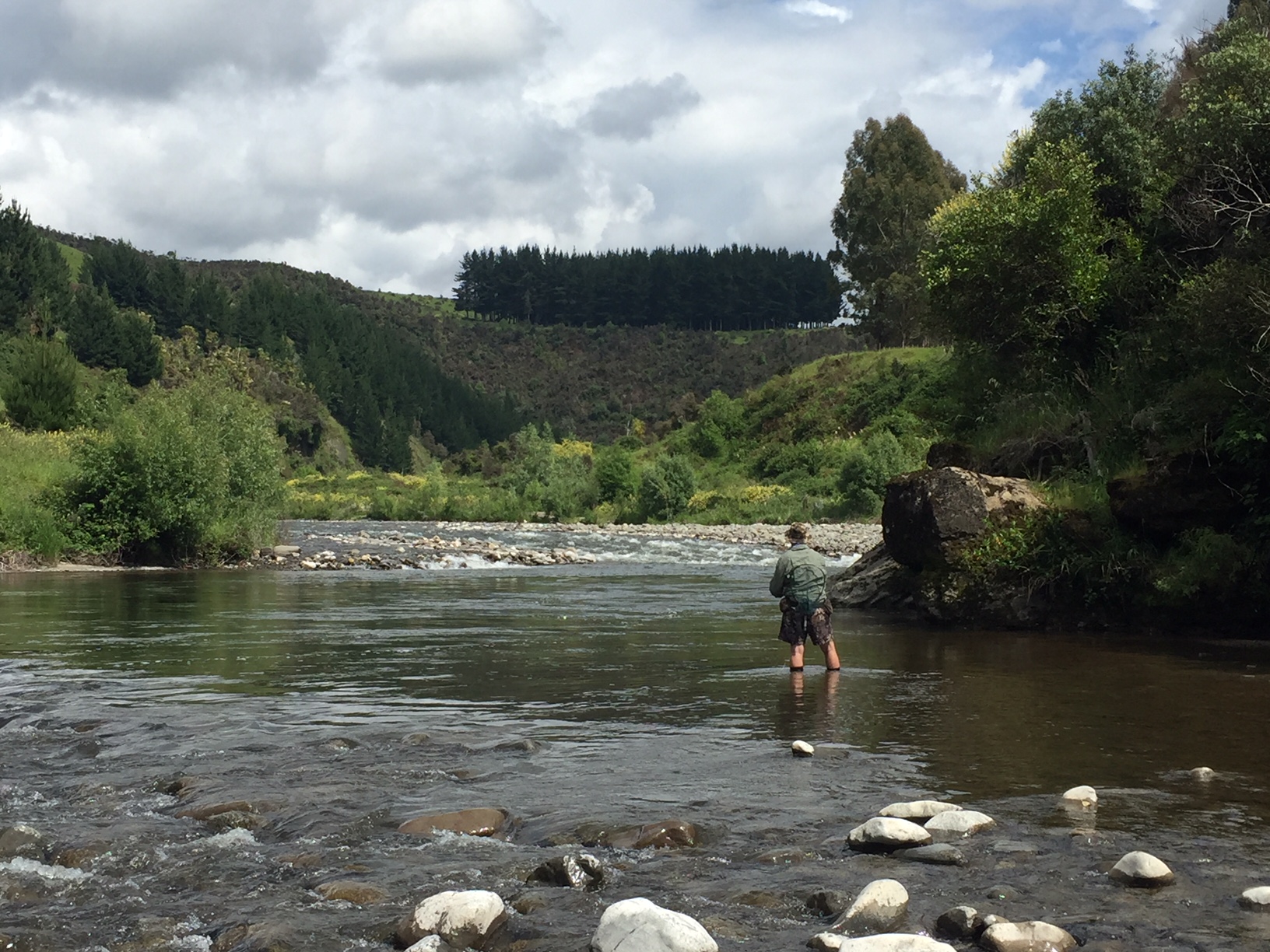 Temperatures in Hawkes Bay have already reached 30OC during December as we enter early summer.

These warmer temps have had many of the trout looking up to the surface and there have been some good reports of fish taking dry flies during the day across many of the region's rivers and streams.

An angler fishing the Mohaka River upstream of the Pakaututu Bridge.

A dry fly with a nymph suspended half a metre beneath it has also been working well when fishing shallower riffles and drop offs.

Foam lines are also worth a look at this time of year, as this is where some trout will be making the most of terrestrial insects being carried downstream.

The Mohaka  River has continued to fish well, especially upstream of the SH5 road bridge with some nicely conditioned browns featuring in the catches. 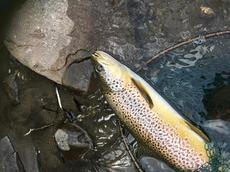 Trevor Saunders hooked this nice fish in the Mohaka River.

Mohaka rainbows have averaged 483mm and 1.2kg (2.6lbs) so far this season, with an average condition factor of 39.

Both the young maiden browns and rainbows have been in excellent condition while the older fish are still largely recovering from winter spawning.

The heaviest rainbow reported so far, recovering from spawning, was a hen measuring 600mm and tipping the scales at 2.05kg (4.5lbs). She would have been an impressive fish before spawning earlier this year.

Rainbows measured and weighed by anglers this season have averaged 453mm and 1.2kg (2.6lbs) with the heaviest rainbow a hen measuring 630mm and weighing 2.45kg (5.4lbs). She was taken on a size 16 pheasant tail nymph while fishing the lower reaches.

The condition of the younger maiden fish has been impressive this season and is encouraging. Rainbows caught during the same period last year were smaller.

A sample of 29 rainbows measured and weighed from the Tutaekuri River this season have averaged 406mm and 1.1kg with a number of smaller trout in the recorded catches.

As with the other rivers, the condition of the juvenile trout has been good this year indicating that they’ve had a good start to life.

The heaviest rainbow recorded this month was a jack measuring 570mm and weighing 1.6kg, a recovering fish.  Twenty rainbows greater than 350mm in length averaged 469mm and 1.3kg (2.9lbs).

A small sample of rainbows from the Mangaone River during December averaged 465mm and 1.2kg with the heaviest fish reported at 1.5kg (3.3lbs).

A significant thunderstorm in mid-November in the upper Mangaone River caused the river to turn chocolate and deposited a lot of silt and sediment throughout large sections of the river. This will take time to move through the system.

The release of 500 tagged brown trout yearlings was completed in mid-December in the Maraetotara Stream. These yearlings were released upstream of the Ocean Beach Road bridge.

Each trout has been Floy-tagged with a yellow tag. Please keep an eye out for these tagged fish and report any tagged trout you catch over the next couple of years to Fish & Game, to go in the draw for a free whole season fishing licence.

A further 50 tagged yearling rainbows were released into Lake Hawkston in December to supplement this small lake fishery near Patoka.

This lake is open to licenced anglers until the end of March, a new fishing opportunity for lake anglers. Please contact owner Dave McPhee on 06-839 8666 to arrange access.

There are a number of tagged trout in this lake and information on any tagged fish caught would be greatly appreciated. 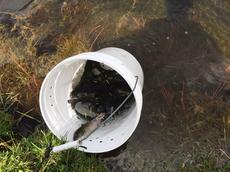 Fifty yellow-tagged rainbows being released into Lake Hawkston during December.

A reduced liberation of about 1700 rainbow trout was also completed in Lake Tutira during December of approximately 1,700 trout. About 200 were also released into neighbouring Lake Waikopiro.

The first stage of the hearing for the Water Conservation Order application was heard during November and early December for the upper part of the Ngaruroro River. The second part of the hearing covers the lower section of river downstream of Whanawhana and is not expected to begin ntil July 2018.

Make the most of what the Hawke’s Bay region has to offer this summer and explore new areas. Please ensure that you keep your licence on you while fishing to save unnecessary paperwork – and keep an eye out for our rangers patrolling the rivers and lakes this summer.