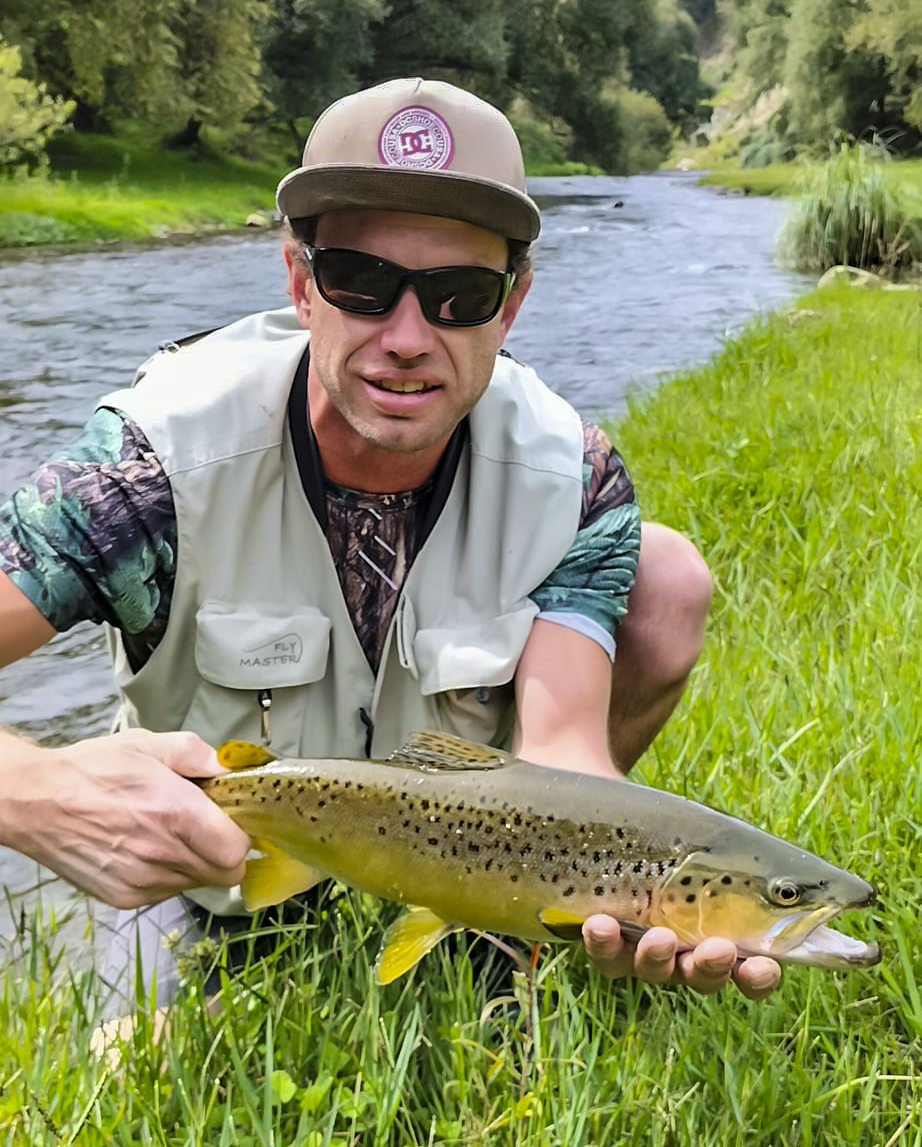 March has really delivered this year, with great fishing had by both fly and spin anglers across the region.

Even though we have been getting some rain, only the Esk has become discoloured, and all systems have remained fishable.

This month I’ll be going over some fishing spots very close to town with lots of fish present.

These areas fish well during our cooler months and remain open for fishing during the spawning season.

Above Right: William Adams with a quality Brown Trout, the first for him this year. 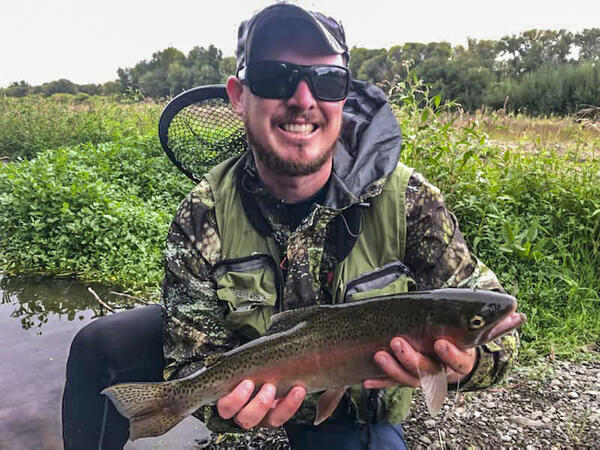 Stuart Wales braved the weather to capture this nice Rainbow.

The Ngaruroro has a wide array of access points in its lower reaches.

Starting at Fernhill, there is some excellent fishing with rainbows varying widely in size.

Most start around 15cm and go right up to over 50cm making this a great area to spin fish to the smaller, more aggressive fish.

As you head down through Twyford, Carrick Road and Ormond Road are great options for anglers looking for good backwater fishing.

There is nearly always one formed at the expressway bridge.

Often these fish down lower are feeding on smelt in the stillwater.

A silver fly or lure would work nicely.

This stretch gets quite busy with swimmers during summer but thins out in autumn.

Above and below, the waiohiki bridge usually holds fish in the fast water.

Up at the Omarunui Road access point, fish can be found year-round in the pools above the carpark.

I rate this area as one of the best winter locations on the river.

When a nice deep pool forms, you can find some excellently conditioned rainbows which haven’t gone up to spawn.

During spring, this area can produce some monster sea-run brown trout also.

The Tukituki meanders its way very close to Havelock north.

The closest access point is located on River Road.

This section of the river holds huge deep pools up against the willows.

These huge volumes of water are pretty hard to cover even with a spinner, so I recommend sticking to the head of the pool in the faster water.

From here down to the ocean, this section holds a much higher concentration of brown trout than any other town fishery, with large wary fish usually holding in shallow water near the willow trees.

Browns will be found cruising the backwaters year-round and require a good cast to hook.

Rainbow trout are always plentiful year-round, but the larger fish only really appear over the height of summer before winter, where the average size drops down to a more modest 1 – 2lbers.