Elections are now complete and results are in 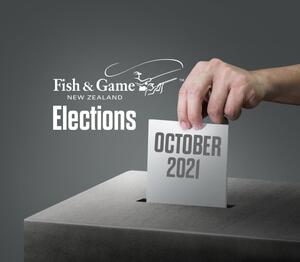 Fish & Game’s elections held every three years were held this year – to choose councillors to represent the interests of anglers and hunters in each of the organisation’s 12 regions.


2021 Candidates
The candidates standing for council in each Fish & Game region are listed below. *You can read all the candidate profiles...
Learn more

Election - FAQ's
Fish & Game manages freshwater fishing and game bird hunting for the country’s anglers and hunters. It is what is known...
Learn more